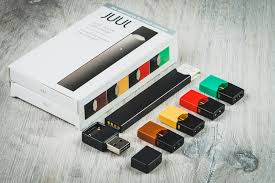 Vaping is proliferating in Connecticut schools.

Imagine you could buy, in thousands of convenience stores across Connecticut, packs of heroin disguised as fruit-flavored candies. Imagine if people walked the streets, tricking your daughter into these “delicacies.” Imagine the double life she would be forced to live, begging or stealing to feed her addiction. Imagine significant trepidation, anxiety, and depression — all happening at once — munching away her soul like parasites. Imagine your children living like zombies, enslaved by a craving that damages their hearts, lungs, and brains, ruining their relationships, their education, and their prospects for a future.

It would be treated as a state emergency. Sales of the candies would immediately be banned. The DEA would be mobilized. If existing laws were deemed insufficient, new legislation would be rushed through Congress. It’s not hard to picture this response, is it? Yet the mass deceiving is happening. And nothing changes.

According to the Connecticut Department of Public Health, the number of high schoolers using e-cigarettes has doubled since 2015. One in five high school seniors report vaping — a skyrocketing rate that shocks the conscience. Fran Thompson, principal of Jonathan Law High School in Milford, closed several bathrooms so teachers could monitor the remaining ones.

Hall High School in West Hartford did the same, closing four bathrooms from January through the end of semester. “It’s always concerning when you see students make decisions that have a potential to have short- and long- term health risks.” said Principal Dan Zittoun.

Indeed, among the likely risks of vaping, researchers now believe, is a “remodeling” of the brain, changing the threshold for addiction to other substances. “As teens become addicted to nicotine, they are more likely to become users of other tobacco products as well,” says Jonathan Klein, Professor of Pediatrics at the University of Illinois. He adds that “nicotine is not just addictive, it’s toxic”— it stunts the growth of lungs as well as minds, raising the risk of lung cancer, stroke, and infertility.

How will this affect the Toxic Generation: in other words, teens lured into nicotine addiction by e-cigarettes? This new generation of smokers is not just accidental — companies deliberately target teens. The most popular brand, the Juul, experimented with over 8,000 e-liquid flavors — strawberry, passion fruit, mango — to create an illusion of “health benefits.” These flavors are an important factor that appeals to teenagers, even tricking 60 percent into thinking that Juuls are nicotine free. The company employed a combination of buzzy parties and free samples to attract youth users. These patently youth-oriented campaigns have created a cannibal industry: the companies ate teens’ future to satisfy their greed.

All the work that happened, all the public health campaigns, all the money spent to eliminate tobacco use for kids has been undone. Heavy metals, carcinogens, nicotine, toxins dig deep into their lungs, leak through the serous membranes, and bite into the alveoli cilia like a leech, shattering the lungs into morbid cavities filled with heavy black carbon deposits. Might we have triggered a lung cancer time bomb, that could explode in 40 or 50 years?

The only difference between the absurd scenario with which this article began and reality is whether the detriments are short-term or long-term: the government regulates the immediately lethal heroin rigorously while overlooking the more insidious e-cigarettes. But this makes no difference to their health. The 1.5 billion candy packs are still on sale and greedy businesses lure our children to unknowingly inhale nicotine every step they take. Add the fact that there is little research on the effects of vaping, and we have a generation of teens who are guinea pigs for this parasite industry — an industry that profits by sucking youth and vitality out of our children.

This is a state emergency. As three million— more than 20 percent — of America’s teens made the uninformed decision of vaping, it is a national emergency. So why don’t we react as we would if the casualties were immediate, and ban the sale of addictive “candies”? While the Centers for Disease Control and Prevention recommends Connecticut spend $32 billion on tobacco prevention, the state has budgeted nothing the past three years toward youth vaping programs that help smokers quit. Connecticut, Tennessee and West Virginia are the only states that provide no funding for such programs.

When state budget falls short, only palliatives remain. In desperation, Connecticut Rep. Liz Linehan, resorted to cutting down the number of e-cigarette flavors available for purchase. It’s as if saying the solution to alcoholism and underage drinking is to ban craft beer. With nicotine in e-cigarettes as addictive as heroin, you might have hoped that federal agencies and health organizations would have made it a priority. But where is Save the Children? Where is Americans for the Protection of Children? Where is National Network for Youth? Where is Children’s Defense Fund? Vaping ban is off the agenda. Why?

There are two reasons. First, e-cigarette companies devise marketing strategies to cultivate the image of decent corporate citizens. Juul insisted it intends to help adult smokers quit when — in actuality — it sent an email blast in June asking consumers to oppose proposed federal regulations on vaping flavors. The industry began sponsoring youth prevention efforts in the 1980s as a way to forestall legislation, but studies found that they did more harm than good — nothing more than just marketing ploys. Second, while no one has a commercial interest in spreading heroin addictions, there is a massive global lobby blocking effective action against vaping. Juul Labs, spending $560,000 on lobbying from July to the end of September, has increased expenditures on lobbying efforts by 167 percent — following a period of heightened regulations on e-cigarette industry. If you take on vaping ban, you take on the combined might of some of the world’s fastest growing and most profitable industries. Public health crisis is the tangible manifestation of corruption.

What are current inadequacies in legislation that need to be addressed? First, state laws failed to regulate e-cigarette packaging — with e-cigarettes disguised as USB drives, teens hide them up their sleeves, obstructing efforts of prevention and monitoring. Even worse, companies endanger kids by marketing the products to resemble juice boxes, cookies or lollipops. Second, state legislation failed to address the lucrative black market in teen social circles — even though sales to minors has been banned, it would only take an enterprising underage teen with an older sibling to keep a whole school stocked up on Juul pods.

The solution is political: confronting the power of this lobby, overturning the state government it has captured, eradicating its active presence in Congress, then imposing exuberant excise taxes on e-cigarettes and banning the sales outright except for the purpose of helping adults quit smoking. We have been abandoned by those who claim to defend our children from addiction. So we must mobilize.

Zimeng Fan is a senior at Hall High School in West Hartford.