Two monuments, but only one to be proud of

On Saturday, April 28, I attended the ceremony unveiling a monument in New Britain for the Borinqueneers – the Puerto Rican Infantry Regiment of the U.S. Army. The audience members were dressed up for the occasion holding Puerto Rican flags, veterans were in full uniform, and it was a festive environment full of pride. It was a culmination of six years of hard work to find a location, seek state funding and obtain city support to commemorate a unit that became a national icon in Puerto Rico and among Puerto Ricans on the mainland for their heroic combat role, especially during the Korean war.

The speeches made by the governor of Puerto Rico, Gov. Dannel Malloy, Sen. Richard Blumenthal and most important, by State Rep. Bobby Sanchez, who secured the funding for this project, were very meaningful to the audience, most of whom were members of the New Britain Puerto Rican community. Many shed tears when the national anthem of Puerto Rico was sung.

There was, however, another monument in the making in New Britain. 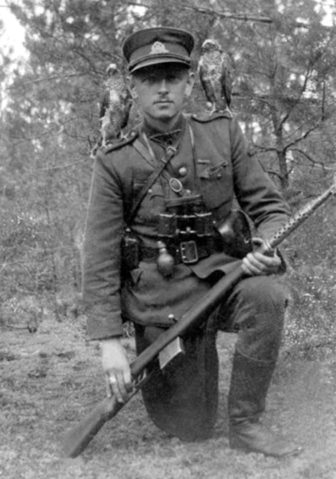 Last summer, the speaker of the parliament of Lithuania visited New Britain and requested to erect a monument for Adolfo Ramanauskas, who was born in 1918 in New Britain and left for Lithuania three years later. This year, Lithuania named Ramanauskas a national hero because of his anti-Communist activities and for being tortured and killed by the Soviets.

The mayor of New Britain agreed and the Parks and Recreation Commission voted last December to approve the monument to be placed in Walnut Park near the Museum of American Art. There was no public discussion, no involvement of the local Lithuanian community in this initiative, and no struggle to secure state funds.

Funding for this proposed 11-feet massive monument was going to be provided by Lithuania, including $1 million insurance. In fact, it seems that the whole monument proposal was kept in low profile and almost a secret. It was only because of letters and emails by a concerned Jewish community in Vilnus, the capital of Lithuania, that this monument plan came out to light.

It turned out that Ramanauskas was very likely a Nazi collaborator. During the summer of 1941 when the Germans were invading East Europe and the Soviets were receding, there was a temporary power vacuum where Lithuanians (as well as other Eastern Europeans) were taking advantage of the situation to kill Jews.

Ramanauskas was, according to his memoir, a leader of one of the white arm band militia groups who killed Jews and surrounded villages to prevent Jews from fleeing the Nazis.

As an alderman in New Britain, I raised concerns and fought against the Ramanauskas monument that would have been offensive to me, other Jews in Connecticut, and anyone who is concerned with this issue. The fight supposedly culminated with Mayor Erin Stewart’s brief, one sentence e-mail canceling the monument project.

We are still waiting for an official vote and mayoral statement rescinding their prior decison.

Monuments express, celebrate, and advocate for public values. In the case of the Borinqueneers, the monument does not just celebrate their heroics but also the contribution of Puerto Ricans to United States.

In the case of the Ramanauskas monument proposal, it represents a lack of sensitivity and disregard of public participation and ownership over its own monuments. The Borinqueneers monument is a great source of pride to New Britain, but having a monument to Ramanauskas in New Britain would have been a source of shame.