We don’t need stoned motorists on our roads 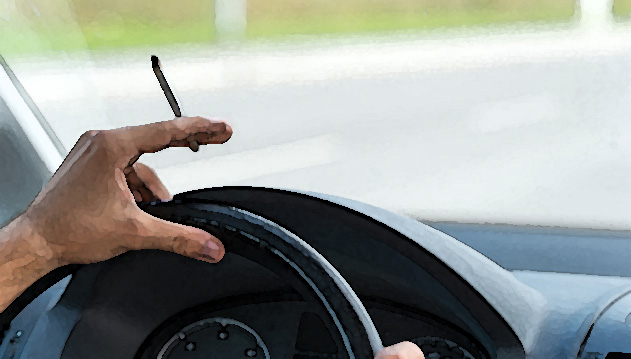 The May 2019 edition of Consumer Reports quotes an October 2018 study which “found that in four states with legal recreational marijuana, Colorado, Oregon, Nevada and Washington, car crashes were up 6 percent compared with four neighboring states where recreational use was restricted.”

Based on registered vehicles as of 2017 (divided by the sq. mi. of each state) Nevada has 9.5 vehicles per square mile, Oregon has 16.1, Colorado has 17.2, Washington has 43.9 and Connecticut has 245.8. Now what do you think will be our increase in car crashes in Connecticut once the Hartford legislators legalize marijuana? With the extreme road congestion evident in our state, we’ll be lucky if we only see a 6 percent increase.

I already share the congested Connecticut roads with DUI drivers, people driving with suspended licenses and/or no insurance, joyriders on the roads in stolen cars and others who shouldn’t be behind the wheel of any motor vehicle. I do not want to have to dodge anyone driving while under the influence of recreational marijuana, too!

Until a reliable test is developed to assess the negative influences of marijuana on the ability to safely operate machinery or drive a motor vehicle, the legislature would be wise to abandon this quest for yet more tax revenue unless they are willing to take personal responsibility for the injuries and deaths that will inevitably occur if recreational use of marijuana is legalized.

Are the Connecticut legislators ready, willing and able to endorse an accident rate increase of at least 6 percent just to get the long-sought tax revenue?

And speaking of the pot tax revenue, let’s consider this:

“When Colorado voters decided to legalize recreational marijuana starting in 2014, proponents said there would be a healthy side effect: It would kill the sale of illegal marijuana in Colorado. But a Rocky Mountain PBS investigation has found just the opposite happened. Legalization became a magnet for black market marijuana.”

Legalization and taxing the product will only create and expand the black market for it. Why would a marijuana user buy from a legal, taxed supplier when they can buy on the black market and avoid the tax? That’s plain and simple economics for the consumers.

And all this for a few extra tax dollars that our new governor and his legislative cronies can waste on more superfluous partisan projects or state worker pay and benefits? I strongly urge them to vote against any recreational marijuana proposals for the above reasons.