What does climate ‘Code Red’ mean for Connecticut? 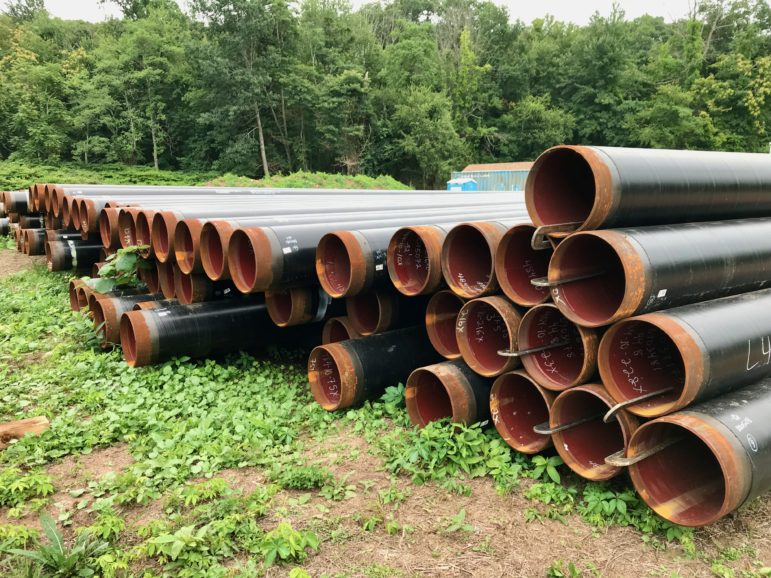 The release of the first part  of the long-awaited Intergovernmental Panel on Climate Change (IPCC) Sixth Assessment Report quantifies the impacts of climate change we are experiencing and reading about:

Dire though it is, the current situation could feel like “the good old days” as harms from past emissions and future harms resulting from the continued accumulation of greenhouse gases manifest themselves.  Last month was the hottest month ever recorded on Earth.

Recognizing the situation, the U.N. Secretary General and many media outlets have declared “Code Red,” calling for concerted action to avert a still greater calamity than is already assured.  We have a short window to take significant action, and we must make the most of it.

Of course this is no bolt from the blue.  Severe warnings have been issued for decades,  and the State of Connecticut has moved increasingly rapidly in recent years to address the climate crisis.  Gov. Ned Lamont’s Executive Order 3 sets the tone, prescribing deep cuts to greenhouse gas emissions amounting to 45% from 2001 levels by 2030 and setting additional ambitious goals.  The Department of Energy and Environmental Protection moved to support these goals in its much-delayed (and still problematic) draft Integrated Resource Plan (IRP), issued last December.

But, as others have noted, action speaks louder than words, and action in support of the aspirational statements has been tough to find.  No vote was taken on SB 882, which would have given teeth to the executive order.  No final IRP has been released in the last five years, though statute requires biennial IRPs.  This past legislative session – and special session as well – the governor and the legislature passed up an opportunity to raise the Transportation & Climate Initiative (TCI).  And the state continues to permit the construction of infrastructure that will support fossil fuel consumption for decades beyond Gov. Lamont’s deadline, even as federal ambitions eclipse those of Connecticut, rendering Executive Order 3 and SB882 obsolete.

The TCI has been derided by Republican legislators and industry advocates as a gas tax, and Democrats have folded in the face of these objections.  All that seems to be required to derail efforts to address climate change is to point out that it will require some sacrifice on our part.  Here is the question to ask these naysayers: What alternative do you propose?  No one, from this point forward, should tolerate an objection to action on climate change without demanding that an equally effective alternative be proposed in full detail.  Well-coordinated campaigns against legislation do not constitute a plan to address climate change.

As for the state’s continued support for the buildout of durable fossil-fuel infrastructure, one can only ask: why?  How is the goal of rapid reduction of fossil fuel consumption served by the continued push for investments in natural gas that will long outlive the deadline for fossil-fuel curtailment?  Natural gas has been billed as a “bridge fuel” to assist the transition to renewable energy.  But the IPCC disagrees: the contribution of methane to climate change is nearly two-thirds that of carbon dioxide – and natural gas is methane.  Methane leaks into the atmosphere when natural gas is produced, when it is transported, and when it is consumed.  These leaks are growing, and they have grown for more than a decade since the “fracking revolution” increased domestic production of natural gas.

The net result is that natural gas is worse for the climate than coal.  Yet Connecticut continues to mandate the expansion of its use, and Eversource is only too happy to comply.  Its “Southeast Resiliency Project” is currently pushing through Middletown on its way to cross the Connecticut River and then on toward Montville.  Once there, it will be possible for the oil-burning NRG Montville power station to apply to install a gas turbine, just as the NTG Killingly and NRG Middletown power stations have done, locking in decades of new pollution.

The state is thus being burdened with new large-scale natural gas infrastructure that will last decades at the precise moment we need to be turning away from natural gas along with all other fossil fuels.  As the cost of renewables declines, the need for them grows, and so does the risk that  shiny new fossil-fuel assets will be stranded long before the end of their useful life – at an unnecessary cost to society (and, no doubt, ratepayers).

There is plenty of good news if only we can take advantage of it.  Methane is gone from the atmosphere within a couple decades after its use is discontinued.  For this reason, curtailing natural gas production has the greatest impact of any action on climate change in the near term.  And renewable energy is now cheaper at the margin than fossil fuel production and continues to get cheaper.  The bad news is that corporations remain addicted to large-scale projects employing legacy technology whose ongoing revenue streams they can control. Companies such as Eversource are so dedicated to propping up natural gas use that they have resorted to disinformation as part of a campaign to sustain public support for natural gas.

What are the alternatives to fossil fuels?  Our future energy needs must be supported by the three pillars of renewable energy, energy storage, and demand management/reduction.  The cheapest energy is the energy not used.  Connecticut has barely scratched the surface of this resource, as one can see by viewing the reports of energizeCT and ruminating on the cumulative impact compared with what needs to be done.

The governor and DEEP are fond of complaining that their hands are tied, but that is not so.  The state possesses the regulatory authority it needs, and if there is a problematic statute or a conflict of interest, the relevant branch of government can address that too.  Pretending to be a permanent hostage to rules of your own making is disingenuous and unhelpful in a state of emergency.

Climate chaos is a policy choice.  Both political parties have evaded responsibility by declining to even discuss approaches to moving the state to renewable.  Supporting the continued construction of fossil fuel infrastructure prioritizes profits for energy corporations, profits that pay for lobbyists and public relations teams to further delay action.  The failure to seek solutions and honestly address the public about our options in the face of a steadily-deepening crisis is a conscious decision by our political leaders.  It amounts to accepting a catastrophic outcome for ourselves and our heirs.  We, and our children, deserve better.

Brian Stewart is a Professor of Physics at Wesleyan University in Middletown.