What their actions say about the values of our leaders, including Lamont’s 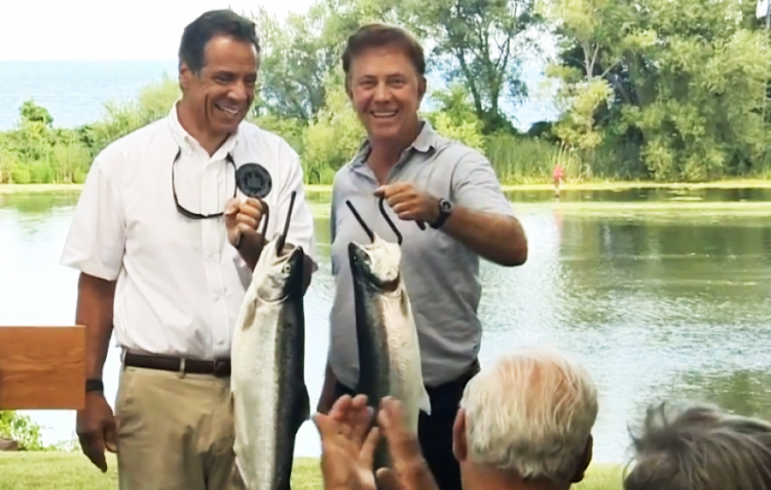 Time and again we’ve learned that the abuse of women and girls is enabled by a network of third parties surrounding men in positions of authority and power.  Jeffrey Epstein had Ghislaine Maxwell.  Harvey Weinstein had numerous attorneys who helped him scuttle investigations into his abuses (reportedly David Boies and Lisa Bloom).  Former New York Gov. Andrew Cuomo had his former lawyer (reportedly confidential personnel records from an alleged Cuomo victim were circulated by Alphonso David).

It is no secret that Ned Lamont counted himself among Cuomo’s close allies.  They took a fishing trip to upstate New York together and Lamont hosted Cuomo as a guest at our Governor’s Mansion in late 2019. The most pressing question for voters in Connecticut is: what did Lamont know about Cuomo’s abuses and when did he know it?  Former Obama Administration staffer Dan Pfieffer, on a recent episode of Pod Save America, said about Cuomo “even before we learned all of these things, Andrew Cuomo was known by virtually everyone who had ever met him, worked with him, interacted with him as one of the worst humans on the planet … I had heard, just the abuse of staff, the verbal abuse of staff it was, just, those stories were everywhere.”

It may seem unreasonable to speculate that Lamont was also aware of Cuomo’s true nature, until you consider the track record of Andrew Kripp, Vice President for Human Resources at the Connecticut State Colleges and Universities system.  Kripp represents our state at the bargaining table with our public university faculty (full disclosure: I am such a faculty member).  On April 9, Carolyn Magnan, CSCU’s University Counsel, presented the results from her “investigation” of Kripp’s behavior at the bargaining table.  Kripp’s approach was so inappropriate that our university faculty expressed the following concerns, as interpreted by Magnan:

In sum, those allegations are that during each bargaining session Andy Kripp engaged in behaviors that are sexist and misogynist such as persistent interruption, insulting and degrading comments of a gendered nature, disparate treatment of female colleagues, coercive pressure, professional threats, raised voice, filibustering, unwillingness to work towards mutual agreement, insistence on unsupported representations as statements of fact, centering male convenience as the primary motivator in decision-making, and general diminishment of dignity. After interviewing the three CSU-AAUP negotiating team members, it became clear that there were three factual situations that gave rise to these allegations.

When the subject on the table was child care for faculty families, Kripp referred to such care as “drop to shop.”  This statement is problematic in so many ways it is hard to know where to begin.  Finally, Magnan’s report states that “Kripp said that he had to go through his first wife to get to his ‘right wife.’”  It is beyond unprofessional that such a statement would be made during bargaining over a faculty contract.

Magnan’s conclusion to her “investigation” raises more questions than it answers.  It reads:

Although there is not much dispute concerning the factual allegations made by the CSU AAUP team, there is a great deal of disagreement about the interpretation of these incidents. Kripp denies that any of his behavior/comments were gender related. The other CSCU-BOR team interviewees confirmed that Kripp’s conduct was not gender related but the product of difficult negotiations.

It strains credulity that Kripp’s co-workers on the CSCU-BOR team believe his behavior was not gender-related.  If statewide CSCU employees are genuinely this confused about gender related abuses in the workplace, that raises questions as to whether any gender is safe in our public university system.

The state’s FOIA response did not include documentation of whether Magnan concurred with the Board of Regent’s rather absurd assessment.  If Kripp’s first wife was female, then there is simply no disputing that he made a derogatory remark about a woman.  That remark almost certainly had nothing to do with faculty employment in Connecticut’s public higher education system.  As a colleague noted, Magnan’s available conclusion is what you would expect if the HR department were investigating itself.

Yet, as of late August, Kripp still represents our state.  What does this say about the values of our government?  Do Connecticut taxpayers and voters want these perspectives to shape the highest level of leadership in our higher education system, where our young college students of all genders learn and grow?  Why did Lamont and his administration simply ignore the results of this investigation and leave Kripp in his position? It seems to serve as validation of this behavior.

In isolation, Lamont’s passive acceptance of Kripp is confusing, but given Lamont’s close affiliation with Cuomo, this passivity is actually troubling.  It suggests that misogyny and abusive behavior towards state employees is something Lamont is perfectly comfortable with.  Is this the case?