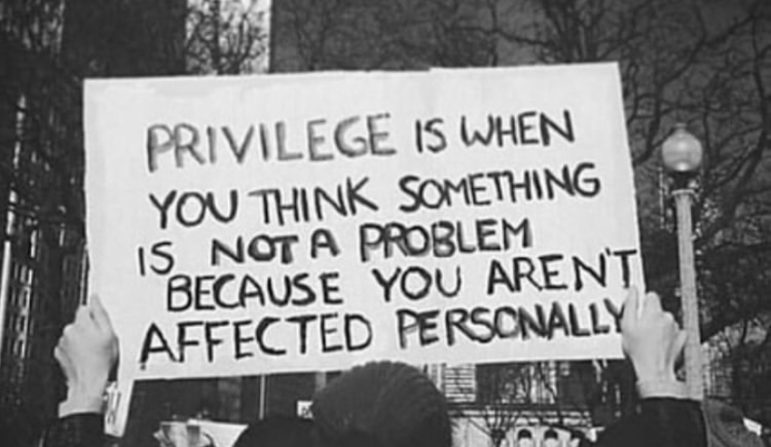 The last thing I expected to see on the day after my fourth State Senate election was Marcia Biederman’s Nov.4  Op-Ed confession about white supremacy in my high school 56 years post-graduation. Black people have faced every form of injustice imagined throughout history, but we are a resilient people and I have the DNA of my ancestors. That DNA has carried me for 72 years to stand in my truth, even as a young girl.  No one validates my existence.

I was anxious reading through the article and engaged it with mixed feelings because while I remembered Marcia Biederman’s name, I did not recall any interactions with her.  I wondered just what the piece was. Was it an apology, a moment of self-reflection, or was it meant to acknowledge my existence? In truth, even after having read the piece I am not completely sure.

Marcia focuses on the fact that I now serve as a Connecticut state senator — but then, that is it, isn’t it? If this is an apology, does only the senator deserve that apology? If this is self-reflection, are her actions of the past the source of that self-reflection, or is it only because of whom those actions were visited upon – me as a senator? And, if it is to at long last acknowledge my existence — it does not. There is no more inherent value in the Black star or public figure than their invisible child self. Sen. Marilyn Moore without Marilyn, the child, does not exist.

I appreciate the acknowledgment that racism, white supremacy, and racial bias exist, but what is required in these times when doing so is almost fashionable is something deeper. The apology cannot be general. One must acknowledge their own specific actions and change their behavior. In Marcia’s piece, if it is taken as an apology, the fatal flaw is centering herself over the person to whom the apology would be offered — me. In making the public statement she did not think to reach out to me as she would be digging up and putting my past on display. In all that was said, though ostensibly the apology was being offered to me, I functioned merely as a vehicle for her own catharsis. After the op-ed was published, I chose to speak with her before responding publicly.

The article is Marcia’s point of view as a privileged white girl. That privilege comes from being white; not wealthier than, not smarter than, not anything other than being born white. I would have thought that being Jewish would come with more understanding of implicit biases, but whiteness is all-consuming, and it trumps everything else.

When I spoke with Marcia a couple of days after reading the article, I shared with her that I saw it as a purging of her soul. Rightfully so, whites should be in a time of reflection, partially to understand how we arrived at this moment, why there is a Black Lives Matter movement, their role perpetuating and benefiting from systemic racism, and how we begin to acknowledge ands address racism when we see it. That is going to mean that some things they have done in their past are uncomfortable to accept, but they are going to have to realize that their souls cannot be cleansed by further operating to render Black people invisible.

While I cannot speak to how Marcia perceived Blacks in high school, I can speak to how uncomfortable I was in high school and was a drop out who went back six weeks after the start of senior year.  I had suppressed my feelings about four of the most important years of my young life.  I felt ignored, disconnected, and patronized, but never celebrated. I did not recognize that it might have been racism, because so many times I thought I was overreacting to incidents even as a child in grade school when a white teacher gave me a card with a “picatinny” on it and said it reminded her of me.

I recall trying out for the school play Bye Bye Birdie,” only to sell tickets. I also recall trying to join different clubs and not feeling welcome, so I stopped trying to fit in and created who I am today. I continued to experience similar situations in every phase of my life in school, in employment, and in politics. Sick and tired of being sick and tired, I found my voice by fighting for others in civil rights, education, and government.

In the article, Marcia mentioned my participation in a walkout demonstration to fight for civil rights in education.  At that time, I was in a class. The teacher threatened that if I walked out of class, he would fail me. I walked out anyway and as I left the classroom, I told him he would “hear from my father’s attorney.” He took no action. I remember this as being my first action that helped develop and strengthened my ability to stand for what I believed in regardless of threats and intimidation. As the late Congressman John Lewis said, “get in good trouble.”

Marcia was just one of the hundreds of white students and teachers who lived in their whiteness and dismissed the small number of Black and brown students who attended Central High School. It was the era of civil rights and whites in Bridgeport discriminated in housing, education, jobs, without consideration of the consequences to Blacks. Marcia has used her journalistic abilities to reflect on her role in contributing to racism. If anything comes out of this article, I hope that more of my classmates of 1966 also self-reflect.

More importantly, I hope that they have honest discussions with their friends and family about racism. There is a silver lining for me.  I am appreciative that the article provides a vehicle to share with others what Blacks face every day — and still we rise — and an opportunity to illuminate my story beyond the floor of the senate.

I was a proud Black girl then who has grown into a proud Black woman. I stand in that blackness, unapologetically and I allow those experiences to guide me to use my voice so other Blacks do not suffer those same experiences. The racism I experienced during my life is no different than what many still face. Just like me, Blacks continue to challenge and fight for racial equity. Whites must reflect on their own actions and ask themselves, “What role is racism playing in my actions and decisions?” not just in a reflection, but in action.

It is never too late to acknowledge white supremacy, sincerely apologize, and intentionally work toward realizing racial equity.

Marilyn Moore, a Democrat from Bridgeport, is Deputy President Pro Tempore of the Connecticut State Senate.