Will the Comptroller open the state-run healthcare plan’s books? 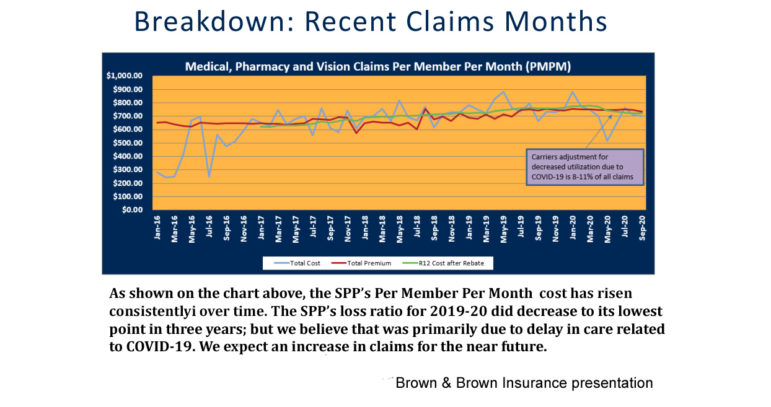 What choices do you have when you cannot defend a policy issue on its merits? One path is that chosen by former New Britain Democratic Town Committee chair Bill Shortell in his April 14 Viewpoints opinion piece, “Debunking the CBIA’s takedown of the public option healthcare bill.”

Instead of defending any perceived merits associated with the proposed expansion of state-run healthcare in Connecticut, Shortell attacks the messenger. In this case, two organizations that have raised legitimate —and unanswered— questions about that proposal.

In doing so, Shortell spotlights lingering questions about government transparency, accountability, and oversight as it relates to the troubled healthcare plan the state runs for Connecticut cities and towns —a plan that is the model for the public option proposal now before the legislature.

The plan is managed by state Comptroller Kevin Lembo’s office. In February, CBIA called for the comptroller to commission an independent audit of the municipal employee plan —known as the State Partnership Plan.

That call followed the release earlier in the month of a report produced by the insurance agency Brown & Brown raising serious questions about the partnership plan’s fiscal performance and outlook.

“It is incumbent on policymakers to address the significant questions surrounding the state-run municipal plan’s fiscal outlook and solvency status, given that it is the model for the public option legislation,” CBIA president and CEO Chris DiPentima wrote in a Feb. 24 letter to Lembo.

“As a proponent of transparency and open government, we are sure the comptroller can appreciate the public’s interest in a full accounting of the plan and its operations and will support our call for a fully independent audit.

“That audit should be reviewed and approved by a certified actuary who is a member of the American Academy of Actuaries. We make this request in the interests of sound public policy.”

The comptroller has yet to respond to that request.

Instead, we’re the target of surrogates like Shortell, who cloud the very real issues surrounding the lack of transparency and oversight with the partnership plan, and by extension, the public option proposal.

Shortell also questions the credibility and integrity of Brown & Brown, which ironically has provided the most thorough analysis and accounting of the plan and its shortcomings to date —and not just this year, but in previous years.

Brown & Brown has issued these reports —developed based on data obtained from the comptroller’s office through Freedom of Information Act requests— annually since 2017. Those reports accurately demonstrate the partnership plan’s dire financial position.

With one of the largest number of clients of any insurance agency enrolled in the municipal plan, Brown & Brown are supporters of the plan. They are concerned, however, about its unregulated status and believe greater oversight is needed to ensure its fiscal health.

Brown & Brown’s previous analyses of the plan’s failings actually led to the belated fix Shortell notes in his piece — closing a loophole allowing the high cost of care in some parts of the state that was helping drive plan operating deficits. However, that is just one factor contributing to the plan’s pattern of red ink.

There is no question the partnership plan lost tens of millions of dollars in 2017 and 2018. During those years, the corresponding medical loss ratios were well above 100%.

And despite the comptroller’s claims, the plan is not on firm financial footing. After the biggest drop in medical utilization in state and national history due to the COVID-19 pandemic, the plan showed a barely adequate loss ratio in the past fiscal year.

The comptroller also admits to not adjusting for an increase of claims in the coming plan year. Private carriers, however, are using an average COVID medical trend of 6%. In other words, the private sector is adjusting for an inevitable increase in claims, while the comptroller’s office is not —fueling more questions about the municipal plan’s fiscal viability.

Finally, Shortell’s comments about the Insurance and Real Estate Committee’s amendments to the public option bill are disingenuous at best and deceptive at worst. The changes were adopted on a bipartisan basis, require transparency and oversight, and protect taxpayers from being left on the hook for plan deficits.

We can —and we have to— lower the cost of healthcare. CBIA is proposing viable alternative solutions that deserve further discussion. While we may disagree on policy issues, let’s debate them on the merits, as open, honest discussions lead to the best outcomes for Connecticut and the state’s residents.

Once again, we call on the comptroller to open the books on the state partnership plan and welcome the opportunity to work with him and other stakeholders to address the major issue of healthcare costs.