With air quality on the line, CT is ready to fight new Trump power plan 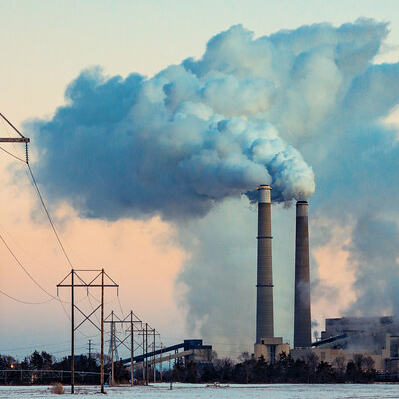 Tong announced the state’s intention to sue to block the repeal of CPP and replace it with what’s being called the Affordable Clean Energy, ACE, Plan.

CPP was designed to fight climate change by limiting planet-warming emissions from existing power plants that would have forced many coal burning plants to close. ACE could keep many of those plants open by allowing states to decide whether and how to scale back emissions and by setting carbon emissions goals at 35 percent below 2005 levels — much less stringent than the Obama administration had.

In a statement, Environmental Protection Agency Administrator Andrew Wheeler said his plan “gives states the regulatory certainty they need to continue to reduce emissions and provide a dependable, diverse supply of electricity that all Americans can afford.”

“There is nothing affordable or clean about coal,” he said in a statement. “The Trump Administration is taking another giant step backwards in protecting our planet. They are trampling on the Clean Air Act and ignoring administrative law to finalize this outrageous rule.”

Tong said the state would be coordinating with other states on legal action, which cannot be taken until the rule is published in the Federal Register.

For more than a year the New York attorney general’s office has been leading a coalition of  cities, counties and 27 states, including Connecticut, to fight repeal of CPP, which never went into effect because the U.S. Supreme Court had stayed its implementation in 2016. An equally large coalition had fought CPP, arguing it exceeded the mandates of the Clean Air Act,  successfully keeping it tied up in court until Trump came into office.

Vowing to end what he likes to refer to as a war on coal, President Trump said from the start that he would replace CPP. The preliminary rule to do that released last summer included an analysis that said the new relaxed rule could cause some 1,400 premature deaths from the additional standard pollutants it would allow into the air. It also included a laundry list of additional illnesses that pollution could cause. Together those could result in billions of dollars in additional health care costs.

Trump likes to tout the U.S. as having “crystal clean air,” something he did again as he opened his 2020 campaign Tuesday in Florida. (At least one Florida county and city are among those fighting the rollback of CPP.) But an analysis by the Associated Press showed that since Trump took office: “There were 15 percent more days with unhealthy air in America both last year and the year before than there were on average from 2013 through 2016, the four years when America had its fewest number of those days since at least 1980.”

This is key for Connecticut.

Connecticut has the great misfortune to be located at the convergence of wind patterns from the Midwest and South. They arrive with pollution from both, which still includes the emissions from a lot of those coal plants that under the Trump plan could now stay open.

In addition to their carbon emissions, in the summer the other standard pollutants “cook” in the hot sun to form ground-level ozone, a major component of smog. Connecticut has the highest monitored ozone values in the eastern U.S. and the state has rarely been in compliance with ozone standards set by the EPA.

But the state can do very little on its own. The last of its coal power plants, which is in Bridgeport and runs only rarely during extreme weather events, is slated to convert to natural gas. Most of the few remaining coal plants in the region are also closing or converting.

The Clean Power Plan, by forcing the scale-back of Midwestern coal plants, would have gone a long way to clean up the air in Connecticut and the surrounding region.

“The bottom line – you burn more coal, in addition to more carbon there’s more particulate matter and that has an immediate health impact,” said Paul Farrell, the assistant director of air planning at the Department of Energy and Environmental Protection. “We’re still subject to transport and we’re still at the end of the tailpipe.”

3 thoughts on “With air quality on the line, CT is ready to fight new Trump power plan”