With transportation funding Connecticut has promises to keep 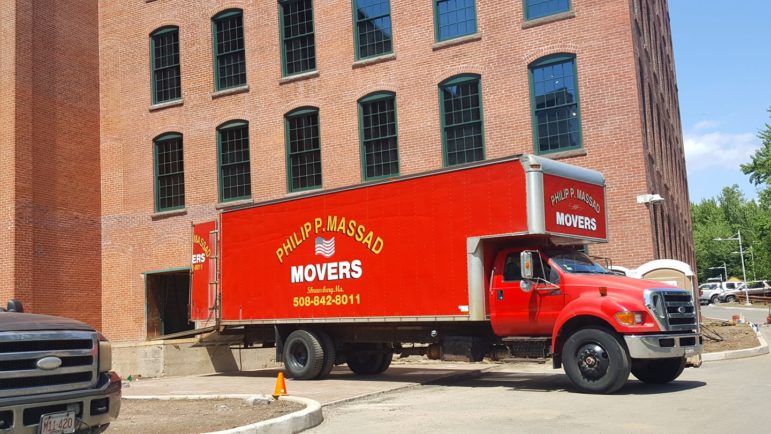 Residents moving in to the restored Montgomery Mill apartments adjacent to the site of new Windsor Locks Hartord Line Station.

Gov. Ned Lamont has announced that he would like a special session of the Connecticut General Assembly convened before Christmas. Two of the issues he would like the legislature to tackle during the special session are to establish a reliable long-term revenue stream needed to secure low-interest federal borrowing for transportation projects and the annual bond package for construction projects.

Windsor Locks has a vested interest in both of these issues. For over a decade, transit oriented development (TOD) has been the linchpin of our downtown revitalization planning. It took years of effort to convince the Department of Transportation to agree to locate the new Hartford Line station in the center of our downtown commercial district. As soon as DOT made that commitment Windsor Locks followed up with a TOD study, a change to our zoning regulations to create a Main Street overlay zone, the adoption of a downtown tax increment financing district and a housing study all designed to pave the way for TOD in the new station area.

We are so thankful that DOT made the commitment to locate the new station downtown. The decision has proven to be a wise one. Before a shovel to build the new station has hit the ground, we have already seen a sharp uptick in positive economic activity.

The Montgomery Mill, which was abandoned and loomed like a black cloud over our downtown for decades, was converted into 160 attractive residential apartments. The mixed-income housing project is a rousing success with all units (both affordable and market-rate) spoken for at this time. The developers of the project made it clear that they would not have even considered the undertaking were it not for the state’s promise to relocate the Hartford Line station downtown. That is a promise that they are still waiting for the state to fulfill.

Across the street from Montgomery Mill, the existing Waterside Village condominium has seen a rapid increase in the occupancy of its nine commercial units. For years, only one of the nine commercial units had been occupied. Today, all but one unit is occupied and my understanding is the last unit has a potential tenant lined up. These tenants are all small businesses who have invested in Windsor Locks based on the promise of a new station and the TOD that will surround it.

Almost daily, we are getting inquiries from businesses considering establishing themselves on our new Main Street, but we have little space to offer them because the potential redevelopers are all waiting to see if the state makes good on its promise of a new downtown station before they invest.

It is encouraging that the new Windsor Locks Hartford Line Station is still included in Governor Lamont’s slimmed-down CT2030 transportation spending proposal. It is also encouraging that there appears to be a consensus on both sides of the aisle that the projects identified in CT2030 are essential to Connecticut’s economic well-being.

It is certainly essential to the economic well-being of Windsor Locks and those who have made investments here based on promises of a new station made by the state. There also appears to be consensus that utilizing federal Build America funding as the backbone of the state’s transportation planning is a smart move. But in order to secure that funding a reliable, long-term revenue stream must be demonstrated.

So now is the time to act. Tolling is one of those hot button issues that is easy to oppose, especially with the erosion of trust that is the result of claims of misuse of special transportation funds in the past. Despite the understandable opposition to tolling, it must remain on the table in some form. Like everybody, I don’t like paying tolls, but I have to admit it irks me that when I visit my mother-in-law in Maryland I have to pay tolls in every state I pass along the way, yet when residents of those states pass through Connecticut to visit their mothers-in-law, they pay nothing for the use of our roads. I feel like they are laughing at us as they drive through.

Despite the public posturing, progress has recently been made in the negotiations to secure a funding source. The governor whittled down his initial extensive toll proposal to 14 tolls and now we have a Democratic caucus plan for tolls on trucks only. This demonstrates a willingness to compromise. The Republican plan suggests using budget reserves to prepay pension obligations and use the resulting debt service savings as a funding source. Some have suggested that using budget reserves in this manner is risky, and perhaps it is, but the Republican caucus should be commended for making a thoughtful counter-proposal and for its own willingness to compromise. The Republican plan should also remain on the table.

I urge all sides to continue to seek a lasting solution. We are well past the point of digging in heels and worrying about re-election hopes. If the solution involves some form of tolling, so be it. If the solution involves using some portion of budget reserves, so be it. Now is the time to get this done. With apologies for the mash-up of my two favorite Robert Frost poems, we may have two roads from which to choose, but we need to make a decision, because the state has promises to keep.

J. Christopher Kervick is the First Selectman of the Town of Windsor Locks. 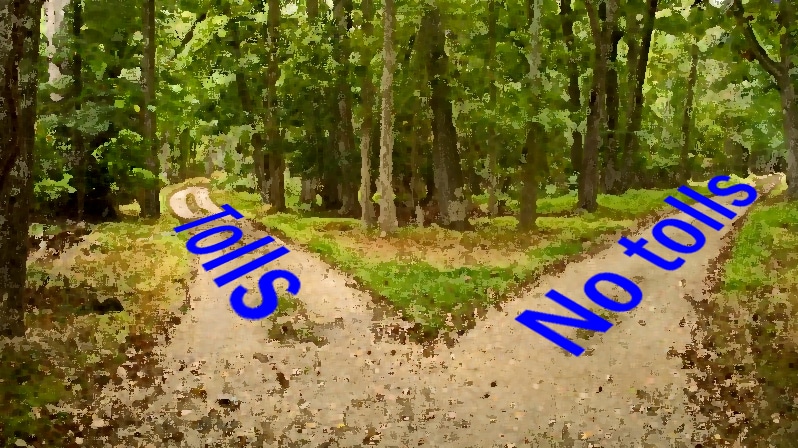 3 thoughts on “With transportation funding Connecticut has promises to keep”