Zoning: The cause of poverty and segregation

Many studies now indicate that the largest cause for concentrated poverty derives from zoning codes.

Zoning Codes are a 20th century phenomenon, launched to settle disputes between neighbors. Zoning is not like building codes, seated in life safety. It is a matter of opinion. In a sense, one might think of zoning as NIMBY law.

The heavy march of returning WWII vets brought with them a new type of enterprise starved for validation. Adversaries and allies alike reported that American success was due to material superiority, and not combat prowess, which helped establish a new standard of “gigantism.” Gigantism needs validation. Zoning’s ability to align opinion did that.

“Urban Renewal” may be the most astonishing gigantism project ever concocted. Without a moment’s hesitation, hundreds of years of cultural development embodied in great American cities fell under the wrecking ball to make way for the new. 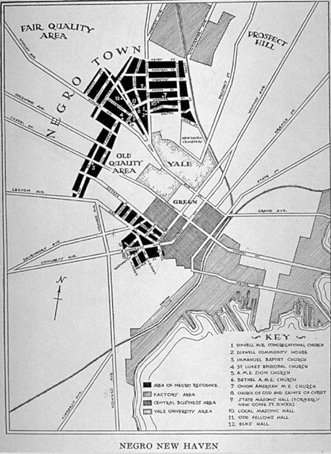 Consumption, waste, and debt bulldozed “blight,” a magically distasteful word to encompass poor and “colored” neighborhoods, the termed used for them back then. Blight removal’s clever appeal aimed to beckon “white” monied urban dwellers fleeing to the suburbs back to “safe” shopping downtown, transforming cities from cultural centers into consumption centers.

In order to keep consumption safe and permanent, administrators counted on explicit language in The Home Owners’ Loan Corporation (HOLC) ordinances, baked into FDR’s popular New Deal. Intended to relieve the worst effects of the Great Depression with government-backed mortgages, HOLC rated areas according to mortgage risk. Areas tagged as highest risk (red) were ineligible for government-backing. They contained the poor and minorities, carved out of the New Deal. New Haven Urban Renewal displaced 60,000 poor and black people, herding them into the red areas of concentrated poverty and into inhuman public housing projects  — storage units, really.

Red areas became so locked in by Roosevelt’s system that they remain areas of concentrated poverty to this day. The failure to make home ownership attainable by black families deprived them of the ability to build generational wealth through equity, consigning each generation to years of paying away their wealth in the form of rent.

Following many failed challenges, redlining finally was struck down in the 70s as unconstitutional by court rulings. Even still, the Federal Housing Administration (FHA) continued the racial covenants after the court ruling, until they too were forced to change guidelines from “race” to “class,” which made no difference.

None of this would have been possible without massive federal assistance for demolitions, for building schools and infrastructure to support new sub-divisions, and for relocations and building public housing for the thousands left homeless. No one thought ahead to a federal spigot run dry, unveiling mountains of tax revenue dumped in landfills. 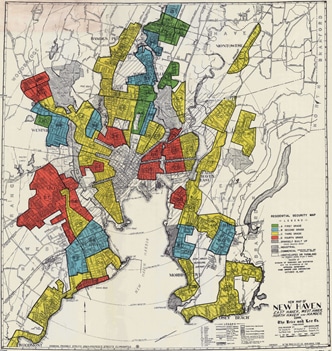 In order to move forward with safe shopping, unsullied by the wrong people, something had to replace the courts’ claw-back of risk-assessment.

The rescue fell on unlikely shoulders, George and Marian Langford. Schooled under General Patton in the gigantism adventure of WWII, Langford set about earning his law degree from UVA. Spending summers in the Charlottesville law firm of Michie Company, he learned the foundations of codes and ordinances. Law degree in hand, he founded the Municipal Code Corporation publishing company in Tallahassee (1951). With eyes on the nation, he and Marian launched what would become a gigantic zoning enterprise.

In the shadow of mounting challenges to redlining, the Langfords saw opportunity to achieve redlining goals through codes. Codes can be cold, almost boring, numbers and dimensions. Properly formatted, they can achieve segregation results without inflammatory language. For example, consider the clever separated use sections. Putting distance between uses mandates car ownership. Since car ownership is expensive, the clause excludes the poor and “colored” without ever saying so.

The Langfords’ unwitting genius was to offer “clean up” services to municipalities’ existing ordinances rather than uproot entire systems to start over from scratch. Even though that was what they achieved, hungry municipalities saw only expedited assurance of safe shopping.

The Langfords pointed out inconsistencies with statutes and case law, made recommendations, and then codified and re-codified with town attorneys. When language was approved, they filtered it through indexers, editors, and proofreaders, then republished it with their own inhouse printing services. Faster than Willie Wonka, they churned out Golden Tickets in a powerful new Municode — named for its abbreviation of the Municipal Code Corporation, and for its suggestion of universal application by any municipality.

The secret sauce to excluding poor and minorities was a tangle of dimensions with legal sounding names, such as minimum lot size, maximum lot coverage, setbacks, off street parking, minimum dwelling unit size, and maximum number of units. Innocent enough, they actually prevented small buildings and apartments that might be affordable to the poor, leaving them consigned to the red areas of concentrated poverty.

The Langfords’ second unwitting genius was to code everything to accommodate the automobile, which made their services even more indispensable for safe shopping. 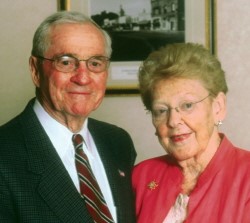 George and Marian Langford, founder and partners of the Municipal Code Corporation.

The Municode’s widespread application explains the similarities reflected in American suburbia and downtowns. Unfortunately, it also explains the problems arising therefrom. Besides segregation, no one thought to investigate economic consequences.

If anyone had bothered, they would have realized that the Municode may be the biggest of all hobblers of municipal prosperity. For example, maximum lot coverage takes 70% of taxable land off the tax rolls right off the bat. The vacant land represents a “zoning tax,” since it forces property owners to pay more tax per building square footage in order to meet municipal expenses.

Minimum lot size causes non-conforming parcels to remain vacant. Besides privately-owned parcels, the City of New Haven owns more than a thousand of them. Acres of land that could bring in tax revenue, sit idle.

Automobile accommodation reduces tax rolls further. Accommodation leaves cities with only 20-30% taxable fertility, sending mill rates in the cities paying least attention through the roof.  Most tragically, the personal travel mode is so baked into the system that it’s all but impossible to disentangle, despite its exorbitant cost to taxpayers in infrastructure upkeep and in lost tax revenue.

Basically, the entire country was duped into self-inflicting racism, social instability, unaffordability, car-dependency, and municipal bankruptcy by a sweet couple in Tallahassee who don’t even rate a listing in Wikipedia.

Dan Bertolet writes in Sightline, Exclusionary Zoning Robs Our Cities Of Their Best Qualities. “Exclusionary zoning was a defining feature of America’s exodus to suburbia, where zoning permitted only single-family homes on large lots as a thinly veiled means to keep out poor people and people of color. But over the past two decades, as the demographic tide shifts back toward cities, an analogous story of exclusion unfolds.”

It’s time to change from the gigantism of “material superiority,” still flying up in cities, to the human scale of “prowess.” Zoning that welcomes small development can undo the ills of exclusion. It can help make homes affordable, neighborhoods integrated, good schools accessible, opportunity-rich neighborhoods available to less privileged, homelessness less common, income disparities smaller, prosperity more shared, and everyone richer in the qualities of community and vibrancy that really define a city.

Robert Orr is the owner of Robert Orr and Associates, an architectural and town-planning firm based in New Haven.