This week on “Steady Habits,” John speaks with the state’s top election official, Secretary of the State Denise Merrill. She’s been pushing for voting reforms for years, and now she shares what we can expect to learn from this unprecedented primary.

This week’s Connecticut primary doesn’t feature any big statewide races or a contested race for a presidential nomination. But it’s actually a lot more interesting than it’s ever been, because it’s a test run for a new, expanded absentee ballot system in the state, meant to keep people safe from Covid-19.

Letters went out weeks ago from the Secretary of State’s office, asking registered voters if they wanted an absentee ballot for the primary. They got hundreds of thousands of requests back.

But some of those requests came back as undeliverable, some were returned to the sender because of issues with printing, and then, when it came time to get out the ballots, reports from town clerks came back that tens of thousands of requested ballots weren’t sent.

All of these complications are compounded by Connecticut’s notorious home rule, which makes sure that every town is going to handle elections differently, and our history of being very restrictive with mail-in voting, which hasn’t exactly gotten us used to this way of doing things. Neither of these things are new.

However, one thing is new: the turmoil at the US Postal service, which is currently in chaos because of changes being forced upon it by the Trump administration.

How did this new, temporary mail-in ballot system work and what can it tell us about the big election in November?

Lawmakers have approved a no-excuse mail-in voting system for the general election, but not beyond.  Will this be the moment where Connecticut actually breaks one of its most confounding steady habits? 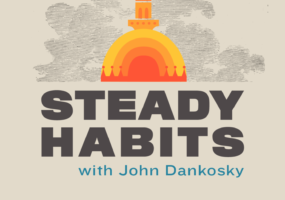