Hotel housing for homeless teaches an important lesson for future 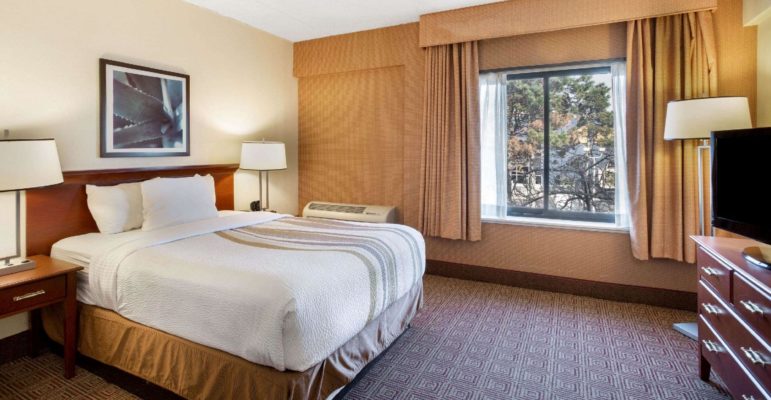 In March of 2020, the United States issued an executive order enabling funds from FEMA’s Public Assistance program to be used to cover 75% of costs related to non-congregate sheltering for individuals experiencing homelessness. In New Haven, this enabled the city to contract with two hotels, the Village Suites and the La Quinta Inn and Suites, to house individuals residing in congregate shelters or experiencing unsheltered homelessness.

Over the past few months, I conducted interviews with individuals who were moved from congregate or unsheltered living situations into either the Village Suites or La Quinta to learn about their housing experiences prior to and since moving into these hotels. While all were grateful to have been provided a safe space where they could better protect themselves from COVID-19, talk about the pandemic encompassed only a small portion of individuals’ thoughts about their housing experiences over the past year.

Prior to moving into the hotel, the individuals I spoke with were primarily living in congregate shelters or on the street. While the two settings are extremely different in many ways, the challenges individuals encountered in both spaces centered around common themes: autonomy, stability, and sense of safety.

In terms of autonomy, participants described how while staying at the shelter, one’s day was largely dictated by forces outside of one’s control. In most shelters, individuals must leave at 7 a.m. and return to wait on-line for a bed in the evening, leaving both individuals residing in shelters and on the streets to spend their days outside with limited access to food, storage, bathrooms, or electricity. For some, shelter schedules, and the need to wait for a bed each night, restricted employment opportunities. Michael (a pseudonym), shared the following, “…if you’re working and you’re out there trying to work and make money, to get out of there or whatever, and you get out of work at 5:30, when you get there, you know, there’s going to be a line all the way down the building and more than likely you’re not going to get a bed.”

As far as stability, both individuals residing in shelters and on the streets experienced tremendous anxiety from the lack of permanency associated with their living situations. Without the guarantee of a bed each night, many did not feel settled in a space that was truly theirs. While those living on the street sometimes had a more permanent sleeping location such as a tent, individuals frequently described knowing that it was just a matter of time before they would have to move again.

Individuals also discussed safety concerns associated with group settings and fellow shelter residents. William, another hotel resident, described his experience at the shelter, “You have people here for different reasons. You don’t know what their reasons are. You have people with different mental health reasons that you don’t know. You don’t know nobody.” Almost all individuals interviewed described feeling like they always needed to be on-guard and “in defense mode” while in the shelter or on the street, adding to their already high levels of stress associated with their uncertain housing situations. Others described the challenges of having no safe space in which to store belongings.

The chance to move to a hotel brought about a substantial sense of relief among those interviewed. When asked about what he liked about living at the hotel, one resident responded, “I like that you feel normal. You feel like you’re a human having a place to live. You have a place to rest your head in peace.” All individuals interviewed responded to this question with similar sentiments. Simple things like having access to a shower or refrigerator at their discretion, having a secure room to store belongings in and thus, not needing to carry around backpacks of jacket, shirts and shoes all day, and most importantly, having the assurance that they would have a safe and warm place to rest their heads each night were the factors that made all the difference.

The La Quinta hotel program was to close April 30, and the Village Suites program at the end of September. Many individuals at the La Quinta had no plan for what they would do once the hotel closes and were anxiously anticipating a return to pre-pandemic normal; re-entering a cycle of instability that makes it difficult for them to break out of the situation they are in. The previous system left people trying to regain a sense of control while treading water. The hotels have offered people the ability to do so while on a life raft. The hotels provide their residents with many of the key ingredients needed to make substantial changes in their lives: autonomy, stability and safety.

Rather than going back to how things were before, Connecticut, and the country as a whole, should learn from individuals’ experiences of hotel housing to inform a new model of shelter. Though some may be hesitant to make the investment to sustain the hotel program once funding from COVID-19 ends, continuing a program that helps to permanently lift people out of homelessness can bring about cost-savings and benefits which impact not only the individuals residing in the hotels, but also their communities and the country at large.

Leah Robinson is a Master of Public Health student at Yale University.