It’s time for Connecticut to divest from Israel 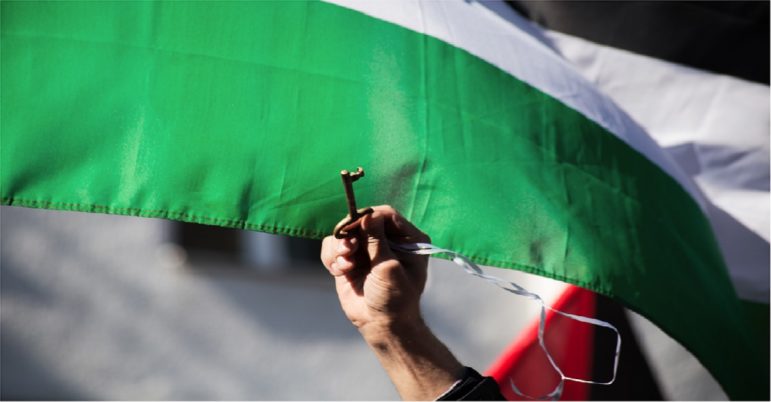 Six years ago, Stanley Heller of the Middle East Crisis Committee and Bob Gelbach of Jewish Voice for Peace asked an important question. Why does Connecticut continue to invest in Israel? This question has gone unanswered even while our current treasurer has publicly called for boycotts and utilized divestment to bring about social change. It is time for State Treasurer Shawn Wooden to divest from Israel once and for all.

On May 10, Israel began an 11 day assault on the Gaza strip after Palestinians protested Israeli settlers attempting to seize their homes in Sheikh Jarrah and Silwan. Israel’s airstrikes killed 256 Palestinians, including 66 children. Protestors mobilizing against violent dispossession were beaten, jailed, and brutalized by Israeli occupation forces. These strikes also targeted international media offices, which came as no surprise to the many Palestinian journalists who have been shot at, arrested, and detained in an attempt to silence reports on the occupation.

Last May, Wooden, the only African American elected state treasurer in the United States, penned an op-ed calling for corporations to participate in economic boycotts of states with “poor records on criminal justice.” Treasurer Wooden reflected on the perils that racism casts on Black fatherhood in America, and cases of police brutality and white supremacist vigilantism that sparked a national uprising for justice.

In his call to action, he invoked meaningful precedent for boycott efforts and their place in global movements for social justice, stating, “Its economic boycott efforts helped to end apartheid in South Africa. Corporate America can and should act as if racial injustice is bad for business — because it is.”

When I decided to reach out to Treasurer Wooden’s office inquiring about Connecticut’s investments in the Israeli occupation, I did so with these words in mind. In the month I spent waiting for a response, I read his responsible gun policy that prohibits investment of the state’s pension funds in public securities of firearms manufacturing companies to “help mitigate the social and economic impact of gun violence through the financial relationships and business operations of the Office.”

On June 15, just hours before Israel broke the ceasefire agreement, I received a response from Christine Shaw, Assistant Treasurer for Corporate Governance & Sustainable Investment. In summary, yes the CRPTF has a $47.3 million exposure to Israel and no the latest siege on Palestine was not going to change that. She assured me that the Treasurer’s office is “deeply concerned” with the most recent tragic events of what they miscategorized as an ongoing conflict, and that they “will continue to monitor developments in the area that may have implications for the State’s investments.”

As I write this, the Israeli occupation is justifying breaking the ceasefire with claims that Hamas sent incendiary balloons that caused 20 fires and no casualties near the Gaza border. I wonder if the Palestinians who will be traumatized, injured or killed by this airstrike will have implications for the state’s investments. Perhaps more importantly, I wonder if our “progressive” government officials will ever be moved by the horrors of occupation that don’t make international news. Treasurer Woodson’s op-ed named the everyday, consistently dehumanizing factors of anti-Black racism. Any Palestinian can tell you that these experiences are candidly paralleled by their own while living in an open air prison.

Does Treasurer Woodson not believe that Palestinian parents dread telling their children how to behave at Israeli checkpoints on the walk home from the school in the same way he dreaded conversations with his sons about driving while Black? Are the Palestinians murdered by Israeli settlers any less worthy of justice than Ahmaud Arbery or Trayvon Martin?

It is a well documented fact that Israel is the only country in the world that routinely prosecutes children in military courts, most commonly for the crime of throwing stones. U.S. police departments who train with Israel have been found to be guilty of widespread constitutional violations and discriminatory enforcement. Does this not constitute a poor record on criminal justice?

Our Palestinian comrades who painted murals honoring George Floyd and shared tips for dealing with tear gas in Ferguson are living in an apartheid state, and everyone who claims to stand against injustice has a responsibility to mobilize against the occupation to our full capacity. Assistant Treasurer Shaw says that Treasurer Wooden is keenly aware of the impact that pension funds can have on important issues related to human rights and world peace. If this is true, then he either refuses to know about the Palestinian struggle or does not care.

There is no justice without a free Palestine, and Connecticut’s investments in the occupation are a slap in the face of our state’s Palestinian community and all those who stand against oppression. If Treasurer Wooden will not stand on the principles he claims, we must resist until we force his hand.

Haddiyyah Ali is the Founder of  Abolition Ummah