It’s time to unlock the vote for those on parole 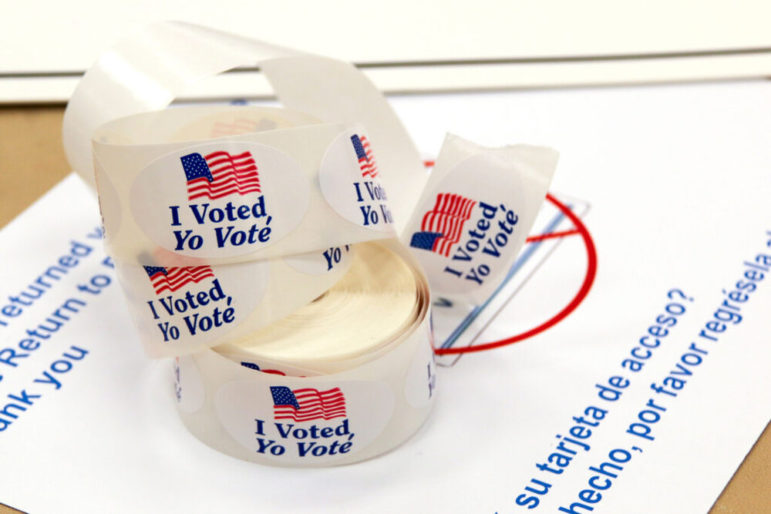 In Connecticut over 3,000 people will not be able to vote in the upcoming presidential election, not because they’ve committed voter fraud or engaged in some activity that threatens our elections. These 3,000+ citizens have been disenfranchised because they are under parole supervision in Connecticut. No longer behind prison bars, those on parole are barred from participating in the very institution that keeps our society functioning: democracy.

For the everyday citizen, elections give us a way to productively voice our opinions, direct the flow of resources, and exercise some semblance of control over our lives. The vote allows those without much wealth or political influence to have a say in the way things are and ought to be. It also protects the less powerful, less wealthy, or otherwise disadvantaged masses from being railroaded by the desires of the powerful.

Yet, in Connecticut, we have succeeded in manufacturing an unequal political system where those with the least social and economic power — people who have been released from prison — are unprotected by the failsafes of democracy; rendered voiceless in a sea of increasing political commotion. Current law, which targets people on parole, has created a quasi-democratic environment, shifting political power away from those who need it the most.

But this isn’t simply an issue of isolated disenfranchisement among those on parole. Through a public records request to the CT Department of Corrections, I was able to analyze the self-reported zip codes (or towns of residence, if no zip code was given) for everyone under parole supervision in the State of Connecticut. What I found was that voter disenfranchisement is concentrated in only a handful of Connecticut communities — those with significant populations of poor Black and Latinx people.

For example, among those on parole who noted their home zip code on intake documents, 65% came from only 30 zip codes (out of over 400 according to zipcode.org). These 30 zip codes, such as 06606, 06511, 06704 and 06106 are located primarily in towns like Bridgeport, New Haven, Waterbury, and Hartford. These communities suffer from the disproportionate disenfranchisement of their residents due to an outdated criminal justice policy that offers absolutely no public safety benefit. In fact, preventing formerly incarcerated people from voting does just the opposite: it makes our communities less safe, undermines good-faith attempts at reintegration, and artificially decreases the voting power of the communities in which people on parole reside.

In my previous research, I found that formerly incarcerated people suffer from disproportionately high rates of unemployment, homelessness, and educational exclusions. These disadvantages aren’t caused by laziness, immorality, or cultural differences. They are the product of policy decisions designed to discriminate and hoard opportunities for those who are better off. Locking this population out of the vote suggests that we aren’t only okay with excluding them from jobs, homes, and educational opportunities. As a state, Connecticut also seems fine with publicly positioning itself as a “second chance society,” while simultaneously excluding people from democratically contributing to said society. This is bad policy and it contradicts all that we are supposed to represent.

Put simply, true democracy does not exist in Connecticut. We should all be disappointed, if not angered, by this fact. As the saying goes: until we’re all free, none of us are. If you live in one of the particularly disenfranchised places, the ability of your community to advocate for the resources, policies, and politicians it needs is severely limited by an outdated policy that extends a supposedly abandoned legacy of prohibiting Black and Latinx people from exercising their civic duty. To make it plain, the seemingly colorblind practice of disenfranchising people on parole creates a racist system of political inequality that functions much like older, racially unequal voting barriers such as literacy tests, grandfather clauses, and poll taxes.

It is with these concerns in mind that we must challenge our lawmakers to create a more equal and democratic state. Over a decade ago Connecticut took a positive step in this direction by eliminating the policy preventing those on probation from voting. It’s time we take another — long overdue — step in the path toward democracy. At a moment when police accountability is at the forefront of legislative efforts, we cannot forget to address the full range of criminal justice practices that exacerbate racial disparities.

Remove the law preventing people lawfully residing in our communities from voting. End the disenfranchisement of those on parole. Our communities deserve it.

Lucius Couloute, PhD., of Hartford is an Assistant Professor at Suffolk University.