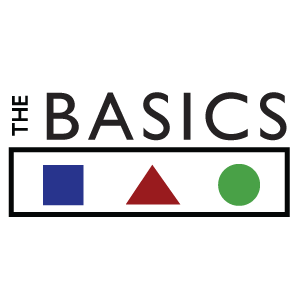 The state Senate has given final approval to a bill that imposes requirements on how public and private colleges must respond to students who have been sexually assaulted, and what services must be provided to them.

“There has been much disarray in the process in the past,” said Sen. Steve Cassano, Democratic chairman of the Higher Education Committee. “This bill is only a first step.”

The bill’s passage follows the filing of a lawsuit  against The University of Connecticut last fall by a group of students who said school officials had been “deliberately indifferent” when they sought help. It also comes on the same day that The White House released recommendations and a few promises on what will change so students get the services they need.

“Colleges and universities need to face the facts about sexual assault,” Vice President Joe Biden said in a statement when releasing the recommendations. “No more turning a blind eye or pretending it doesn’t exist.”

What does the Connecticut bill do?

UConn students rallied around students last fall who alleged the university mishandled their complaints of being sexually assaulted.

The bill ensures that colleges and universities provide free counseling services when a student reports she has been sexually assaulted, regardless if the assault took place on- or off-campus.

The schools must also provide annual prevention and awareness programs for all students and employees. It also requires that students be given “concise notification, written in plain language” of their rights to seek disciplinary action against their perpetrator and of the free health and counseling services available to them.

Every school will also be required to enter into agreements with a community-based sexual assault crisis service and a domestic violence agency so students can get help for free, either on or off campus.

Campus police, other first responders and safety personnel will also be required to receive training on how to respond when a student makes an allegation of sexual assault or domestic violence.

It also strengthens reporting requirements by requiring that every year, schools provide legislators its sexual assault policies, the number and type of risk reduction programs taking place for students and staff, the number of incidents of sexual assault, domestic violence and stalking, the number of disciplinary cases at the institution related to sexual assault and the final outcomes of those cases.

Students at every public and private college and university in the state. Any student will be guaranteed services, regardless if the assault happens on- or off-campus.

The legislation, initially co-sponsored by every woman legislator in the General Assembly, responds to a federal lawsuit and complaint filed with the U.S. Department of Education by a group of current and past students at the state’s flagship campus last fall.

“I want to thank those courageous young women for coming forward,” Senate Minority Leader John McKinney of Fairfield said on the Senate floor. “For every one of them that came forward, there are literally dozens or hundreds more … It’s not just a UConn problem. It’s a problem on college campuses across the country.”

Over the past five years, 7,166 complaints from college students across the country have been filed with the U.S. Department of Education’s Office of Civil Rights about how a  college or university handled sexual harassment, violence and other sex discrimination issues. Just five of those complaints were made by UConn students, including the most recent, which has drawn a lot of attention to UConn’s policy and its treatment of assault victims.

“This is recognizing an entrenched problem on college campuses,” Sen. Beth Bye, D-West Hartford, and former chair of the Higher Education Committee, said before the Senate vote.

What else should I know?

The enhanced reporting requirements of universities are expected to increase the number of sexual assaults universities will now report. Legislators have said this is not a bad thing, since the intention of the legislation is for students to feel comfortable enough to come forward so they can receive services.

Every member of the Senate and House voted in favor of the bill.

The bill now heads to the governor’s desk for his consideration. It was unclear Tuesday whether he will sign the legislation.

What does the White House initiative do?

The White House released a number of recommendations Tuesday to push colleges and universities to better report assaults.

The recommendations come from the Task Force to Protect Students From Sexual Assault that President Obama formed in January, after an increase in the past few years of complaints about how schools handle allegations of sexual violence at schools. Students at both UConn and Yale have filed complaints.

The White House reports that one in five women will be sexually assaulted while in college. Most often, it happens her freshman or sophomore year, and it’s by someone she knows

“Most often, she does not report what happened,” according to a White House fact sheet.

The report calls for the nation’s colleges to voluntarily conduct anonymous surveys of their students in 2015 and says it will explore legislative or administrative options to make annual surveys mandatory starting the following year.

The White House also launched a website — NotAlone.gov — that makes the results of federal investigations of colleges public and to inform students about their rights and how to file a complaint. In addition, the Centers for Disease Control and the Justice Department’s Office on Violence Against Women will pilot and evaluate prevention strategies on college campuses.

The U.S. Department of Education will also release new guidelines that clarify that campus counselors can speak with victims of sexual assault in confidence. The White House reports that some schools have not assured students that their discussion with counselors would be done confidentially.

UConn is one of about 40 colleges under investigation for its handling of allegations of sexual assault by the U.S. Department of Education’s Office of Civil Rights.

Congress has also turned its attention to the problem.

The Senate Subcommittee on Financial and Contracting Oversight, chaired by Sen. Claire McCaskill, has sent surveys to 450 college and university presidents around the country – including UConn — to gauge how the schools handle rapes and sexual assault.

McCaskill plans to hold a hearing on the issue of sexual assault on campus after she receives the results of the survey.

“This survey will give us an unprecedented look into exactly how our colleges and universities act – or sometimes, fail to act – to protect students, and bring perpetrators to justice,” McCaskill said in a statement.

Sen. Richard Blumenthal, D-Conn., who has held roundtables on the issue at Connecticut colleges and universities, indicated legislation may be needed.

“This plan is an excellent start – a promising blueprint for addressing the scourge of sexual assault on college campuses. Now we must put specifics with this promising framework,” he said.

Rep. Rosa DeLauro, D-3rd District, praised the White House for the task force report, but said, “Now the onus is on schools and law enforcement to see them through and end this outrage, which happens on campuses all over America.”