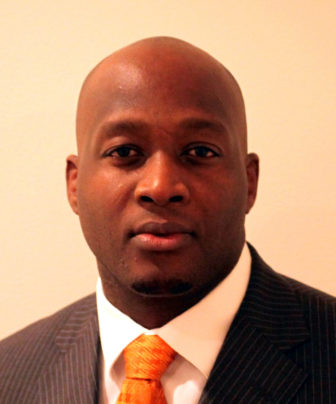 During the nearly six months spent working zealously on the Task Force on Victim Privacy and the Public’s Right to Know, I developed a sincere level of respect and appreciation for the passion that James Smith displayed for the Freedom of Information laws.  It is regretful, however, that his passion continues to cloud his sense of reason and understanding.  The tunnel vision that is depicted in this nonsensical rhetoric of an Op-ed from May 8, 2014, is unfortunate for a man of such distinguished character.

In fact, a simple, thorough reading of the press release cited by Mr. Smith makes clear to everyone that “[t]he commission will not examine any provisions related to Connecticut’s freedom of information laws, but instead will focus on the direct relationship between victims’ rights and the criminal justice system as a whole.”

While Mr. Smith continues to concentrate on a moot issue, those of us who are concerned about the overall well-being of crime victims in the state of Connecticut have been able to shift our focus to other pressing issues.  Issues such as: the failure of judges to issue written orders of restitution for crime victims; the lack of notice to crime victims of court proceedings and opportunities to address the court regarding plea bargain agreements and at sentencing; the lack of adequate private meeting space in courthouses for family violence victim advocates and victims; the lack of adequate numbers of court victim advocates through the Judicial Branch; and other aspects of the criminal justice system as it relates to victims of crime and their constitutional and statutory rights. Governor Malloy is one of those people who recognized the need for this shift of focus, and therefore created this much needed Victims’ Rights Enforcement Advisory Commission (VREAC) to address these plaguing concerns.

Although I am certain that Governor Malloy and his staff can adequately respond to Mr. Smith’s diatribe, I also feel it necessary to make certain that the facts are known — the fact is that Governor Malloy’s administration made certain to separate the issue of which Mr. Smith speaks, from the issues stated above.  It is made explicitly clear in the April 7 press release that “[t]his commission will look for ways to guarantee that those professionals who frequently interact with our crime victims throughout the state have uniform sets of policies and tools in place to ensure compliance with the rights of crime victims, adequate delivery of necessary services, as well as a set of enforcement mechanisms and remedies should any of those rights be violated.”

For simplicity’s sake, I have taken the liberty to repost the specific mandates of the VREAC so that those who feel the need to continue this tirade may think before speaking out on issues that they have no facts about.

Among its mandates, the advisory commission shall:

For those who are truly interested, I invite you to join us at our first meeting on May 28.  Further information can be found on the Office of the Victim Advocate’s website (www.ct.gov/ova) as the time approaches.

It is not often that I will waste valuable time responding to these uninformed rants, but unfortunately the claims of Mr. Smith were so preposterous that I could not leave them for public consumption without providing the truth about what the Victims’ Rights Enforcement Advisory Commission is actually about.