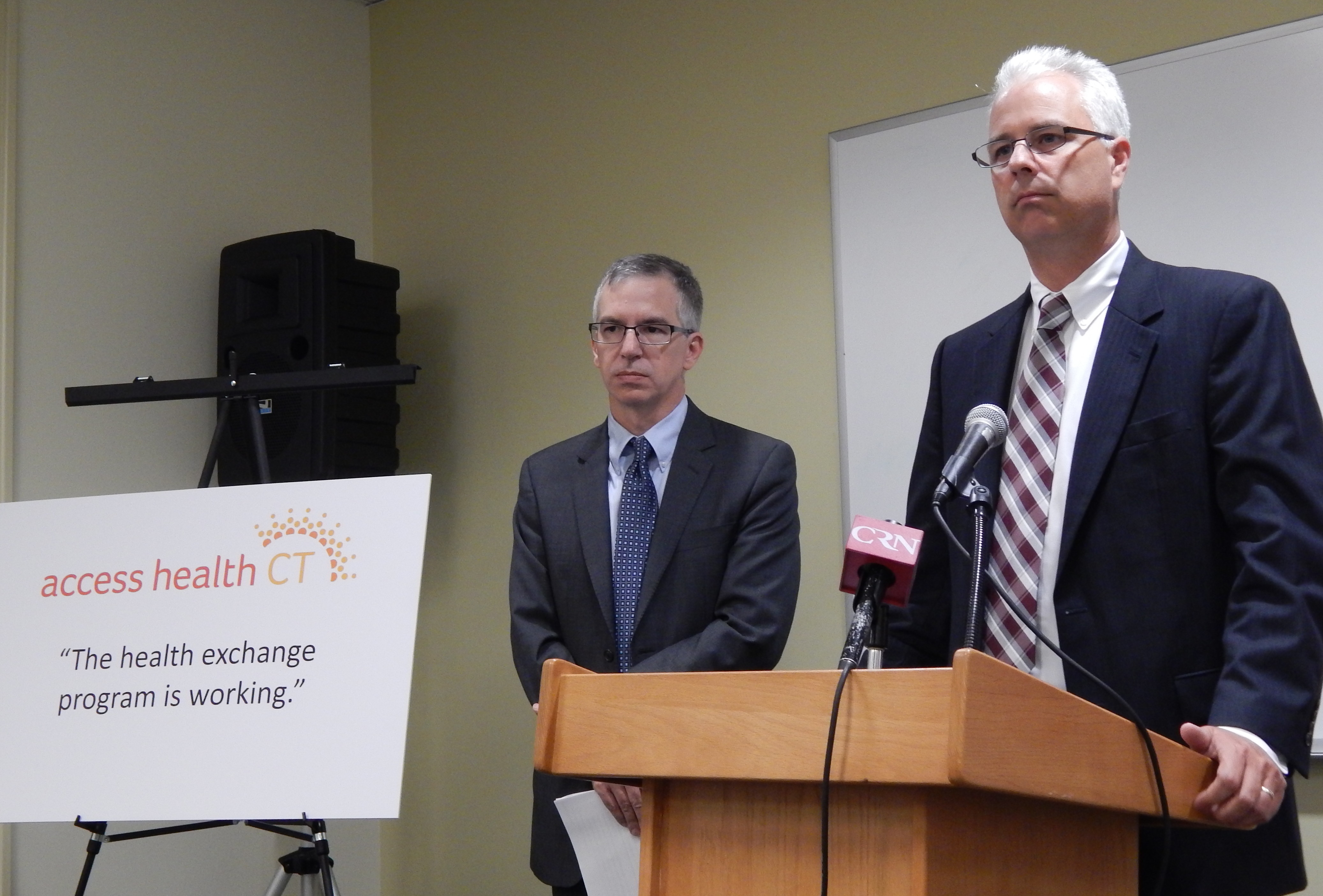 Black and Hispanic Connecticut residents were more likely than others to be uninsured before the rollout of the federal health law, and new data suggest that the first sign-up period for coverage under Obamacare made a dent in that disparity.

The data, based on a survey of people who signed up for coverage through the state’s health insurance exchange, also show that close to three-quarters of enrollees have used their coverage to obtain medical care. Among those who bought private insurance through the exchange, 76 percent said they have a primary-care physician, as did 66 percent of Medicaid enrollees.

Exchange officials announced the data at a press conference Wednesday, deeming it evidence that their program was working and pledging to use the findings to inform future enrollment efforts. The next sign-up period begins Nov. 15, and will bring the dual challenge of trying to retain current customers and reach those who remain uninsured and could face steeper barriers to getting coverage.

“Our customers are using the system,” said Jim Wadleigh, chief executive of the exchange, Access Health CT. “Connecticut residents are able to see their primary-care physicians, and they’re getting healthier.”

During the first open enrollment period, which ran from Oct. 1, 2013, through March 31, 78,713 people signed up for private insurance and 129,588 people enrolled in Medicaid through the exchange.

The makeup of the customer base has been a big question for both supporters and critics of the health law. While the age of people signing up was available throughout the enrollment period, other data, including race and ethnicity, and whether those signing up had been uninsured, wasn’t consistently collected, making it difficult to determine the extent to which the enrollment effort was affecting the uninsured. The health status of the new members, which could play a big role in the cost of insurance in the future, also remains unclear.

Access Health commissioned a survey of members earlier this year. The agency released some information Wednesday, but isn’t making the full survey results available until Thursday.

The findings released Wednesday include:

The survey also indicated that the exchange has helped many black and Hispanic Connecticut residents gain health care coverage.

Census figures show blacks and Hispanics make up 23.4 percent of Connecticut’s population. But data used by Access Health before the start of last fall’s enrollment period indicated that of the state’s uninsured, 25 percent were Hispanic and 12 percent were black.

The research, conducted by The Pert Group of Farmington, included a 5-minute telephone survey of 6,015 exchange customers. Of those, 1,363 answered a more detailed survey.