The second enrollment period for private health insurance under Obamacare begins Saturday and runs through Feb. 15.

With that will come a barrage of ads aimed at getting people to sign up, thousands of customers facing decisions about their plans, and lots of eyes on how well things are going at a key time for one of the country’s most controversial laws.

Here are a few things to watch.

How well will the systems work?

But things weren’t entirely smooth here, particularly when it came to getting the new enrollees’ coverage started. Early customers of Anthem Blue Cross and Blue Shield in particular faced problems having their first payments processed by the carrier and getting insurance cards, although it got better as the year went on.

And some people who signed up for Medicaid faced significant delays before their information was entered into the system that health care providers and pharmacists use to confirm coverage, causing some to struggle to make medical appointments or get prescriptions filled.

Jim Wadleigh, the acting CEO of Access Health CT, the state’s health insurance exchange, said he’s “cautiously optimistic” about the system. And both he and a spokesman for the state Department of Social Services, which runs Medicaid, say the process for handling new Medicaid clients’ information is working better now. DSS spokesman David Dearborn said 98 percent of the time, the information about new Medicaid clients is entered into the department’s system within two to four days.

How many people will sign up, and who are they?

In addition to the overall numbers, there are a few key groups to watch. Among them:

The uninsured: Access Health estimates there are about 140,000 state residents without health insurance, and has set a goal of enrolling a quarter of them. Experts say it will be harder to sign up the remaining uninsured, since those who were easiest to reach already have signed up, and because this year’s outreach effort is smaller than the previous one. The exchange’s research says many of the remaining uninsured are minorities and living in cities, and it plans to target them with advertising on networks like BET and during NFL games, and with in-person enrollment assistance in Hartford, Bridgeport, Willimantic and other places where many residents lack insurance.

Related: Who’s still uninsured in Connecticut and why?

People losing their individual-market plans: As of June 30, there were 50,947 Connecticut residents covered by individual-market health plans that can’t extend beyond this year because they don’t meet the health law’s requirements. That means a big pool of people — almost one in three people who bought their own plans in 2014 — will be in the market for new coverage. Will they buy plans through the exchange, or those sold outside the exchange? 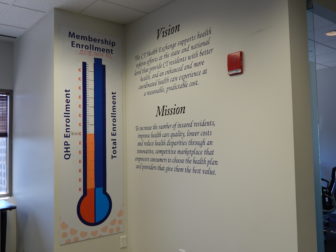 Access Health CT, the state’s health insurance exchange, tracks enrollment on a sign in its lobby. In preparation for the next round of open enrollment, the tracker is back to zero.

Current exchange customers: About 75,000 people currently have private insurance plans purchased through Access Health, and keeping them enrolled isn’t a given. Still, Connecticut’s exchange could be in better shape than many of its counterparts when it comes to retaining customers because Access Health has an automatic renewal process. That means that for many customers, the default option if they do nothing will be to stay in their current plans.

Will people want to do that? In a survey of Access Health customers conducted on the exchange’s behalf, 78 percent of those with private insurance plans said they were very or somewhat likely to sign up for coverage through Access Health again.

One group that warrants particular attention are people who were newly covered this year but didn’t feel their plan was a good value, such as those who had high deductibles they didn’t meet, said Deb Polun, director of government affairs and media relations at the Community Health Center Association of Connecticut.

The young invincibles: Young people are coveted in insurance pools because they’re presumed to use fewer medical services than older customers, meaning that their lower medical costs could help offset the costs of covering older and sicker people. The key here isn’t just how many young people sign up, but how that compares to what the insurance companies were expecting when they came up with their rates. In 2014, 25 percent of Access Health’s private insurance customers were 18 to 34 (another 7 percent were under 18).

Last year, newcomer HealthyCT faced a challenge: Convincing people to sign up with a new insurer that had some of the highest prices of any plans sold on the exchange. The company, a nonprofit created with federal funds made available through the health law, snagged just 3 percent of the exchange’s private insurance customers.

This year, the company’s pitch might be easier because its prices are among the lowest on the exchange.

How much of a difference will pricing make?

In the past, experts said customers tended to stick with one insurer. But that was before the advent of public exchanges, which allow people to compare plans with identical designs, offered by different companies. For the majority of people, “A lot of it comes down to cost,” said Tim Tracy Jr., a Fairfield insurance broker and president of the Connecticut chapter of the National Association of Health Underwriters.

In 2014, nearly two-thirds of Access Health customers who bought mid-level silver plans enrolled in the lowest-cost plan in that category, as did 45 percent of those buying lower-tier bronze plans, according to a report by Wakely Consulting Group.

Still, a survey of Access Health customers conducted by The Pert Group found that only three in 10 said they might switch insurers when re-enrolling.

Asked for enrollment targets, HealthyCT didn’t provide them, but released a statement from CEO Ken Lalime saying that the company is confident “we will improve our performance over last year’s open enrollment.”

Price changes aren’t the only shifts in the market. UnitedHealthcare is offering plans on the exchange’s individual market for the first time, joining HealthyCT and the two big players, Anthem Blue Cross and Blue Shield and ConnectiCare Benefits.

How much will people understand about the coverage they’re buying?

Insurance brokers, agents and others who help people with coverage say customers often lack the understanding to confidently pick plans on their own, particularly if they haven’t had insurance before or are accustomed to getting coverage through their employers. 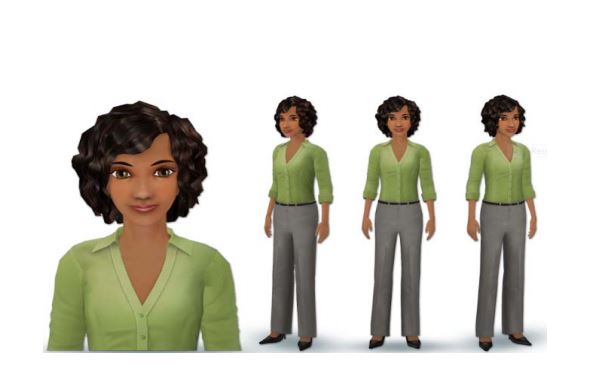 Research backs that up: Only one in five people could accurately determine how much they would owe for a routine doctor visit in a recent national health insurance literacy survey conducted by the American Institutes for Research. The group warned that people seem to overestimate their knowledge of health insurance, putting them at risk of ending up with a plan that requires them to pay more than they expected.

Related: 6 things to consider when picking your health insurance

In some cases, people buy plans based on the cost of monthly premiums, without taking into account differences in how much they’d have to pay out-of-pocket to get care.

This year, at the request of the Connecticut Insurance Department, the exchange’s call center staff is being instructed to urge people to examine more than just the premiums of the plans they’re considering. Because plans with lower premiums require members to pay more out-of-pocket when they get medical care, people who have chronic illnesses or use a lot of medical care or medication might end up paying less overall if they buy a plan with a higher premium that requires paying less when getting care.

Access Health’s website will also feature a “virtual assistant,” an avatar named Tina, to address shoppers’ questions while they browse the site.

Related: Deductibles, co-insurance and other health insurance terms to know

Beyond this open enrollment period, Wadleigh, the acting CEO, said he expects a larger focus on making sure that customers know how to use their coverage and understand the importance of getting preventive care, much of which is now covered at no charge to members as part of Obamacare.

Think you’re an expert on health insurance? Take this quiz from the Kaiser Family Foundation.

Related: What you need to know for Obamacare open enrollment this year

Related: How Access Health’s standard plans are changing from 2014 to 2015