Who would argue that at the end of life, our parents, siblings, and family members – our elders — deserve anything but the best care possible? So it is with concern, as a relative of elders in care, that I have followed developments regarding the use of psychotropic medications in nursing homes.

For many years at the national level  there has been an extensive and unproven experiment conducted on vulnerable elders, enabling the worst practices of short and inconsistent staffing in long term care.  As long ago as 1975,  the Congressional Special Committee on Aging issued a report called: Drugs in Nursing Homes: Misuse, High Costs, and Kickbacks.”

In recent years, there have been unprecedented settlements and fines to the billions of dollars paid by the pharmaceutical industry to state and  federal governments for false advertising  promoting meds which were only approved by the FDA for mental illnesses such as schizophrenia.    There is now  a broad medical consensus that for dementia patients these meds sedate, and may cause seizures, falls, and even death.

It is also known that there are proven and effective non-chemical interventions to address behavior based upon knowledge and individual attention to a person’s needs.  This is why the “National Partnership to Improve Dementia Care in Nursing Homes” has been encouraging. It is an industry/governmental effort coordinated by Medicare, which aims to educate and pursue voluntary reduction of the meds in the nursing home setting.

Unfortunately, for those elders who fall outside the demographics of reduction, progress may not come soon enough. Even by exceeding a goal for 15 percent announced in 2012, Connecticut still ranks last in New England and 34th in the nation for the use of antipsychotic medications.

Recent news reports have indicated that despite these efforts at reduction for facilities, prescribing to elders who remain in the community also remains high.  The Center for Medicare Advocacy, based in Willimantic, has recently issued a report that the figures of actual reduction in nursing homes may also be overrated and based on incomplete data.

Officials have called those  record  pharma settlements a victory for taxpayers, but where is the victory for elders who remain?  Sen. Richard Blumenthal had termed the  use of these meds a form of “elder abuse” and had introduced federal legislation in 2012 (which did not pass) to assure that informed consent is sought by providers.

Doesn’t it just make sense that a relative or legal representative be contacted by a physician to explain the condition being treated, the risks and benefits, as well as the alternatives already tried, for a particular person who is not competent to make medical decisions on their own? Excepting short term emergency situations, consent should be sought before placing and elder on a new med.  For those already in treatment, a written consent should be sought and placed on file at the time of the regularly mandated medication review.

Massachusetts adopted such a law last year. Enough is known so that the Connecticut General Assembly should swiftly draft and consider a bill to ensure that consent is obtained by a physician. 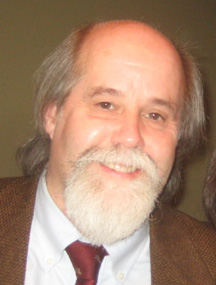 The average life expectancy for an elder in nursing home care is between two and three years.   It is now understood that advanced dementia and even Alzheimers patients can have deeply satisfying experiences through music and art,  and that there are many ways to prevent unneeded suffering.

We have a responsibility to protect these elders from harm and assure that they receive the best care possible.   The Connecticut General Assembly should act swiftly to pass an informed consent law to honor our elders.

Informed consent is the accepted practice and the assumed right of every American in healthcare; nothing less is required to honor the human rights, dignity, and quality of life for vulnerable elders.

Paul Caron is a children’s clinician and has been a conservator for elderly parents in long-term care over the last five  years . He is also a representative at a nursing home family council in New Haven.