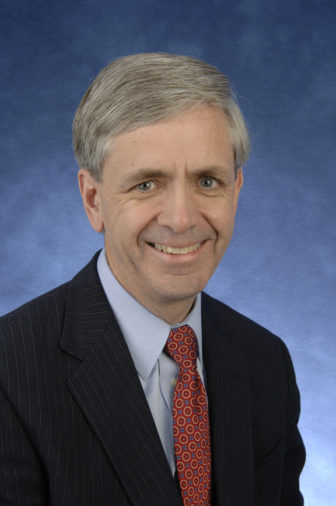 Martin J. Gavin, the president and chief executive of Connecticut Children’s Medical Center, plans to retire by the end of the year, the hospital announced Friday.

Gavin, 65, has led the state’s only freestanding children’s hospital for nine years and will stay on until a successor is chosen, according to the hospital.

“I have been incredibly fortunate to have had the opportunity to serve as President and CEO of Connecticut Children’s. I’ve always said that I have the best job in the world; it’s truly been a gift,” Gavin said in a statement released by the hospital. “But after nine years, it’s time for me to move on and let a new generation of leadership continue to advance our mission of caring for children and families.”

During Gavin’s tenure, the Hartford-based hospital has grown substantially, taking over the neonatal intensive care unit at UConn’s John Dempsey Hospital in Farmington and the inpatient pediatrics unit that serves Waterbury, which is based at St. Mary’s Hospital. The hospital also has opened facilities in Glastonbury, Shelton and Fairfield.

Gavin did not take a traditional path to becoming a hospital executive. He was retired in 2000 after more than 27 years in the insurance and investment industries, including stints at CIGNA and the Phoenix Companies.

But he had ties to the hospital, serving as chairman of its board when it opened in 1996. He had previously served on the board of its predecessor, Newington Children’s Hospital.

Gavin began leading Connecticut Children’s on an acting basis in January 2006, after the resignation of the previous chief executive during a troubled time for the organization, which included being placed on probation with the state Department of Public Health.

Gavin’s initial months as an acting leader impressed those looking for a new CEO. Although the hospital conducted a national search for a new leader, those involved in the search ultimately decided to stick with Gavin. At the time, Public Health Commissioner J. Robert Galvin told The Hartford Courant that the hospital had made rapid improvements under Gavin’s leadership.