Respite center’s closure highlights frustrations for families of the disabled 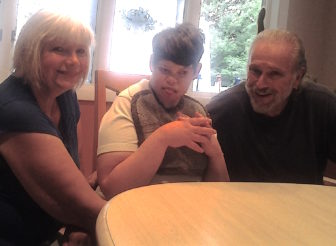 Judy LaChioma and her husband planned an autumn trip to California to see their son and 17-month-old granddaughter.

Unlike most people, they had an extra consideration in arranging the vacation. They provide care at home for their 42-year-old daughter, Danielle, who has multiple disabilities and daily seizures. So they reserved Danielle a spot for that October week at a Norwalk respite center with trained staff who could care for her.

Then last month, they got a letter saying the respite center, Founders’ Cottage, would close in September because of state funding cuts.

“It has turned our life around,” Judy LaChioma said of the plans to close the respite center, which provides short-term breaks for caregivers of adults with developmental disabilities. “It was our last resource.”

This year’s state budget was a hard-fought compromise, with tax increases that outraged some and spending cuts that angered others. It included cuts to the Department of Developmental Services, although they were not as steep as some proposed earlier in the process, leading some families of people with developmental disabilities to support the plan out of fear that any revisions would lead to deeper cuts.

A separate respite program for families of children with special health care needs also sustained cuts. That program, run by the Department of Public Health, had a 14-month waiting list earlier this year, and after the cut, the wait could get longer, according to the department.

Founders’ Cottage was something of an anomaly, funded differently than other respite programs in recent years, with successive pots of $240,504 in one-time funding. The head of the organization that runs it said the funding cut, while sad and disappointing, wasn’t surprising.

“I just can’t believe that the state is continuing to take from the same people, and that it’s the people who need to die to get their kids a residential placement,” said Nancy Clarke, a Westport resident whose 22-year-old son has stayed at Founders’ Cottage.

DDS officials said the department discontinued the pool of money dedicated to Founders’ Cottage – which led the organization that runs it to make plans to close the facility – to equalize how respite services are funded statewide, to be fair to other families the department serves.

“A limited number of families received respite services there,” DDS spokeswoman Joan Barnish said. “DDS has an obligation to ensure that respite resources are distributed in a fair and equitable manner to eligible individuals.”

People who used Founders’ Cottage will instead receive funds to buy respite services from other providers, Barnish said.

Commissioner Morna Murray said she understands the families’ frustration, and said the department is working to figure out ways to increase resources for respite services. At least in the short-term, she said, that could include having more respite services provided in people’s homes, even though she noted that families often prefer respite services at a facility, where their adult children can socialize. One challenge, Murray said, is that it’s difficult for private providers to run freestanding respite centers since it requires paying for overhead even if the facility isn’t always in full use.

“It’s a big challenge that we’re trying to address, knowing how important respite is for people, especially when that’s one of the main services that they’re accessing,” Murray said. 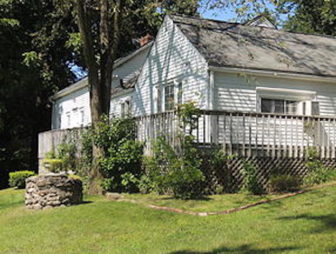 Some families that have relied on Founders’ Cottage are skeptical the alternatives will work out, saying it is difficult to hire people independently to provide 24-hour respite care or that their adult children had not done well at other facilities.

And some expressed frustration that the cut affected families who, by taking care of their adult children, save the state money that would otherwise be spent on group homes or other residential facilities.

Rosemary Pelli of Monroe works two jobs and, along with her husband, has cared for their 40-year-old son Jason with no help from the state, aside from monthly weekend stays at Founders’ Cottage.

“It makes a huge difference,” she said.

Pelli will now receive funding to pay for respite care, but she worries that the amount won’t be enough to hire anyone qualified. A state-run facility is an option, but Pelli said it’s harder to schedule time there since more people use it.

Clarke tried to have her son stay at a state-run respite facility. But it took five hours to get him to agree to stay there, and he refused to eat while there. The next morning, she got a call to pick him up. Founders’ Cottage, by contrast, felt like home to him, she said.

Having a place her son could go allowed Clarke and her husband to attend weddings or funerals. In emergencies, she would call Founders’ Cottage and ask if another family that had a reservation would switch to give up their spot.

“We do that for each other,” she said. “That’s real life. This is the kind of respite that people really need.”

Clarke said she considers herself lucky: Unlike some families, she receives state funding for in-home supports for her son, who has a history of violent behavior and is considered high-need. But arranging 24-hour care from those who already help out would be tough, she said; one is a part-time student and the other has another fulltime job.

About 50 families are registered to use the respite services at Founders’ Cottage, and about 30 use it on a regular basis, said Katie Banzhaf, executive director of STAR, Inc., Lighting the Way, which runs the facility. It has also accepted emergency placements of people with nowhere else to go, such as those with a caregiver who becomes ill, leaving no one else to provide care, she said.

“We’re disappointed to say the very least, but we’ve been watching the budget closely, and we know how these things work,” Banzhaf said.

The organization hopes to run the facility as a group home – once there is money for people to receive residential placements, Banzhaf said.

Ginger Spiers, whose daughter, April, 33, looks forward to going to Founders’ Cottage, said she emailed those listed as qualified respite providers in the area. Some told her they don’t do respite. Others said they only provide it in a family’s home.

“We are devastated,” said Spiers, whose daughter has been on a waiting list for residential placement for more than 25 years. April requires 24-hour care, and Spiers said respite allows families to take a needed night or weekend off, or an occasional week away.

“It’s hard to leave your child with anybody, especially when your child cannot really speak for themselves,” she said. “Founders’ would bend over backwards to make it work for April to be there.”

Other respite programs also sustained cuts in the budget.

The line item that funds the respite program for families of children with special health care needs took a 16 percent cut. A spokesman for the Department of Public Health said the cut could lead to longer wait times, although he said the department also plans to absorb some of the cut administratively. Earlier this year, the agency projected that a proposed cut – smaller than the one that was ultimately implemented – would affect more than 360 families and raise the wait time to 23 months.

Another program that serves caregivers of people with Alzheimer’s took a 5 percent cut in the budget, a reduction from the 25 percent cut Gov. Dannel P. Malloy’s administration initially proposed.