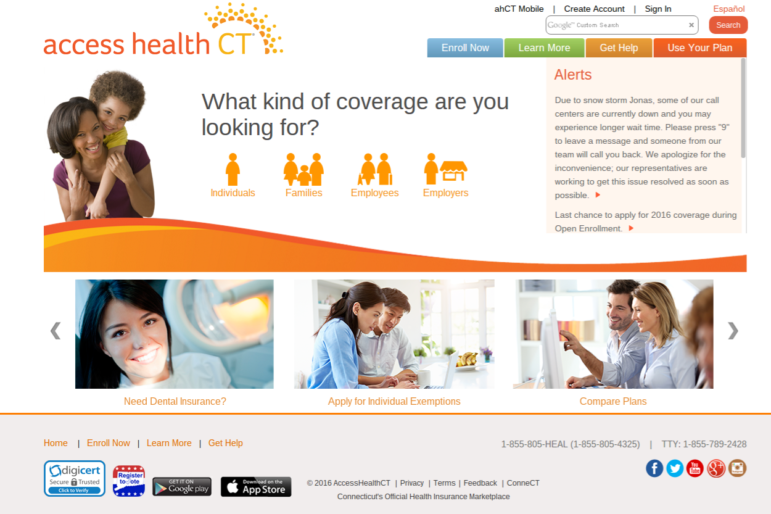 With less than a week until the open enrollment period closes, three of the four call centers serving Access Health CT clients were offline during peak hours Monday because of the weekend’s winter weather, according to a press release from the health care exchange.

Service was restored Monday afternoon, according to a spokeswoman for the health insurance exchange.

Call centers in Hartford, New York City and Harrisburg, Penn., were out of service for more than five hours after experiencing “technical issues” related to the winter storm that blanketed the region over the weekend. To make matters worse, the outage occurred Monday morning, which CEO Jim Wadleigh said is usually Access Health’s “busiest day of the week.”

“Naturally, we are concerned that our call center is not fully functioning during our last week of open enrollment,” Wadleigh said in the press release. “As we have said in the past, any consumer who calls us before the enrollment deadline at midnight on Jan. 31 and leaves a message will receive a call back after the deadline to help them enroll.” 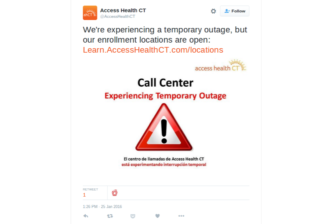 The outage began Monday around 8:30 a.m., and repairs at the three call centers took until 1:30 p.m. to be completed, Access Health government and public affairs outreach manager Kathleen Tallarita said. The fourth call center, in Chicago, remained open throughout the outage.

Maximus, the Virginia-based company that provides call center services for Access Health, said in the press release that the snow storm initially prevented them from reaching the offices to make necessary repairs.

Officials are not concerned about the possibility that the outage might result in lower enrollment.

“While Mondays are generally the highest call center days, the Maximus call center still answers a high percentage of Medicaid calls and those customers can enroll year-round,” Tallarita said. “The call centers are up and running, receiving normal Tuesday volume and so we don’t see fewer people enrolling with [Access Health] because of these events.”