Daria Novak, a conservative radio host who wants to return the U.S. to the gold standard, has failed twice to win the Republican nomination for the 2nd District congressional seat. Now, after nearly six months as the only candidate for the nomination in 2016, she has competition from a political newcomer.

Westbrook tax attorney Ann Brookes has filed paperwork to run for Democratic Rep. Joe Courtney’s seat as a Republican, joining Novak in the contest for the nomination.

Novak, who fell short of the nomination in 2010 and 2012, had been the only declared candidate since filing in October. Now both campaigns claim they have the support to win the Republican nomination at the state convention on Monday. Republicans will nominate candidates in all five congressional districts at the convention.

Despite being a relative unknown in state politics and a political novice, Brookes has begun to garner support from some Republican leaders in the 2nd District. Novak is relying on the ground game she has developed over the past six months to win the nomination, whether it happens at the state convention or in a primary. She said she plans to “continue campaigning through November.”

Brookes has pledged not to seek a primary if she does not receive the party’s endorsement.

“The people of this district deserve a fair shot at Joe Courtney,” Brookes said. “If we wait until the end of summer to hit the ground, we’re at a disadvantage compared to hitting the ground on May 9 at the convention. So, if she achieves the nomination – and I believe I have the delegate support to achieve it myself – but if she does, I’m not going to get in her way.”

While Brookes’ campaign infrastructure is still being assembled, Novak said she already has organized more than 160 volunteers and built a team ready to head into the general election.

But beyond asking questions about the length of Brookes’ involvement in her local Republican town committee, Novak has not engaged Brookes on any major issues in the race. Novak said she does not want a scuffle in the nomination process.

Brookes said she did not plan to campaign against Novak either, adding she is also focused on the general election. 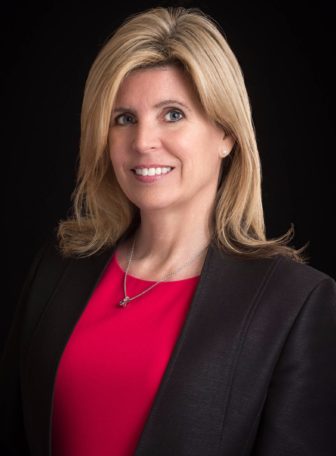 Brookes, 50, has never run for public office, but said she has been a Republican since she was 17 years old. Her involvement in government began in the mid-1980s, she said, when she interned with the state Senate Republican caucus while she was a student at Glastonbury High School.

The path to her congressional campaign, however, has been anything but a straight shot. Brookes is a one-time professional figure skater who has spent her career providing legal and business consulting rather than debating public policy.

After graduating from high school, Brookes attended Wheaton College in Massachusetts, taking several years off to train as a figure skater at The Broadmoor in Colorado Springs.

“I definitely learned to pick myself up after falling down,” Brookes said.

When her skating career ended, Brooks returned to Wheaton to complete her degree. From there, she earned a law degree at Western New England College and clerked for a pair of Superior Court judges in Hartford.

Brookes launched her own tax and consulting firms soon after graduating with a master of laws in taxation from Villanova in 1999. In the time since, Brookes said she has provided legal services and business consulting to clients in the United States and overseas, working with a government official in Portugal, urban planners in Iraq and a representative of one of the royal families in the United Arab Emirates.

It was only recently Brookes became involved in the Westbrook Republican Town Committee. She was appointed as the organization’s finance chair three months ago when the opportunity was presented, she said.

Brookes began exploring a run against Courtney in March and filed paperwork with the Federal Election Commission on April 5.

Novak said she found it concerning that Brookes had not been active in her town committee or community for a longer time. She said it raised questions about “whether she would be a good servant of the people.”

The centerpiece of Brookes’ campaign is tax reform, which she said is the key to strong economic growth and increased federal revenue.

Brookes said significantly reducing the corporate tax rate would slow the rate of corporate inversions – a process that allows businesses to legally relocate outside the country without physically leaving the United States. She also said she favors creating incentives for corporations to repatriate money kept overseas and reducing penalties on repatriation as well. This would, she said, increase federal revenue as businesses, jobs and capital return to the United States.

Tackling federal spending is also a priority for Brookes, but she could not name any specific programs she would want to cut if elected. She said it is “an important question,” but Congress should focus on creating a better business climate through tax incentives, which would lead to higher revenue.

Novak’s platform on taxation and spending is broader than the one presented by Brookes. Novak is advocating for significant federal tax and spending cuts, which she said will “incentivize growth in the private sector” and reign in the size of government.

Her top priority, however, is passing legislation to bring back the gold standard, which she said would be her first act after being elected. Novak said she plans to model the legislation on a 1984 proposal introduced by then-U.S. Reps. Newt Gingrich and Jack Kemp.

National security is also a major priority for Novak, who worked in the state department during Ronald Reagan’s administration. A part of revitalizing Connecticut’s economy, she said, involves rebuilding “America’s military might.”

Both Novak and Brookes said they would work to protect the Naval Submarine Base in Groton, which has avoided closure during Courtney’s tenure.

Novak, a former professor at the University of Connecticut and Eastern Connecticut State University, is also a strong advocate for reducing the cost of college and the burden of student loan debt on graduates.

The state of the race 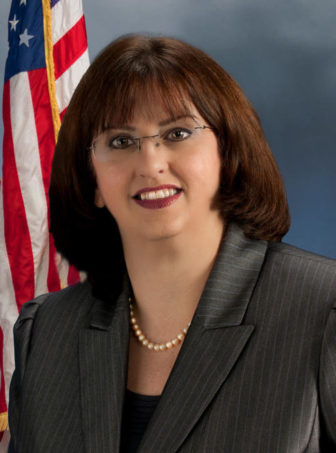 Novak said she is confident she remains the best candidate for the nomination, despite Brookes’ entry into the race.

“I’ve been working very hard for many years to go out into the communities and to listen to what the people of eastern Connecticut need and want,” Novak said. “I’m a person that really wants to serve the people.”

In both of her past two attempts to represent the party, Novak fell short in primary fights.

But those past losses have not deterred Novak, who has been working to develop a volunteer network spanning the district. She said she has been “going outside of traditional Republican circles” to broaden her appeal for the general election.

Either candidate will be at a fundraising disadvantage against Courtney, who has already raised $663,923 and had $918,113 in cash on hand at the end of March, according to his most recent FEC filing.

In her first six months of campaigning, Novak raised $11,274, according to her filing with the Federal Election Commission. She said money is not the priority right now and has instead put her efforts into organizing volunteers.

Novak said when the time comes to spend money, she plans to be “as scrappy as a frugal New Englander can be.”

Brookes said it would be difficult to match Courtney “dollar-for-dollar” but that a strong-enough fundraising effort could help lay the groundwork for a competitive campaign. Since Brookes filed to run after the March 31 cutoff, she did not have to report any fundraising numbers to the FEC.