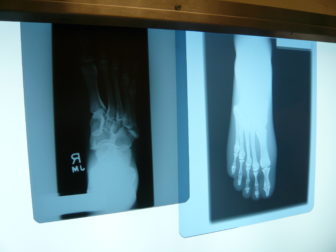 When the state cut Medicaid payment rates for radiologists by 42.5 percent last year, doctors and patient advocates warned it would get harder for poor patients to get mammograms and other imaging services.

A year and a half later, the state Department of Social Services says that hasn’t been the case: Radiology service use by Medicaid clients actually rose during a recent nine-month period, compared to one year earlier.

“The data does not support the conclusion that participants’ access to services has been diminished,” Social Services Commissioner Roderick L. Bremby wrote in a recent letter to leaders of the council that oversees the Medicaid program.

“To me that suggests that a decreasing number of Medicaid patients are being seen in outpatient radiology facilities, and that to me sounds like they’re having fewer choices,” said Dr. Thomas Farquhar, legislative co-chair of the Radiological Society of Connecticut.

While Bremby acknowledged the drop in usage of independent facilities, he wrote that it was negligible because “the vast majority of HUSKY members use hospital-based services.” In the period covered by the department’s data – June 1, 2015 through March 31, 2016 – there were 214,823 claims for hospital-based radiology services and 7,189 from independent radiologists.

The category of hospital-based services includes those that are affiliated with hospitals but are not located on their campuses.

Department spokesman David Dearborn said a review by DSS staff found there had not been a shift from community-based independent radiology facilities to hospital facilities “in any meaningful way that would affect access and utilization.” Historically, he said, fewer than 5 percent of radiology claims have come from facilities that were not hospital-based.

Radiologists have sought legislative action to reverse the rate cut, which took effect March 2015. Before that, radiologists were paid what Medicare paid for the services in 2007; the new rate was set at 57.5 percent of that. As a result, the physician fee for a mammogram fell from $35.56 to $20.45. The fee for a shoulder x-ray dropped from $7.67 to $4.41.

At the time, DSS officials said the cut brought radiologists’ rates in line with those of other health care providers – a point radiologists disputed – and with rates in other New England states.

Earlier this year, legislators passed a measure requiring the social services commissioner to provide quarterly data on Medicaid utilization trends in radiology services. It notes that the Medicaid council could use the data to determine the effect, if any, on patient access to services because of the rate cut.

Medicaid, known as HUSKY in Connecticut, now covers just under 750,000 people. The department reported the year-to-year change using annualized utilization rates per 1,000 member months, rather than relying on raw claim numbers, since that could be skewed by changes in overall enrollment.

“Even when accounting for this decrease, net utilization of all radiology services continues to rise, again demonstrating no decrease in access,” Bremby added.

Farquhar said utilization and access are not the same thing; if patients have to go to a hospital for services that could be provided at an outpatient facility near where they live, that’s an added burden, he said.