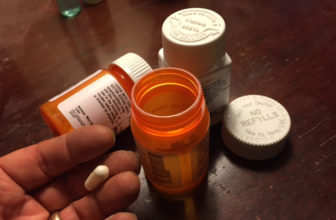 As drug prices have spiraled upward in the past decade, tens of millions of generally law-abiding Americans have committed an illegal act in response: They have bought prescriptions outside the U.S. and imported them.

One was Debra Miller, of Collinston, La., who traveled to Mexico four times a year for 10 years to get diabetes and blood pressure medicine. She quit in 2011 after the border patrol caught her returning to the U.S. with a three-month supply that had cost her $40. The former truck driver drew a stern warning not to do it again, but got to keep her pills.

“I didn’t know what I did wrong,” said Miller, 51, who now pays $120 a month at Walmart for her five medications while she waits to join Medicaid.

It’s no secret that some Americans regularly buy prescription drugs on the Internet or while traveling abroad. But the popularity of the approach is underscored by the results of a Kaiser Family Foundation poll conducted in November.

Eight percent of respondents said they or someone in their household had imported a drug at some point, a figure that would translate to about 19 million adults in the U.S. based on current Census population estimates.

Even the proportion found in the poll may be low, said Andrew Zullo, a clinical pharmacist and a doctoral student at the Brown University School of Public Health who has researched the subject. “People are uncomfortable talking about the cost of their own health care, and they don’t want to admit they are struggling to pay for their own meds,” he said. Some may also be reluctant to reveal they’ve broken the law.

Still, 8 percent is far higher than in surveys conducted by government interviewers, which suggested the number was about 2 percent in 2011 — though the government survey focused only on purchases in the previous 12 months. The Kaiser poll queried a nationally representative sample of 1,202 adults.

The Internet has made it easier for Americans to buy prescription drugs abroad, frequently from disreputable sources, according to Jaime Ruiz, a spokesman for U.S. Customs and Border Protection.

The Food and Drug Administration has cautioned that many online pharmacies aren’t what they seem to be. An international crackdown in 2014 found that many packages of medicines purportedly from Australia, Canada, New Zealand and the U.K. contained drugs from other countries, including India, China and Laos.

Zullo acknowledged that imported medications could be inferior or expired. Some could be counterfeits. But many medicines purchased from another country are the same as the ones patients buy in the U.S.

When purchased outside the country, many prescription medicines cost half or less of what they do in the U.S.

According to the FDA’s website, it is generally illegal for Americans to import drugs into the U.S. for personal use. The law isn’t rigorously enforced, in part because it is difficult to monitor the entry of medicine in suitcases and small packages. But in 2015 the FDA implemented a rule that would give government border inspectors expanded authority to destroy drugs imported for personal use at their point of entry.

In the poll, people who had imported medicines ranged from college students in their 20s to retirees in their 80s. They bought medications to treat chronic conditions — such as high blood pressure and thyroid problems — as well as acute problems such as sinus infections and acne.

Amanda Mazumder, a 27-year-old graphic designer in St. Paul, Minn., was stressed out by the murky legality of the situation when she tried buying birth control pills while in college five years ago. “That was the most difficult part, trying to be an honest citizen but also getting an affordable prescription,” she said. She couldn’t afford to pay $150 a month for her birth control, but found an online Canadian pharmacy that sold her a three-month supply for $60.

Bobby Grant, of Los Angeles, has relied on foreign pharmacies for seven years to get medicine for his partner’s severe asthma. Grant, 38, travels internationally for his job producing live shows. Each time he’s in Mexico or France, he buys 10-packs of inhalers and 20-packs of nebulizer solution for a fraction of what they would cost in the U.S.

His partner’s asthma would require inhalers costing $300 a month if she purchased them here. Grant estimates he saves at least $2,500 a year by buying the drugs overseas.

“I love her to death,” he said. “I’ll do whatever I can to take her stress away.”

This story was originally published by Kaiser Health News, a national health policy news service that is part of the nonpartisan Henry J. Kaiser Family Foundation. KHN’s coverage of prescription drug development, costs and pricing is supported in part by the Laura and John Arnold Foundation.