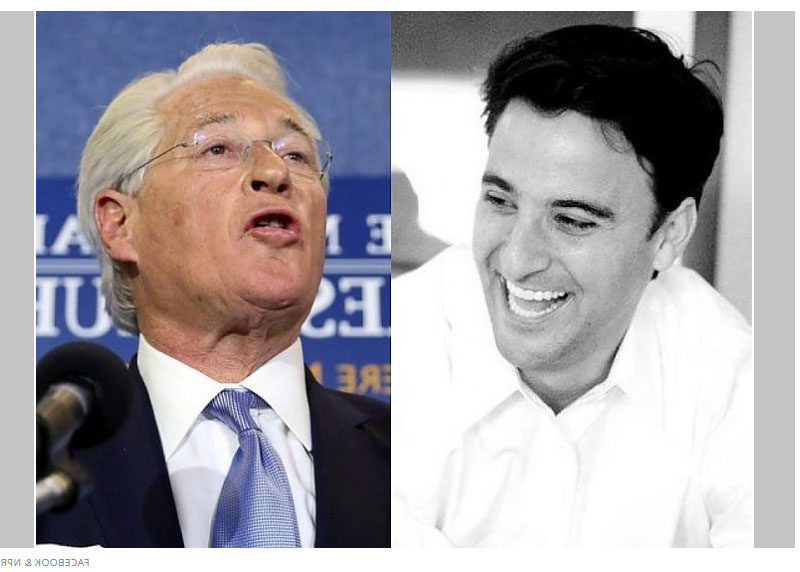 They both grew up in New Haven and were educated at Hopkins School and Yale. Now they find themselves on opposite sides of a legal drama that has riveted the nation: the special counsel’s investigation into the Trump campaign’s possible collusion with Russia to sway the 2016 election and any possible subsequent coverup.

Aaron Zelinksy, an assistant federal prosecutor and son of a former Edgewood alder, has begun working on former FBI director Robert Mueller’s investigation, on detail from his normal job.

Meanwhile, Marc Kasowitz, a son of a New Haven scrap dealer and Donald Trump’s personal lawyer, has been tapped to represent the president during the investigation. He has moved his base of operations to the White House and taken to the airwaves to rebuff accusations that the president is under investigation at all, let alone that he did anything wrong.

The two New Haven natives, now working on different sides of the independent investigation, traveled a similar path to their perches, a generation apart.

Kasowitz quarterbacked the football team at Hopkins School, where he and his twin brother graduated in 1970. He went on to rack up a degree from Yale College in 1974. “I have not seen him many times since high school, but he was always a passionate person, a loyal Yale College alumnus … who went on to build an aggressive, large, hard-driving law firm in a very short period of time,” said Harold Koh, a Yale Law School professor and former dean, as well as a former Clinton Administration assistant secretary of state, who was a year behind Kasowitz in high school.

Kasowtiz finished up at Cornell Law School in 1977.

“When I was very young, I was interested in law, and I expected to go to law school,” Kasowitz told the Cornell Law Forum in 1998. “Where I grew up, lawyers who were well regarded in the community were the people to whom lots of people would go for advice and to help solve problems. For want of a better phrase, they were the wise men in the community. That was attractive to me. That you could help people whether they were clients or friends.”

After school, Kasowitz worked at several Manhattan firms. When he left Mayer, Brown & Platt in 1993 to start his own partnership, a move he believed could make him more cash, Kasowitz brought along a small group of top-dollar clients and “served them with fierce loyalty,” according to an American Lawyer profile of his rise to one of the best-paid partners in the business. (Joseph Lieberman, Connecticut’s former senator and Al Gore’s running mate, joined the firm as senior counsel in 2013.)

Kasowitz first rose to prominence when his client in a massive lawsuit against the cigarette industry turned on the other defendants by handing over secret business documents to state attorneys general. The move won him the spotlight and a reputation as untrustworthy. Kasowitz cared only that his client kept its millions. “It was the first time a tobacco company had settled any litigation,” Kasowitz told the Cornell Law Forum. “Many people believe it was something that really protected the client. It was a creative thing to do, and it had never been done before.”

Trump first hired Kasowtiz’s firm to fend off a poacher from acquiring three of his Atlantic City casinos after his company declared bankruptcy. In the American Lawyer profile, he told a reporter he rarely speaks well of attorneys. But Kasowitz deserved praise. “[They] are not good lawyers; they’re phenomenal lawyers,” Trump said. “They’re highly talented with great insight into the future.” Kasowitz has since represented him for much of the last 15 years, including in the Trump University fraud settlement, a lawsuit against Trump biographer Timothy O’Brien for questioning his net worth and a strongly worded letter accusing The New York Times of libel for publishing stories of inappropriate groping last October.

Kasowitz signed on as the president’s lawyer after other top firms feared that the commander-in-chief wouldn’t heed their advice or would stiff them on their billable hours, according to an account of the search in The New York Times. Since taking the role, Trump’s loyal counsel has already come under fire for alleged ethics violations by advising White House staffers not to lawyer up.

On his website, Kasowitz touts himself as the “toughest lawyer on Wall Street,” an “uberlitigator,” and “one of the preeminent trial lawyers in the country.”

Zelinsky has joined a growing team of 13 top-notch lawyers conducting the special investigation. Handpicked by Mueller, they include veterans of some of the country’s biggest cases: James Quarles, an assistant special prosecutor for the Watergate investigation who focused on campaign finance research; Andrew Weissmann, who headed the Enron task force and other major fraud investigations; Jeannie Rhee, a colleague at Mueller’s old law firm who previously provided legal advice to the White House; and Aaron Zelbey, another WilmerHale partner.

Aaron Zelinsky graduated from Hopkins in 2002, where he served as president of the student council. He went on to collect a B.A. in Economics from Yale College in 2006 and a J.D. from Yale Law School in 2010. Professors remembered him as a standout student. Michael Wishnie, the law school’s deputy dean of experiential education, called Zelinksy “as sharp as anyone I’ve worked with and bursting with integrity — just the sort of stand-up guy that Mueller needs.”

Zelinsky started his career as a special assistant to Koh, then the State Department’s legal adviser in the Obama administration. “He did a brilliant job,” Koh recalled. Then Zelinsky clerked for Judge Thomas Griffith, a George W. Bush appointee on the D.C. Circuit Court of Appeals.

In July 2013, he nabbed a year-long gig on the Supreme Court, serving as law clerk for John Paul Stevens and Anthony Kennedy.

“He is a professional, non-partisan straight shooter, who worked for Democrats at the State Department,” Koh remarked, “but has probably spent more years working for Republicans” like Judge Griffith and Justice Kennedy. “He is an outstanding and fair-minded young prosecutor who will follow the facts and law where they lead. You can count on him to conduct any investigation based on law, not politics.”

On his desk, Zelinsky has often kept a picture of his grandfather Jacob Dronksi, a Pole who covertly helped the Americans during World War II, beside a framed letter from June 17, 1946. In the missive, an U.S. Army captain stationed in Bavaria, Germany, praises Dronski’s service as a special investigator pursuing Nazis and lawbreakers, then recommends him for American citizenship.

“[Zelinsky] has not resigned,” Bailey Drumm, the spokesperson in Baltimore, wrote in an email to the Independent. “He has been detailed to the Special Counsel’s Office.”

After the investigation wraps up, Mueller will decide whether his team drums up enough evidence to pursue a case for tampering with the election or obstruction of justice. Rosenstein will review his recommendations before any charges can be filed.