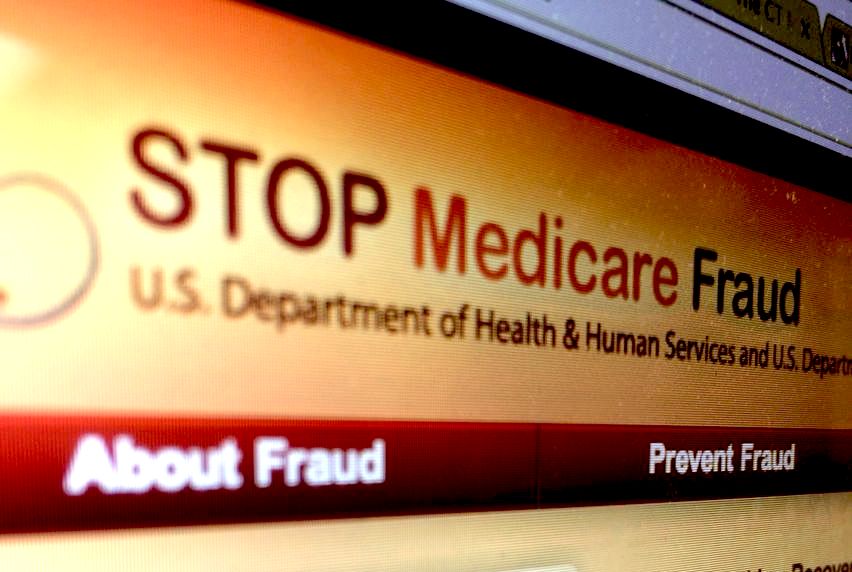 Federal health officials made more than $16 billion in improper payments to private Medicare Advantage health plans last year and need to crack down on billing errors by the insurers, a top congressional auditor has testified.

James Cosgrove, who directs health care reviews for the Government Accountability Office,  last Wednesday told the House Ways and Means oversight subcommittee that the Medicare Advantage improper payment rate was 10 percent in 2016, which comes to $16.2 billion.

Adding in the overpayments for standard Medicare programs, the tally for last year approached $60 billion — which is almost twice as much as the National Institutes of Health spends on medical research each year.

“Fundamental changes are necessary” to improve how the federal Centers for Medicare and Medicaid Services ferrets out billing mistakes and recoups overpayments from health insurers, he said.

Medicare serves about 56 million people, both those 65 and older and disabled people of any age. About 19 million have chosen to enroll in Medicare Advantage plans as an alternative to standard Medicare.

Standard Medicare has a similar problem making accurate payments to doctors, hospitals and other health care providers, according to statistics presented at the hearing. Standard Medicare’s payment error rate was cited at 11 percent, or $41 billion for 2016.

Last week, Attorney General Jeff Sessions announced the arrest of 412 people, some 100 doctors among them, in a scattershot of health care fraud schemes that allegedly ripped off the government for about $1.3 billion, mostly from Medicare.

Some lawmakers appeared frustrated that CMS cannot say for sure how much of the “improper payments” in both Medicare options are caused by fraud. The agency uses the term broadly to cover billing fraud, waste and abuse, as well as simply overcharges and underpayments.

“When trying to understand how much fraud is in Medicare, the answer is simply we don’t know,” subcommittee Chairman Vern Buchanan, R-Fla., said.

Yet he added that “it doesn’t take a big percentage [of fraud] to get a giant number” of dollars.

CMS official Morse did little to clear up any confusion over billing mistakes. In his written testimony, he said that improper payments are “most often payments for which there is no or insufficient supporting documentation to determine whether the service … was medically necessary.”

In his testimony, GAO official Cosgrove focused on the Medicare Advantage program. He took aim at a little-known government audit process called Risk Adjustment Data Validation, or RADV. These audits require health plans to submit a sample of patient records for review.

Cosgrove said that the RADV audits take too long to complete and failed to focus on health plans with the greatest potential for recovery of overcharges. He also said that CMS officials had not done enough to make sure the payment data they use are accurate. As a result, “the soundness of billions of dollars in Medicare expenditures remains unsubstantiated,” according to written testimony.

The GAO, the watchdog arm of Congress, has previously criticized CMS for its failure to ferret out overcharges in Medicare Advantage. In an April report, GAO found that CMS has spent about $117 million on the Medicare Advantage audits since 2010 but recouped just under $14 million in total.

Payment errors and overcharges by Medicare Advantage plans were the subject of a lengthy investigation by Kaiser Health News and the Center for Public Integrity. Federal officials have struggled for years to weed out billing irregularities by Medicare Advantage plans, according to CMS records obtained through a Freedom of Information Act lawsuit filed by the Center for Public Integrity.

The investigation found that Medicare Advantage payment errors result mostly from flaws in a billing formula called a risk score. Congress expected risk scores would pay higher amounts for sicker patients and less for people in good health when it began phasing in the billing scales in 2004.

But since then, a wide range of CMS audits and other reviews have found that Medicare wastes billions of tax dollars annually because some health plans inflate risk scores by exaggerating how sick their patients are. One CMS memo made public through the FOIA lawsuit referred to risk-based payments as essentially an “honor system,” with few audits to curtail fraud and abuse.

Even when RADV audits have detected widespread overpayments, CMS officials have failed to recoup money after years of haggling with the health plans.

In January, Kaiser Health News reported that Medicare had potentially overpaid five Medicare Advantage health plans by $128 million in 2007, but under pressure from the insurance industry collected just $3.4 million and settled the cases.

Morse testified on Wednesday that CMS is still in the process of completing appeals of RADV audits from 2007. He said that payment errors have been calculated for 2011 and that reviews for 2012 and 2013 were underway.

These results are years behind schedule, according to CMS documents, which show the results were expected in early 2014. In the past, officials have said that they expected to collect as much as $370 million from the 2011 audits.

Morse said on Wednesday he didn’t know when the 2011 audit results would be released. “Hopefully soon,” he said after the hearing. “I actually don’t know.”

KHN’s coverage related to aging & improving care of older adults is supported by The John A. Hartford Foundation.

This story was first published July 19, 2017, by Kaiser Health News, a national health policy news service. It is an editorially independent program of the Henry J. Kaiser Family Foundation.