Student absences to have higher stakes in most states. Will cheating follow? 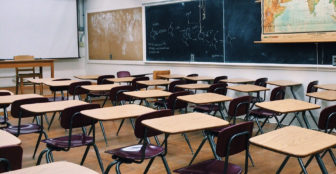 Schools across the country are about to be held accountable for student attendance — attaching stakes to a measure that previously had much less significance and increasing the risk that schools will try to manipulate that data.

But it’s unclear how effectively states have prepared for that possibility, or have systems in place to accurately monitor absenteeism data at all.

“It’s human nature, when the stakes rise, to want to game the system,” said Phyllis Jordan of the Georgetown-based think tank FutureEd. She recently wrote an analysis finding that 36 states plan to use chronic absenteeism to measure schools under ESSA, the federal education law. “In that regard, I don’t think chronic absenteeism is any different than other measures, like test scores.”

Of course, one way for schools to improve their chronic absenteeism marks is to add support that helps students show up to school. That’s exactly how experts and policymakers hope educators will respond, and because states are only using chronic absenteeism as a small portion of the accountability system, the incentives for cheating may not be strong. But past experience with evaluation systems suggests that a small number of schools will resort to unscrupulous means. 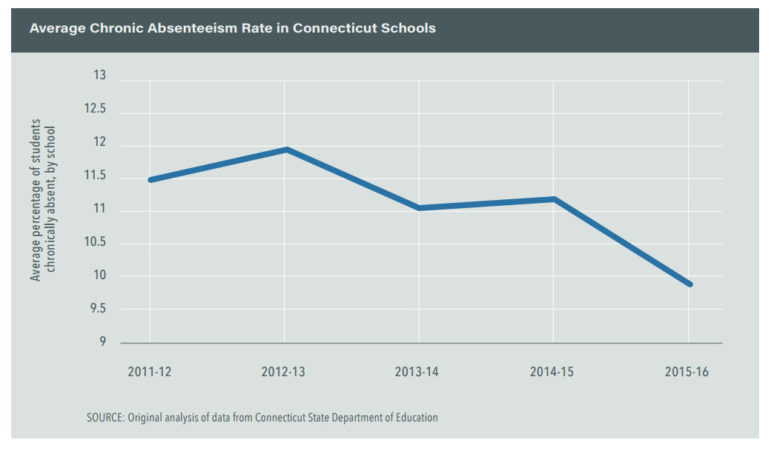 “When you’ve got high stakes on something, if there’s a way to corrupt it, some people are going to corrupt it,” said Diane Whitmore Schanzenbach, an education researcher at Northwestern who wrote a brief highlighting the advantages of using chronic absenteeism to measure schools. “The question is, how big is this incentive? How many schools are going to engage in this bad behavior?”

High stakes could lead to manipulation, but how big of a problem this will be is an open question

A 2003 study in Chicago found evidence of cheating on standardized tests in about 5 percent of elementary classrooms. More subtle gaming has also occurred: Research found evidence that teachers focused on topics likely to appear on the state test, at the expense of other academic standards.

The potential problem may be more acute when it comes to student absences because of the all-or-nothing way chronic absenteeism is measured.

In most states, a student is deemed chronically absent if they miss 10 percent of school days — around 18 days for those enrolled for a full school year. That means that schools might be especially tempted to mark a student present on the day of their 18th absence. (If student attendance rates are bunched right below the chronic absenteeism bar — say, many more are gone 17 rather than 18 days — that could be evidence of manipulation.)

In Connecticut, students are considered to be chronically absent it they miss 10 percent or more of the school year – or about 18 days. The state started factoring chronic absenteeism rates into the grades districts and schools received two years ago. Up to 5 percent of a school or district’s students can be chronically absent before there is an impact on its rating.

Absenteeism rates account for 10 percent of an elementary and middle school’s rating and 6 percent for a high school. However, schools do not lose all the points if more than 5 percent of their students miss school. Rather, points are deducted proportionately and all points are not lost until absenteeism rates exceed 30 percent. See story.

“We need to use accountability to promote an early warning approach — not just making sure kids are one less day absent,” said Hedy Chang, the executive director of Attendance Works, a nonprofit that promotes efforts to improve school attendance.

Both Jordan and Schanzenbach noted that, because states are generally counting chronic absenteeism for only about 5 to 10 percent of school ratings, the incentives to cheat are likely to be fewer.

“It’s going be an empirical question about how big is the corruption of this — my prediction is it’s going to be reasonably small,” said Schanzenbach.

“This is why we encourage people to keep chronic absence to a relatively low percentage of the overall weighting — if it’s less than 10 percent … it’s not worth investing in trying to game it,” said Chang.

Still, attendance manipulation scandals have cropped up before: A 2016 investigation in Chicago, where student attendance rates are a part of school scores and principal evaluations, found that four high schools had systematically changed attendance records.

Others are concerned about data issues beyond obvious cheating.

“I’m worried about outright manipulation, but I’m also worried about sloppiness of reporting and inconsistencies,” said Chad Aldeman of Bellwether Education Partners, a reform-oriented consulting firm that has undertaken an extensive review of state ESSA plans. Details like how schools count partial-day absences, or what happens when a teacher forgets to take attendance, will take on new importance.

Experts agrees that there should be some protections against manipulation of attendance data. But it’s unclear to what extent states have those safeguards in place.

Chalkbeat reached out to the 10 states that plan to use chronic absenteeism and have had their ESSA plans approved by the federal government. Nine of the state departments of education responded.

A representative for the Massachusetts Department of Education said that, because the state can see changes to attendance rates, “any data manipulation would need to be done systematically and could not be done after the fact without raising flags as to why so many post-dated attendance changes were being made.”

Oregon already looks for unusual trends in attendance data, but does not conduct audits of local districts. “However, the accountability office has conducted such audits on other accountability data,” an education official said. “I would anticipate that we might do the same with attendance data submissions, should concerns arise regarding the validity of that data.”

But some states mention checks that might not catch most manipulation.

Illinois, for example, ensures that “a student can’t have more absences recorded than days enrolled in the school.”

A spokesperson from the Tennessee Department of Education noted just one kind of potential irregularity: “If the school said a student was in class all day but got in an accident or committed a crime during that window, the school could be liable.”

Some states said that they are working on this issue, but specifics have not yet been fleshed out.

Delaware “is reviewing current processes around absenteeism and chronic absenteeism.” Maine will be hiring an ESSA data coordinator “who will monitor data integrity,” but “the exact procedure and policy around this is in process of being written,” according to a spokesperson.

In Arizona, “the Department [of Education] is meeting with various stakeholders to determine ways to improve reporting of attendance and absenteeism.”

States that already have been using chronic absenteeism or attendance rates to determine funding may face less of a learning curve.

In its school performance reports, “New Jersey has included chronic absenteeism data for elementary and middle schools for years,” a spokesperson said.

Connecticut, meanwhile, has been “collecting and reporting chronic absenteeism data for many years” and has a number of checks in place, including flagging any school with large increases or decreases in chronic absenteeism, according to a spokesperson.

See all nine states’ full explanations for how they plan to protect against manipulation of absence data.

This story was originally posted by Matt Barnum on Oct. 3, 2017, on Chalkbeat, a nonprofit news site covering educational change in public schools