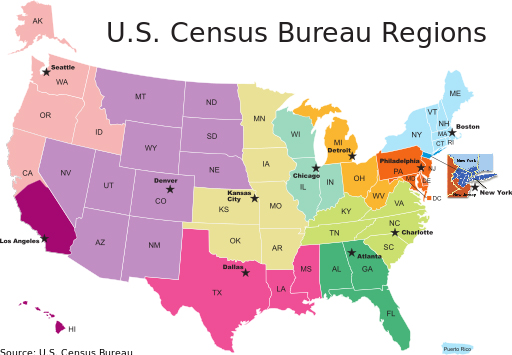 The Justice Department is pushing for a question on citizenship to be added to the 2020 census, a move that observers say could depress participation by immigrants who fear that the government could use the information against them. That, in turn, could have potentially large ripple effects for everything the once-a-decade census determines — from how congressional seats are distributed around the country to where hundreds of billions of federal dollars are spent.

The DOJ made the request in a previously unreported letter, dated Dec. 12 and obtained by ProPublica, from DOJ official Arthur Gary to the top official at the Census Bureau, which is part of the Commerce Department. The letter argues that the DOJ needs better citizenship data to better enforce the Voting Rights Act “and its important protections against racial discrimination in voting.”

A Census Bureau spokesperson confirmed the agency received the letter and said the “request will go through the well-established process that any potential question would go through.” The DOJ declined to comment and the White House did not respond to a request for comment.

Observers said they feared adding a citizenship question would not only lower response rates, but also make the census more expensive and throw a wrench into the system with just two years to go before the 2020 count. Questions are usually carefully field-tested, a process that can take years.

“This is a recipe for sabotaging the census,” said Arturo Vargas, a member of the National Advisory Committee of the Census and the executive director of NALEO Educational Fund, a Latino advocacy group. “When you start adding last-minute questions that are not tested — how will the public understand the question? How much will it suppress response rates?”

“People are not going to come out to be counted because they’re going to be fearful the information would be used for negative purposes,” said Steve Jost, a former top bureau official during the 2010 census. “This line about enforcing voting rights is a new and scary twist.” He noted that since the first census in 1790, the goal has been to count everyone in the country, not just citizens.

There have been rumblings since the beginning of the year that the Trump administration wanted to add a citizenship question to the census. Adding to the concerns about the 2020 count, Politico reported last month that the administration may appoint to a top job at the bureau a Republican redistricting expert who wrote a book called “Redistricting and Representation: Why Competitive Elections Are Bad for America.” The Census Bureau’s population count determines how the 435 U.S. House seats are distributed.

Commerce Secretary has the power

The law governing the census gives the commerce secretary, currently Wilbur Ross, the power to decide on questions. They must be submitted to Congress for review two years before the census, in this case by April 2018. A census spokesperson said the agency will also release the questions publicly at that time.

A recent Census Bureau presentation shows that the political climate is already having an effect on responsiveness to the bureau’s American Community Survey, which asks a more extensive list of questions, including on citizenship status, to about one in 38 households in the country per year. In one case, census interviewers reported, a respondent “walked out and left interviewer alone in home during citizenship questions.”

“Three years ago, [it] was so much easier to get respondents compared to now because of the government changes … and trust factors. … Three years ago I didn’t have problems with the immigration questions,” said another census interviewer.

The Justice Department letter argues that including a citizenship question on the once-a-decade census would allow the agency to better enforce Section 2 of the Voting Rights Act, which bars the dilution of voting power of a minority group through redistricting.

“To fully enforce those requirements, the Department needs a reliable calculation of the citizen voting-age population in localities where voting rights violations are alleged or suspected,” the letter states. The letter asks that the Census Bureau “reinstate” the question.

The full census, however, hasn’t included questions about citizenship since 1950. The Census Bureau has gathered such data in other surveys. The bureau switched the method of those surveys after the 2000 census. Today, it conducts the American Community Survey every year, which includes questions about citizenship, along with many other questions. The survey covers a sample of residents of the United States.

“You could always have better data but it seems like a strange concern because no one in the communities who are most affected have been raising this concern,” said Michael Li, senior counsel at the Brennan Center’s Democracy Program.