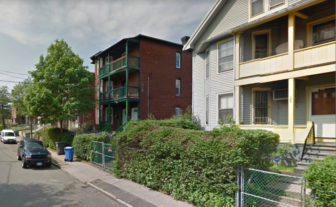 When Francis Pearman was studying at Vanderbilt, he and a fellow graduate student noticed a striking phenomenon in Nashville: white, affluent families were moving into low-income neighborhoods without sending their children to the neighborhood schools.

“We were really curious to see what that relationship looked like at the national level,” said Pearman, now a professor at the University of Pittsburgh.

When he and that student, Walker Swain, looked at national data, a pattern emerged. The ability to opt out of the neighborhood school increased the likelihood that a mostly black or Hispanic neighborhood would see an influx of wealthier residents.

Their finding adds to the already-contentious policy debates over school choice, gentrification, and segregation. And now another study, focusing on Charlotte, North Carolina, has come to similar conclusions: Housing prices spiked in areas where students were given new ability to switch schools away from one deemed failing.

“What is remarkable in this moment is that schooling and housing are decoupled in a way that hasn’t been the case before,” said Carla Shedd, a professor at CUNY who has written about school choice and housing.

To choice advocates, this separation of available school options from segregated housing systems is a key feature. To critics like Shedd, it raises tough questions about whether those newcomers help or harm a community. “What is a neighborhood without a school?” she asks. “What is a school without a neighborhood?”

When school choice is limited, lower-income communities with fewer people of color are more likely to see an influx of affluent residents. With additional school choice options, that relationship reverses.

The effects were substantial: a predominantly non-white neighborhood’s chance of gentrification more than doubles, jumping from 18 percent to 40 percent when magnet and charter schools are available.

The study found no impact of the open-enrollment initiatives that allow students to cross school district lines to attend school. Voucher programs, perhaps the most divisive of the school-choice options, had mixed effects.

The finding that wealthier families are more open to entering racially segregated neighborhoods if they can avoid the local schools isn’t necessarily surprising. Past research has demonstrated both that schools affect housing choices and that race is used by white families as a proxy for school quality. This is among the first studies to directly link school choice to gentrification, though the data can only suggest cause and effect.

The researchers note that they didn’t examine gentrifiers’ aversion to neighborhood schools, which could be based on accurate perceptions of school quality or based on racist assumptions.

The Charlotte study examines a similar phenomenon in one district in the early 2000s. Rules under the federal No Child Left Behind law meant that that when schools failed to meet certain progress benchmarks two years in a row, students in the school’s attendance zone received priority to attend other popular schools in the district. This made those areas attractive to families looking to get into favored schools and therefore primed for gentrification.

Researchers Stephen Billings, Eric Brunner, and Stephen Ross found that the policy led to increases in housing prices and meant homes were bought by higher-income families, compared to nearby areas where schools were not deemed failing.

It’s not clear whether students benefited from those options. Avoiding the neighborhood school may have boosted reading test scores, but had no effect in math, the study found. 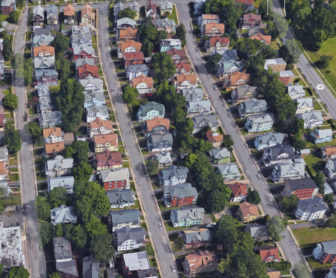 The same school choice programs that maintain or exacerbate school segregation can encourage residential integration. That could be a real positive, as there is evidence that growing up in high-poverty neighborhoods can hurt kids.

“There can be a restructuring of urban poverty, to the extent that schools become less connected to the neighborhood,” Pearman said.

But what do these changes mean for existing schools, students, and residents? Neither paper offers answers to how the newcomers affect those communities.

As for the local school, one study found that gentrification of neighborhoods in Chicago didn’t lead to any gains for existing students attending neighborhood schools.

Additionally, the disconnect between a school and its neighborhood — integration in one but not the other — could come with other adverse consequences, including loss of political power for long-term residents. While acknowledging that there’s inconsistent evidence that gentrification causes residential displacement, Shedd of CUNY noted its harder-to-measure effects, like the loss of local businesses and customs.

“Is it shifting a place from what it used to be, in terms of not just demographics, but perhaps people’s attachment to … the places there, and the norms that are present?” she said.

The Charlotte researchers point out another downside: that families who move thanks to school choice policies can actually undermine the intent of some of those policies.

“Although the NCLB school choice provisions were designed to benefit the current residents of failing schools,” they write, families able to move strategically may mean “the benefits of the program mainly accruing to newer and presumably wealthier households.”