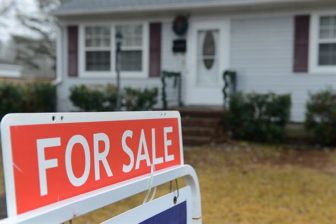 Connecticut home prices continue to rise at a much slower rate than those across the rest of the nation, according to recent data from the Federal Housing Finance Agency.

Connecticut home prices appreciated 3.6 percent over the last year. With a national average appreciation of 6.9 percent between the first quarters of 2017 and 2018, Connecticut ranks 38th, up from 47th last year.

The most recent FHFA report gives national as well as state-by-state averages of home appreciation rates year-over-year. The information is gathered based on sales transactions and refinancing of individual single-family homes mortgaged by the Federal National Mortgage Association (“Fannie Mae”) or the Federal Home Loan Mortgage Corporation (“Freddie Mac”).

Homes nationwide have appreciated steadily since 2012, exceeding pre-recession prices by mid-2016. Meanwhile, Connecticut home prices have not yet returned to where they once were. The FHFA also calculated appreciation over the last five-year period, and here, Connecticut exhibited the slowest growth — just 8 percent. The national average is 34 percent.

Among metropolitan areas, Hartford ranks seventh from the bottom nationwide. Hartford home prices increased by only 0.7 percent between 2017 and 2018 but decreased by twice that amount between January and March of this year. At the opposite end is Boise City, Idaho, which leads the nation with an appreciation of 15 percent, followed by Las Vegas and Seattle.

In its video report, the FHFA highlights the increased demand in the housing market as a key reason for nationwide appreciation, but notes that appreciation now seems to be “tapering.”

Don Klepper-Smith, Chief Economist at DataCore, characterized housing demand in Connecticut as being “soft” due to years of out-migration, an aging and shrinking population, and a slow-to-recover labor market.

“The research is very definitive showing that, as goes the health of the labor market, so goes ‒ generally‒ the health of the housing market,” Klepper-Smith explained. He mentioned that Connecticut has recovered only 78 percent of the jobs lost from the Great Recession, and that it is the only New England state with less than 100 percent job recovery. Recent Bureau of Labor Statistics numbers also show that Connecticut lost 4,900 jobs between February and April of this year, though employment is generally increasing.

With the way things are going, Klepper-Smith predicts a gradual increase in Connecticut housing prices and full job recovery for the state around early 2020.