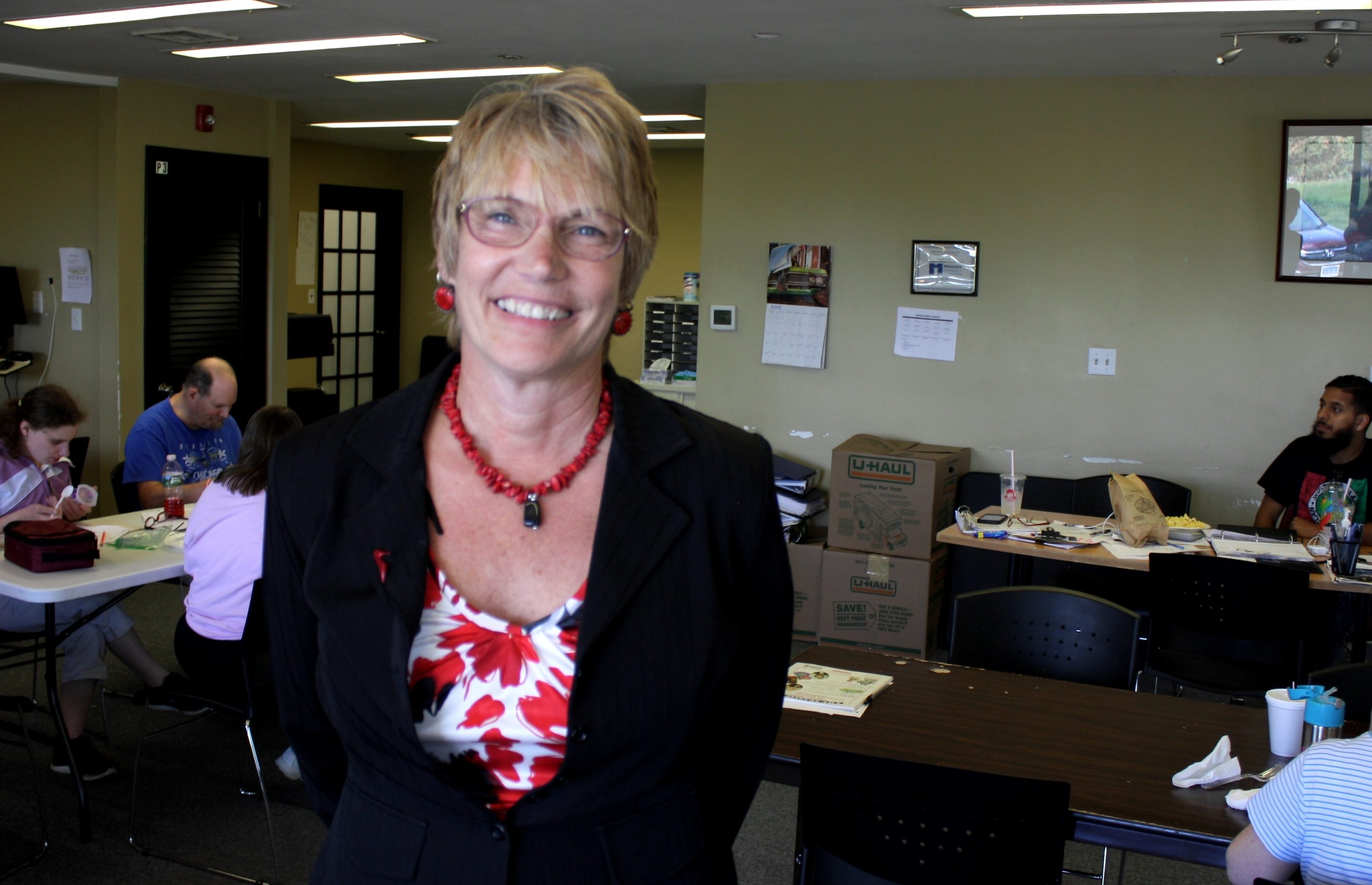 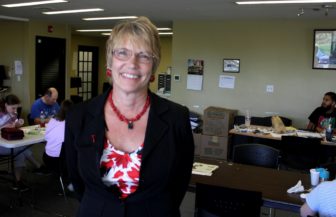 MidState Arc executive director Pamela Fields struggles to keep her best employees, because starting wages of $12 an hour must compete with higher pay at Walmart and fast-food outlets such as MacDonald’s.

Controlled chaos – something like a symphony orchestra tuning up – is the scene as the staff at the Arc Eatery in Meriden gets ready to crank out burgers, BLTs and chicken quesadillas for lunch. But instead of one conductor among the white-clad preparers and servers, there are a dozen or more.

The cafe and catering service, staffed by developmentally disabled clients of MidState ARC, requires very close supervision. After all, there are sharp knives and hot ovens involved, and safety is paramount. Questions and answers are called across the kitchen as trays of food get shuttled around. Cupboard doors open, then bang shut. Everyone works under the supervision of a trained chef.

The eatery is open to the public. Several of those trained in the program, which serves clients from 26 Connecticut towns, have gone on to work at restaurants in the community.

It’s an example of the labor-intensive nature of social services for people with autism spectrum disorders, Down Syndrome, cerebral palsy and other developmental disabilities. About 280 staff are required to serve the roughly 300 disabled clients living in 12 group homes managed by the agency, getting individual services or attending day programs such as the eatery, executive director Pam Fields said.

“We have some people who need two staff with them at all times, not one,” she said.

After 30 years in the profession, Fields has seen the steady constriction of Connecticut’s social services budget jolt hers and other organizations doing this difficult but necessary job.

“What we’ve seen is a watering down of services,” she said. “Beginning with the fiscal collapse of 2009, it has really continued. We’ve done a lot of juggling to make ends meet.”

A persistent concern is retaining staff who have been carefully trained, and who have forged trust relationships with the clients. Starting at $12 an hour, based on MidState’s contract with DDS, most have not had a raise in about a decade.

“The staffing crisis is huge,” Fields said. “You can start at Walmart of McDonald’s for more than that!” And many do: Fields said as far as she knows, every one of her employees holds down a second job – and sometimes a third – to make ends meet.

The MidState Arc’s budget of $12.5 million was not reduced this fiscal year, but it didn’t increase either. And the work demands continue to grow from what the director termed “unfunded state mandates.” For example:

All are worthy, well-intended initiatives, Fields said. “But when they require it but don’t fund it, there’s less money to pay staff, and less money to go around.”

Legislation requiring nonprofit social service agencies with state contracts to pay direct-care workers at least $14.75 an hour takes effect at the start of 2019, and those earning more will also get small raises. That is encouraging to Fields. But what is discouraging is what keeps happening to her best employees.