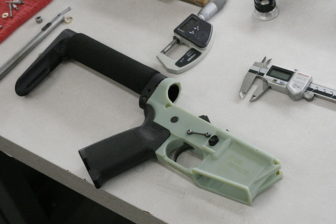 The order comes one day before the temporary restraining order was set to expire. The restraining order was issued on July 31 after Connecticut, along with 19 other states and the District of Columbia, sued the Trump administration in response to a settlement between the federal government and a Texas company, Defense Distributed, that would have allowed plans for the guns to be made public.

“We are very pleased that the judge ruled that way,” said Po Murray, chairman of the Newtown Action Alliance. “After we heard, we urged President Trump, Secretary [of State Michael] Pompeo and Attorney General [Jeff] Sessions to comply with the ruling and for Congress and Donald Trump to pass the legislation to ban 3D guns and ghost guns.”

The settlement between the federal government and Defense Distributed allows the company’s blueprints to be made available online. The blueprints explain how to print a fully functional, plastic weapon without a serial code, making them undetectable and untraceable.

The federal government filed a temporary modification on July 27 allowing the release of these blueprints. According to Jepsen, Congress should have been alerted 30 days prior to the release date in order to allow appropriate time for review.

The settlement comes five years after the federal government originally stopped the company from making its plans available, arguing that a public release would be equivalent to an illegal gun export since anyone in the world could download the plans. Throughout the Obama and Trump administrations that stance was upheld, and efforts were made earlier this year to dismiss the case.

“We are obviously very pleased the judge agreed with the attorneys general that there is likelihood of real harm,” said George Jepson, attorney general of Connecticut. “We showed likelihood of irreparable harm. We needed to show that the states had a strong chance to prevail on the merits when there is a full hearing, and we did.”

Unlike under the temporary restraining order, the defendant — the U.S. State Department — will have the opportunity to file an appeal in the wake of Monday’s ruling.

According to Jepsen, a full hearing can be expected to occur in a matter of months. The ruling in that case would set a precedent for all future cases regarding downloadable blueprints for weaponry.

“In the meantime, we will be making our preparations for a fuller hearing or trial,” Jepsen said. “We will stay vigilant about other groups downloading equally dangerous blueprints for other weapons.”

Decades go by and little changes. America has to do better

On  a rainy day years ago, a 12-year-old boy was visiting his cousin in the south end of Hartford. They were listening to music, playing video games and doing typical pre-teen stuff. In that same building a drug raid took place. The drug dealers broke into the apartment to escape through the back door. The cops ran behind the drug dealers without identifying themselves. The police officers grabbed the kids and assaulted both of them before placing them in handcuffs.

Connecticut’s Progressive Caucus and state union leaders are again calling for an increase in the state income tax and are justifying their recommendation by pointing to a 2014 tax incidence report released by the state Department of Revenue Services. But the report does not provide the justification they think it does.