Candidates are already staking out their territory on the issue 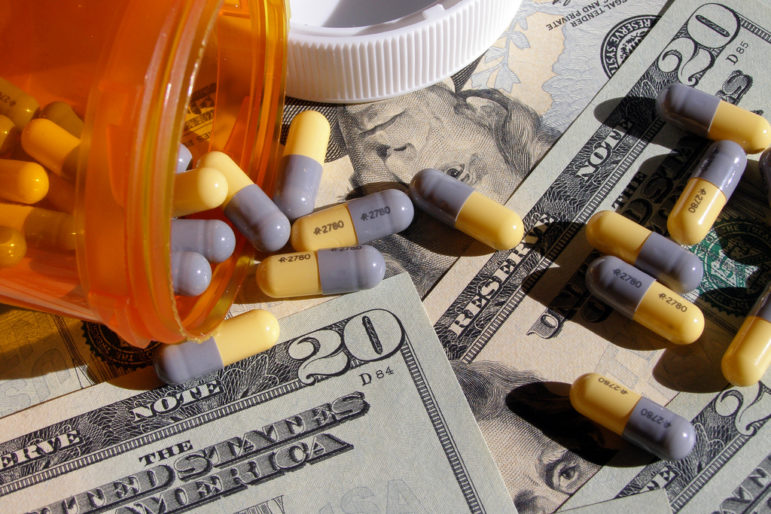 The next presidential primary contests are more than a year away. But presumed candidates are already trying to stake a claim to one of health care’s hot-button concerns: surging prescription drug prices.

“This is a 2020 thing,” said Dr. Peter Bach, who directs the Center for Health Policy and Outcomes at Memorial Sloan Kettering Cancer Center in New York and tracks drug-pricing policy.

Spurred on by midterm election results that showed health care to be a deciding issue, lawmakers — some of whom have already launched presidential run exploratory committees — are pushing a bevy of new proposals and approaches.

Few if any of those ideas will likely make it to the president’s desk. Nevertheless, Senate Democrats eyeing higher office and seeking street cred in the debate are devising more innovative and aggressive strategies to take on Big Pharma.

Some Republicans are also proposing drug-pricing reform, although experts say their approaches are generally less dramatic.

Here are some of the ideas either introduced in legislation or that senators’ offices confirmed they are considering.

Make a public option for generic drugs. The government could manufacture generics (directly or through a private contractor) if there is a shortage or aren’t enough competitors to keep prices down. This comes from a bill put forth by Sen. Elizabeth Warren (D-Mass.) and Rep. Jan Schakowsky (D-Ill.).

Let Medicare negotiate drug prices. This idea has many backers — what differs is the method of enforcement. Sen. Sherrod Brown (D-Ohio) has suggested that if the company and the government can’t reach an agreement, the government could take away the company’s patent rights. A proposal from Sen. Bernie Sanders (I-Vt.) and Rep. Elijah Cummings (D-Md.) would address stalled negotiations by letting Medicare pay the lowest amount among: Medicaid’s best price, the highest price a single federal purchaser pays or the median price paid for a specific drug in France, the United Kingdom, Germany, Japan and Canada.

Pay what they do abroad. Legislation from Sanders and Rep. Ro Khanna (D-Calif.) would require companies to price their drugs no higher than the median of what’s charged in Germany, Japan, France, the United Kingdom and Canada. If manufacturers fail to comply, other companies could get the rights to make those drugs, too.

Penalize price-gouging. This would target manufacturers who raise drug prices more than 30 percent in five years. Punishments could include requiring the company to reimburse those who paid the elevated price, forcing the drugmaker to lower its price, or charging a penalty up to three times what a company received from boosting the price. Backers include Sens. Richard Blumenthal (D-Conn.), Kamala Harris (D-Calif.), Jeff Merkley (D-Ore.) and Amy Klobuchar (D-Minn.).
Import drugs. A Sanders-Cummings bill would let patients, wholesalers and pharmacies import drugs from abroad — starting with Canada, and leaving the door open for some other countries. Sen. Chuck Grassley (R-Iowa) and Klobuchar have a separate bill that is specific to patients getting medicine from Canada alone.

Abolish “pay-for-delay.” From Grassley and Klobuchar, this legislation would tackle deals in which a branded drugmaker pays off a generic one to keep a competing product from coming to market.

This flurry of proposed lawmaking could add momentum to one of the few policy areas in which conventional Washington wisdom suggests House Democrats, Senate Republicans and the White House may be able to find common ground.

“Everything is up in the air and anything is possible,” said Dr. Walid Gellad, co-director of the Center for Pharmaceutical Policy and Prescribing at the University of Pittsburgh. “There are things that can happen that maybe weren’t going to happen before.”

And there’s political pressure. Polls consistently suggest voters have a strong appetite for action. As a candidate, President Donald Trump vowed to make drug prices a top priority. In recent months, the administration has taken steps in this direction, like testing changes to Medicare that might reduce out-of-pocket drug costs. But Congress has been relatively quiet, especially when it comes to challenging the pharmaceutical industry, which remains one of Capitol Hill’s most potent lobbying forces.

One aspect of prescription drug pricing that could see bipartisan action is insulin prices, which have skyrocketed, stoking widespread outcry and could be a target for bipartisan work. Warren’s legislation singles out the drug as one the government could produce, and Cummings has already called in major insulin manufacturers for a drug-pricing hearing later this month. In addition, Rep. Diana DeGette (D-Colo.), the new chair of the House Energy and Commerce Oversight and Investigations Subcommittee, has listed prescription drug pricing as a high priority for her panel. As co-chair of the Congressional Diabetes Caucus, DeGette worked with Tom Reed (R-N.Y.) to produce a report on the high cost of insulin.

To be sure, some of the concepts, such as drug importation and bolstering development of generic drugs, have been around a long time. But some of the legislation at hand suggests a new kind of thinking.

House Speaker Nancy Pelosi (D-Calif.) has labeled drug pricing a top priority, and the pharmaceutical industry has been bracing for a fight with the new Democratic majority.

Meanwhile, in the GOP-controlled Senate, two powerful lawmakers — Sen. Lamar Alexander (R-Tenn.) and Grassley — have indicated they want to use their influence to tackle the issue. Alexander, who chairs the Health, Education, Labor and Pensions Committee, has said cutting health care costs, including drug prices, will be high on his panel’s to-do list this Congress. Grassley runs the Finance Committee, which oversees pricing issues for Medicare and Medicaid.

“The solution to high drug prices is not just having the government spending more money. … You need to look at prices,” Gellad said. “These proposals deal with price. They all directly affect price.”

Given the drug industry’s full-throated opposition to virtually any pricing legislation, Sachs said, “it is not at all surprising to me to see the Democrats start exploring some of these more radical proposals.”

Still, though, Senate staffers almost uniformly argued that the drug-pricing issue requires more than one single piece of legislation.

“We need to use every tool available to bring down drug prices and improve competition,” said an aide in Warren’s office.

KHN’s coverage of prescription drug development, costs and pricing is supported in part by the Laura and John Arnold Foundation. Kaiser Health News (KHN) is a national health policy news service. It is an editorially independent program of the Henry J. Kaiser Family Foundation which is not affiliated with Kaiser Permanente.