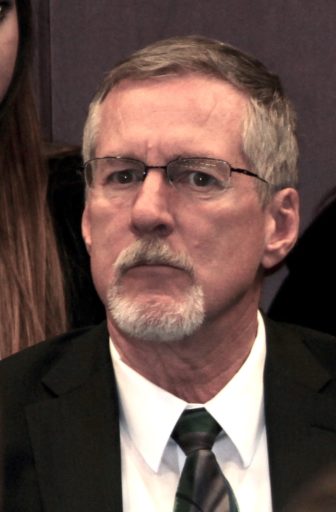 The latest report from the federal monitor of the state Department of Children and Families shows that the agency maintained compliance with five of 10 measures that are part of a court supervised exit plan, but is still failing to meet the remaining five – including those related to hiring and caseloads.

“I think it’s encouraging that they maintained compliance” for half the measures, said Martha Stone, one of the original lawyers who filed the case known as “Juan F.” against the agency in 1989. However, Stone, who is executive director of the Center for Children’s Advocacy, said, “I think with a new commissioner, it’s important for them to double down on the remaining five.”

The Juan F. class action lawsuit charged that the state was failing to provide necessary services for abused and neglected children and youth. A consent decree calling for reforms was signed in 1991 and the state’s child welfare agency has been under a federal court monitor’s supervision since 1992.

Ray Mancuso, the current court-appointed monitor of the state’s child-welfare agency, wrote in the report released Monday that, among the measures that did not meet the established standards, the most concerning issues continue to be excessive caseloads for social workers, the department’s investigatory practices, the case planning process, meeting the service needs of children and families, and appropriate visitation practices by DCF staff.

Normally, the court monitor’s report includes a statement from the Department of Children and Families but this one did not because the newly-appointed commissioner, Vannessa Dorantes, was not in office during the time period covered by Mancuso’s review. Dorantes replaced former Commissioner Joette Katz, who served for eight years under Gov. Dannel Malloy.

Dorantes’ office issued a statement on her behalf Monday:

“I look forward to working together with the Court Monitor’s Office and Children’s Rights to continue to make progress under the Juan F. Exit Plan. I am confident that we all are committed to improving how the Department works with families and communities in order to advance the wellbeing of the children we serve. By working together as a team, we can be the most successful in improving the lives of children and families.”

The latest report covers the second and third quarters of 2018 and is filled with a multitude of measures that the monitor is covering as part of a revised exit plan for the court case.

A key finding in the report relates to the state’s efforts to reduce social worker caseloads. Mancuso wrote that in the last four quarters, the state has “made a commitment to addressing this issue in a substantive manner.”

He said although the department has hired 120 new social workers, those employees have months of training before they can assume full caseloads. In addition, he said, the department has struggled both with the retention of staff and with an increasing number of reports that must be investigated.

“The state has wisely moved to a system of predictive hiring for DCF,” Mancuso wrote. “This allows them to plan blocks of hiring that track roughly with their attrition rate. The Department must strive to maintain stable staffing levels.”

The goal is for the average social worker to have a caseload that is 75-percent full — an average that includes social workers who might be out on leave with a caseload of zero and others who are new and can’t handle a full caseload.

About half of the social workers at DCF currently have caseloads that are more than 80 percent full.

To get to that average 75 percent number, the report says, the department would need to hire 74 additional social workers and establish 19 social work supervisors.

Mancuso said discussions with staff and others indicate that some services for families and children are not readily available in certain areas of the state, including outpatient mental health services, in-home services, substance abuse services, domestic violence services, mentoring, supportive housing vouchers, foster and adoptive resources, and readily available placement and treatment options.

On developing case plans for children and families, the report said the agency’s antiquated computer system, known as LINK, presents challenges to staff. The report notes DCF has had to create additional reports to compensate for the shortcomings of the LINK system.

Mancuso wrote that the visits by social workers to see children in their homes cannot be tracked or analyzed accurately by the current LINK system.

“While the department has begun implementing efforts to improve this area of case management,” Mancuso wrote, “it is imperative that a process be developed to evaluate the progress.”

The report said that DCF staff are hampered in efficiently performing their work while in the field  because of a lack of “mobility technology.” Staff are unable to readily access their desk top system and case files when in the field, the report said.

Mancuso noted that the department must continue to look for opportunities to assist social work supervisors with additional training, mentoring, evaluation and workload reduction.

“We made real progress under Commissioner  Katz to meet court-ordered improvements at DCF, and we created a clear roadmap — including strategies and key resources — to address remaining areas of concern. We have deep respect for Commissioner Dorantes as she takes on this leadership role, and we look forward to working with her and her team to move the agency forward.”