Wentzell to take job at University of St. Joseph

Will serve as interim director of clinical education 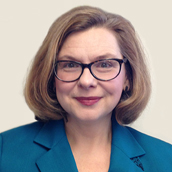 Dianna Wentzell, who has been serving as interim education commissioner, is going to take a job with the University of St. Joseph.

The state’s outgoing  Commissioner of Education Dianna Wentzell will become interim director of clinical education this summer at the University of St. Joseph in West Hartford.

Wentzell, who has been serving as commissioner on an interim basis since January, was appointed commissioner of education by then-Governor Dannel P. Malloy in 2015. She had more than 25 years of experience before then as an educator in the state.

“Our teachers are our heroes,” Wentzell said in a statement released by the university Tuesday. “This University is a leader in teacher preparation because of how it integrates real classroom clinical practice throughout the education and teacher licensure programs. New thinking is being applied to the preparation and placement of classroom teachers, and I’m excited to be a part of it.”

Wentzell became commissioner in Connecticut as a number of controversial reforms were being implemented including the introduction of a new state standardized test, new educational goals known as the Common Core, and new teacher evaluation procedures. She replaced Stefan Pryor who was criticized by teachers as having little background in education and little understanding of teachers’ perspectives. Wentzell was welcomed by many teachers because of her deep experience in the field.

A statement from St. Joseph said Wentzell has “focused on statewide reduction of the achievement gap, an increase in the racial and ethnic diversity of the educator workforce, and the implementation of more rigorous standards and assessments.”

University of St. Joseph Provost Michelle Kalis said, “We are excited to welcome Dr. Wentzell to USJ this summer.

“Her expertise is an exceptional addition to our outstanding faculty and staff, while her extensive experience, successful track record, and her local and national professional relationships will benefit our students and alumni.”

During a conversation with reporters Tuesday afternoon, Gov. Ned Lamont said he is getting closer to appointing a replacement for Wentzell. “The way things work, the [State Board of Education], they have to opine on this and we’ve made a recommendation. The process is in place.”

Last week Lamont reappointed two State Board of Education members who had retired. While those appointees will have to be approved by legislators, this means that the board has a quorum and can proceed with plans to recommend a candidate to the governor.