Federal aid for Puerto Rico, if passed, could spark rebuild 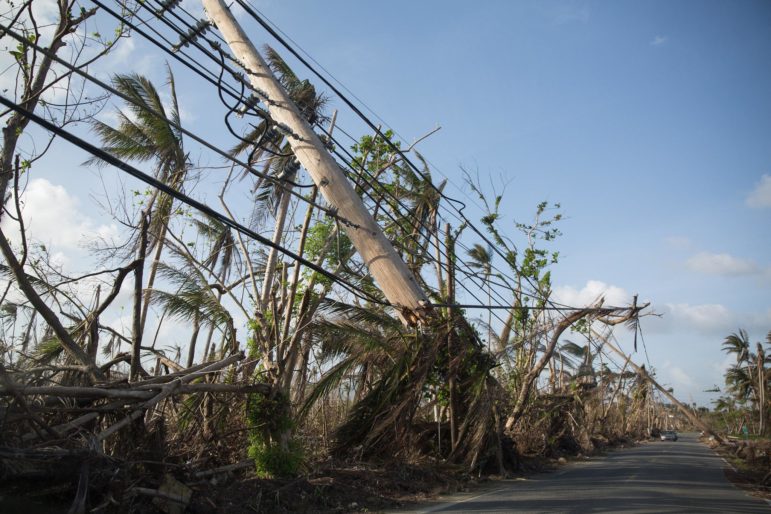 The United States Senate has passed legislation that would provide Puerto Rico with more disaster relief money. But its ultimate passage has been delayed.

The bill would allot $600 million in nutritional assistance to the people of the island and on paper, it would break down barriers that have hindered efforts to improve Puerto Rican infrastructure.

Sen. Richard Blumenthal (D-Conn.) and his colleagues in the Senate finally have a bill after battling Republicans who Blumenthal said didn’t want to give out the money. But now, the bill is held up in the U.S. House of Representatives because there wasn’t unanimous consent prior to the holiday weekend.

“This aid to Puerto Rico is long overdue and has been essentially held hostage by Republican negotiators way longer than there was any justification,” Blumenthal said. “There is sufficient resources to ensure that Puerto Rico will receive nutritional assistance [and] some investment in infrastructure so that they can rebuild and heal from Hurricane Maria.”

Jason Ortiz, the president of the Connecticut Puerto Rican Agenda, said that beyond the money, there’s one portion of the bill that could lead to the modernization of Puerto Rico’s infrastructure — waiving a provision that has been slowing rebuilding efforts.

“That particular switch is important and can allow for rebuilding efforts to rebuild with green renewable energy and stronger, more modern infrastructure so I do think that’s a big step forward for how the funding relationship between the United States and Puerto Rico currently operates,” Ortiz said.

In addition to the provision being waived and the $600 million in funding for a nutritional assistance program that’ll feed Puerto Rican residents, the bill includes $5 million to examine the performance of that program and an undisclosed amount of funding in the form of Community Development Block Grants.

Ortiz applauds this new allotment of money for Puerto Rico. But, he’s leery. The money may soon be allocated, but that doesn’t mean it’ll actually be spent. If it actually is, Ortiz wonders, will the government contractors paid for the job actually do what they’re supposed to do?

This story was first published May 24, 2019, by Connecticut Public Radio.

One thought on “Federal aid for Puerto Rico, if passed, could spark rebuild”