Newburgh, N.Y., may have a solution for blighted properties Connecticut can use 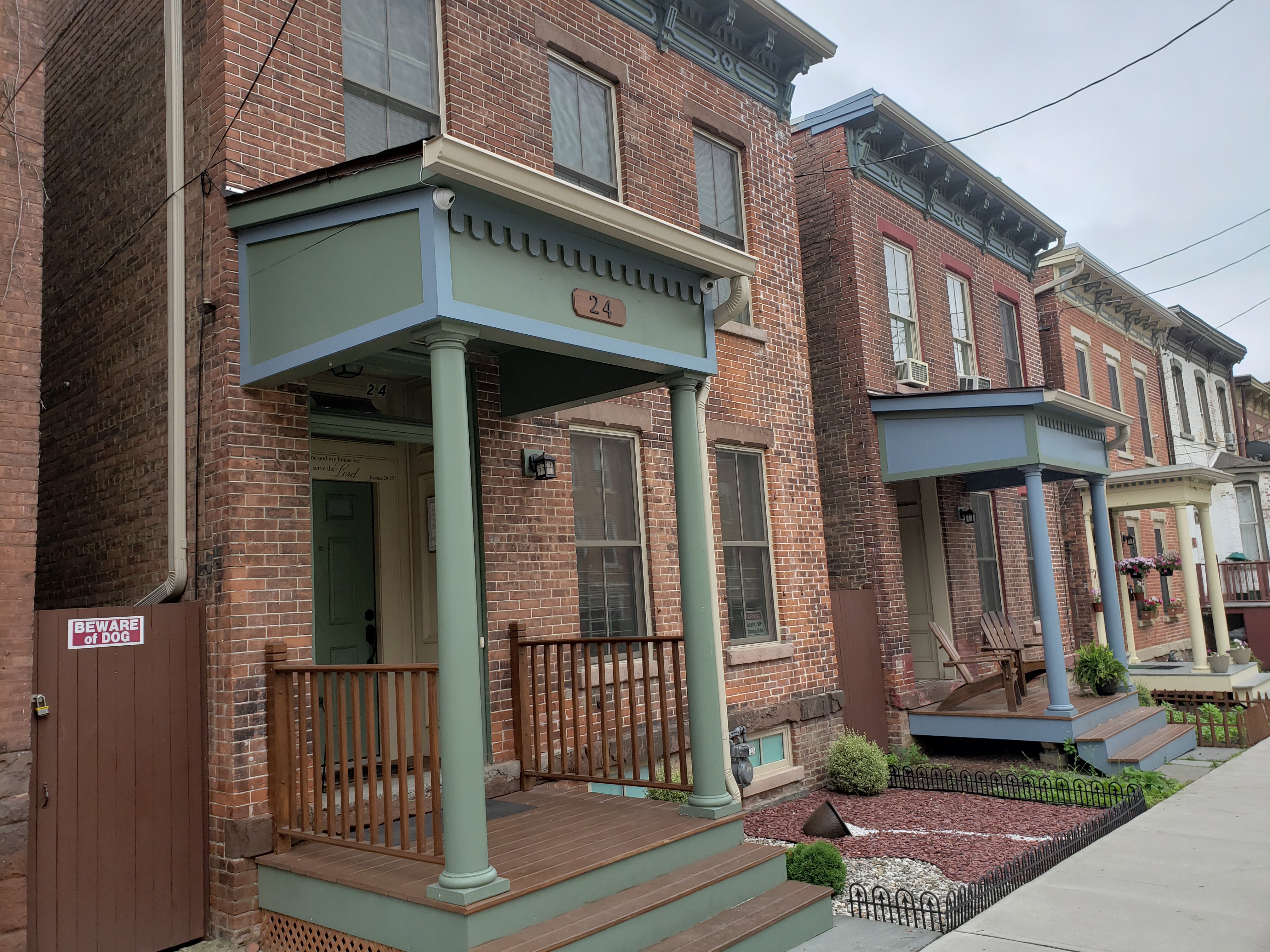 These two duplexes on South Miller Street had been vacant and abandoned before repair by Habitat for Humanity in concert with the Newburgh Community Land Bank.

NEWBURGH, N.Y. — South Miller Street is one of the toughest streets in the gritty little city of Newburgh, N.Y. Riven by poverty, blight, drugs and gang violence, a 2011 headline in New York Magazine labeled it the “Murder Capital of New York.”

Even so, sagging rooflines, broken entryways and boarded windows of two-story and three-story apartment buildings along the length of the short street are being repaired. The sound of falling hammers and buzzing construction equipment fills the air.

“Nobody wanted to live on this block,” said Allison Cappella, executive director of the Newburgh Community Land Bank on Thursday. “Nobody even wanted to walk here. Now people are buying properties.”

Newburgh is a city of roughly four square miles and 28,000 residents on the Hudson River a little more than an hour north of New York City. It has many challenges, but also many strengths. It has an upscale waterfront district, a deep-water port, a freight rail line, a hospital, and is near an international airport.

Many of its downtown buildings date to the 1800s and would be charming if they weren’t also falling apart.

The city has a strong cadre of individuals, nonprofits and business leaders working on revitalization — and a land bank that has proved a key tool in that effort. It’s a tool Connecticut cities are seeking to adopt as well.

The Newburgh Community Land Bank was among the first five land banks formed after passage of the New York Land Bank Act in 2012. The state now has 25. Newburgh’s land bank says it has rehabbed 61 buildings and several vacant lots, returning $5.2 million in value to the grand list.

Connecticut’s General Assembly unanimously approved land bank legislation in votes taken in May and June. Gov. Ned Lamont is expected to sign the legislation. Pushed by delegations from Waterbury and Hartford, the legislation allows municipalities to form land banks and allows the banks to hold property tax-free. These banks will also get a funding stream — half the property taxes yielded by properties returned to the tax rolls, at least for the first five years.

“A land bank is a special purpose entity that focuses on the management and cleanup of blighted, junk property,” said Frank Alexander, co-founder of the Center for Community Progress and a leading national authority. “City governments are not in the business of managing property. They are certainly not in the business of cleaning up and managing privately owned junk property.”

While there is a cost to properly run a land bank, cities have to factor in the money they spend on code enforcement, boarding up abandoned houses, mowing abandoned lots and demolishing structures that are too far gone, Alexander said.

Frank Alexander
Co-founder of the Center for Community Progress

“This would affect at least 300 or more properties in Waterbury,” said Connecticut State Rep. Ron Napoli Jr., D-73rd District. “It takes properties that are not marketable at all, has the city take them and hand it to this organization to get back on the grand list.”

Napoli is part of a delegation of Waterbury officials and staff planning to travel to Newburgh in late July to see a land bank in action.

In Newburgh, the land bank has used millions in state grants to repair roofs and pull out asbestos and other hazardous building materials, so affordable housing nonprofits and developers could afford to fix them up.

Three years ago, Hartford received $5 million from the Connecticut Department of Housing to launch a land bank. It has not yet started acquiring properties but has launched a survey of the condition of all city properties to help plan future efforts.

Hartford found its system of placing liens on blighted property wasn’t forcing owners to clean them up, said Hartford Blight Director Laura Settlemyer, who also doubles as chair of its land bank board. A land bank will give the city a means to deal with any properties it claims through liens, making it more likely to do so, Settlemyer said. It also creates an agent devoted solely to the mission of turning around derelict housing, as opposed to a city department with many duties.

“In communities where there is far more surplus property owned by the city than they can plan for and get back into productive use, the land bank is effective in creating that expertise,” Settlemyer said. “It’s more or less giving a nonprofit the powers and duty of a public entity.”

Waterbury Police Capt. Dan Lauer, the city’s blight czar, said the city’s land bank will rely heavily on community groups to determine the best use for properties. It will also partner with local nonprofits and banks to promote local homeownership, Lauer said.

The Newburgh Community Land Bank also strives to offer preference for new homeownership to locals. Its board also chose to focus its efforts on a 25-block area of the city with the deepest blight and crime problems. 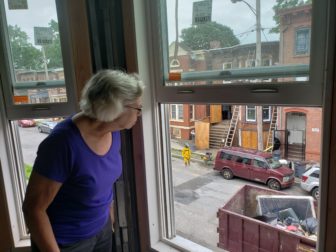 “The idea is to turn around some of these neighborhoods where you have seven or eight properties on a block abandoned,” said Lisa Daily, chair of the Newburgh Community Land Bank board of trustees. “We really wanted to hit the poorest area.”

Daily said Newburgh had previously tried to auction off properties. Often two years would pass without activity and the properties would revert to the city “in even worse shape,” she said.

There was a fair amount of community skepticism and resistance when Newburgh first launched its land bank. Residents worried the agency would gentrify the city, bring in new residents and price locals out of the market. Newburgh Mayor Torrance Harvey said that perception has abated, but not entirely disappeared.

“People should really take a look at how beneficial the land bank has been in terms of eliminating urban blight,” Harvey said. “It cost thousands and thousands to remediate old buildings. The land bank has truly been a very major piece of our revitalization effort.”

Harvey said he’s been sold by the change he’s seen in the city, including on South Miller Street.

“South Miller Street was one of the notorious, really rough, streets in the city of Newburgh,” Harvey said. “It had a really challenging reputation for drugs, prostitution – just a lot of violence. It has slowly but surely transformed.”

Sitting on a nearby stoop Thursday, 32-year-old Jalil McNair said he first noticed Habitat for Humanity repairing the duplexes last summer, along with other repairs on a building around the corner.

“Once Habitat started fixing them, everybody started,” McNair said. “It’s like a bug. It spread.”