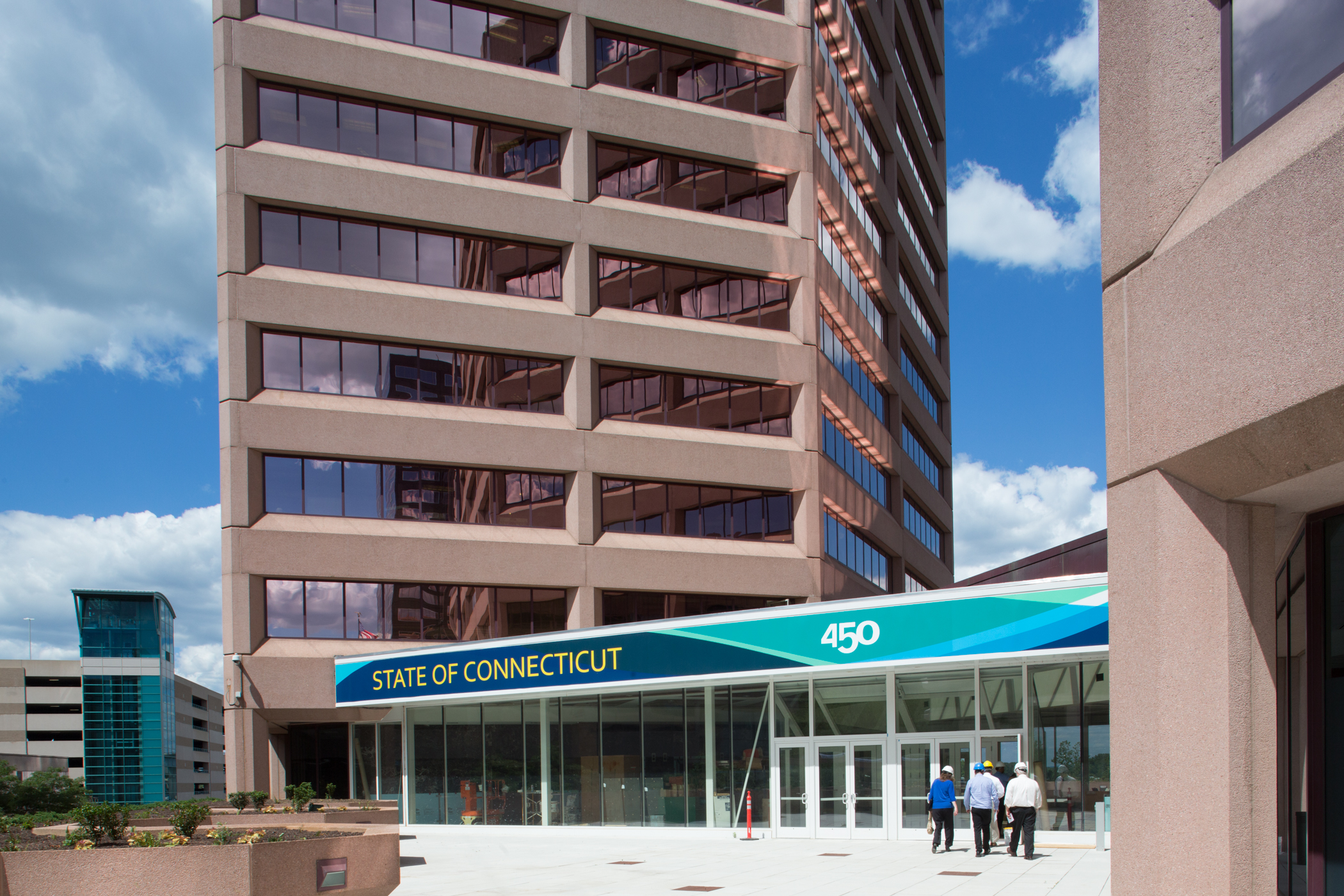 Former Gov. Dannel P. Malloy became one of Hartford’s most active landlords during his eight years in office, having approved the purchase of two major downtown office buildings for a combined $52.5 million — 450 Columbus Blvd. (formerly known as Connecticut River Plaza) and 55 Farmington Ave. (formerly owned by The Hartford).

Those purchases, covering nearly 1 million gross square feet, were part of a long-term strategy by the Malloy administration to reduce the state’s real estate costs by consolidating more expensive leased space into facilities owned by Connecticut taxpayers. At the time, the state said the deals would save taxpayers $200 million over a decade.

However, they also set off a debate that continues to this day.

The obvious downside for Hartford is that the state’s purchases took the properties off the tax rolls.

This is the fifth story in a series examining various ways Hartford might reduce its high  property tax rates. Here are the first, second, third and fourth.

“The upshot is that you have thousands of additional feet on the street,” said Lyle Wray, executive director of the Capitol Region Council of Governments, noting that the moves consolidated about 3,300 state workers to downtown. “There are indirect benefits to that.”

Still, in the years since, the MetroHartford Alliance, realty brokers, and others have called for the state to sell those and other Hartford properties to private owners in “sale-leaseback” transactions in order to get them back on the property-tax rolls. 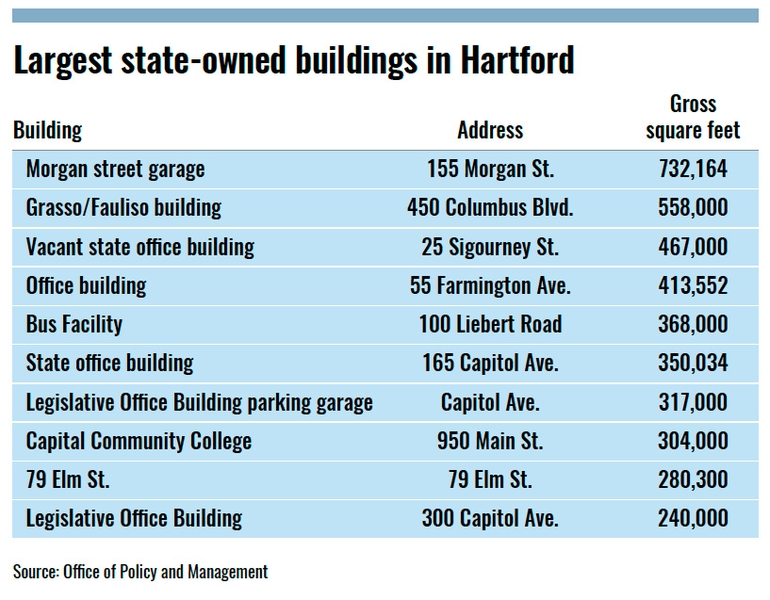 Overall, the state owns 7.7 million gross square feet of office and other space in Hartford and more than $820 million in assessed real estate value in the city, records show.

Lawmakers are uncertain about the idea.

He said the issue did not rear its head during the recently concluded legislative session. 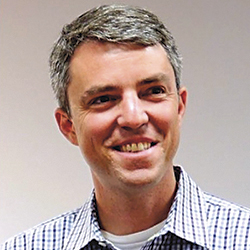 However, Josh Geballe, commissioner of the Department of Administrative Services, overseer of the state’s property inventory, said he will at least consider the idea.

“We are looking to analyze this in the coming months to determine if there are responsible alternate approaches to rebalance our portfolio of owned and leased office space that could potentially save taxpayers money,” Geballe said in a statement.

Mayor Luke Bronin said he’s approached the state about ways to decrease the amount of state-owned property in the city.

“I do think there are a number of buildings the state owns that could easily be sold into private hands with long-term leases,” Bronin said. “Putting people in the buildings was the right thing to do, but lease the buildings instead of buying the buildings.”

10 thoughts on “Solution: Sell off state properties in Hartford”