Charter schools in some cities enroll few students mid-year. Here’s why that matters. 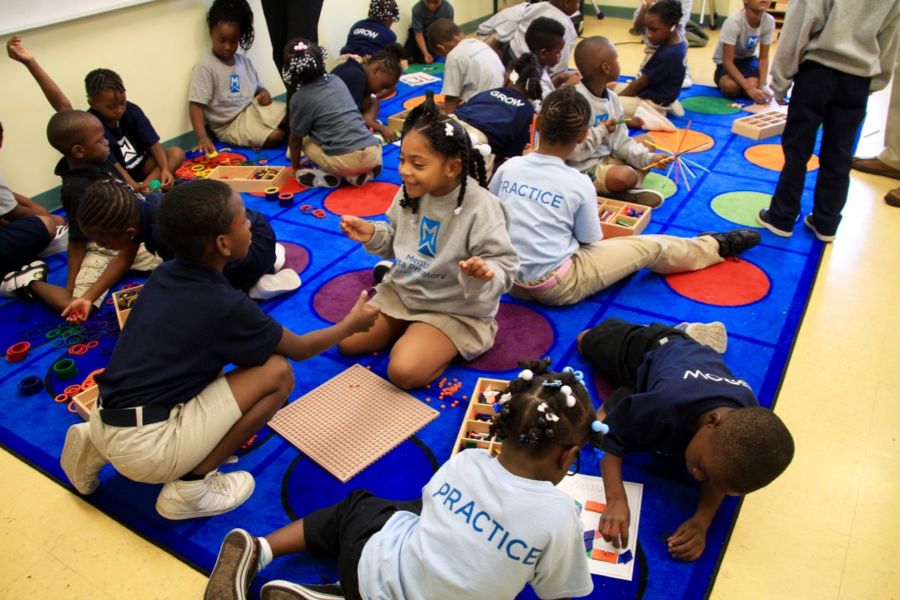 Students learn at Memphis Delta Preparatory, one of more than 100 charter schools in Tennessee.

Editor’s Note: Connecticut’s largest charter school operator is Achievement First. The system has been criticized over the years for pushing out too many students through discipline practices. A new report shows that the district continues to get paid for students who leave midyear.

Nearly half of all public school students in Washington, D.C. attend a charter school. But if a student shows up in D.C. in the winter or spring — or wants to transfer schools — the chance that they’ll end up at a charter school is vanishingly small.

That’s according to a report released by the Center for American Progress looking at the extent to which charter schools accept students during the school year. The average D.C. district school with 500 students takes in 38 additional students mid-year, it finds, while the average charter of the same size takes in just four.

The findings are significant because little is known about the issue nationally. But past research has shown that students who arrive mid-year tend to have lower test scores and may need extra support. In places where charter schools take fewer mid-year entrants, then, charters may get a performance boost over the district schools they often compete with.

“High levels of student mobility can have spillover effects on the rest of the kids in a school,” said Neil Campbell of the Center for American Progress, a progressive think tank that generally supports charter schools.

“If one part of the public school sector is not enrolling students mid-year, then those challenges are really concentrated elsewhere. That creates an equity concern, and a concern when you’re comparing results across sectors,” said Campbell, who wrote the report with CAP’s Abby Quirk.

The situation in D.C. also highlights how funding rules can provide little incentive for charter schools to replace students who leave — and that, in turn, limits the options of those who are new to the city or hoping to switch schools.

“We have a crazy funding system that pays all charter schools based on a single count in early October,” said Scott Pearson, the executive director of the board that authorizes D.C. charter schools. “If those schools lose students, if they take on students, there’s no financial impact on the school whatsoever.”

Charter schools across the country have long been dogged by claims that they push out struggling students. But the CAP analysis, echoing most other research, finds little evidence that students are more likely to leave D.C. charter schools than district schools. In fact, a slightly lower share of students leave charters in the middle of the school year — 4.5%, while 6% of district students leave mid-year.

D.C. charter and district schools diverge sharply in another respect, though. While less than 1% of D.C. charter students enrolled in the middle of the school year, nearly 8% of D.C. Public Schools students did.

Interestingly, D.C. district schools of choice — magnet schools and others that don’t have boundaries — also enrolled few students in the middle of the year, according to the CAP report. In other words, neighborhood schools took in the vast majority of students entering mid-year.

The analysis doesn’t look at the demographics or academic records of mid-year entrants or the consequences of mid-year moves on schools, but other research has.

A New York City study found that mid-year entrants had test scores that were far below average, and were more likely to be black, low-income, recent immigrants, and to have limited English proficiency.

The study also showed that other students saw test scores fall slightly as a result of many new students entering their school in the middle of the year. Older studies in Boston, Chicago, and Texas produced similar results, though again, the impact was small.

The test score benefits of not admitting many of those students can grow over time. Since mobile students tend to have lower scores, not replacing students who leave during or at the end of the school year might also allow schools to serve an increasingly advantaged population of students.

Little is known about the issue nationally

Whether a charter school enrolls students mid-year depends on a number of factors: Are there new students interested in enrolling? Will the school get any additional money? Are there seats available?

There’s remarkably little data on the extent to which charter schools nationally enroll students mid-year, so Chalkbeat reached out to a number of large networks about their policies. Most that responded said they did take students throughout the year.

A few provided data on the number of students who entered and left mid-year, and most had more students leave than enter: Achievement First, which has schools in three states (3.5% of students left mid-year vs. 1.5% entered mid-year); Concept Schools, which spans several midwestern states (8.7% vs. 4.7%); DSST, a Denver-based network (4.4% vs. 3%); Green Dot’s Los Angeles schools (7.5% vs. 4.8%); National Heritage Academies, a Michigan-based charter company (7.9% and 3.1% ); and Uncommon Schools in Massachusetts, New York, and New Jersey (approximately 7% for both entry and exit).

A spokesperson for the national KIPP Foundation said decisions about mid-year enrollment are left to individual regions. An older study found that in the 2010-11 school year, KIPP schools nationally saw 4% of their students enter mid-year, while 8% left mid-year.

Ryan Hill, who runs KIPP New Jersey, said his network takes students throughout the year, except at the end of high school. “We see backfill, whether it’s mid-year or end-of-year, as consistent with our mission,” he said. “Kids who move mid-year have to go somewhere, so we think the backfilling is part of being good partners with the district and the city in general.”

Hill said his schools enrolled 200 students in the middle of last school year, which was similar to the number of students — 197 — who left mid-year.

Success Academy has taken a different tack. The New York City charter network does not accept students after fourth grade, period. Success leader Eva Moskowitz has said those students are too far behind.

“It’s not really fair for the seventh-grader or high school student to have to be educated with a child who’s reading at a second or third grade level,” she said in 2015.

Architects of school choice systems have long wrestled with how to accommodate students who don’t participate in the choice process. A key problem is that the highest-performing schools often have few available seats, meaning new students get sent to struggling schools.

A recent study on Boston Public Schools found that students who entered the choice process late were more likely to be low-income and black or Hispanic. In turn, those families had less access to in-demand schools. Families entering mid-year also may not understand the choice process or realize that their options extend beyond their neighborhood school.

Denver Public Schools, which oversees enrollment in the city’s charter schools, has set aside spots in its most coveted schools for students who enter mid-year. The previous system “caused equity concerns,” then-superintendent Tom Boasberg said, “around a limited number of schools having that greater responsibility to serve a higher number of our highest-needs students.”

Another challenge is funding. Achievement First, which runs schools in three states, replaced most students who left in the middle of last year at its New York and Rhode Island schools, but did not in Connecticut. That’s because, a spokesperson said, the charter schools there get no extra money for students who enroll during the year.

Shannon Hodge, who runs Kingsman Academy in Washington D.C., faces a similar problem. Kingsman is a charter designed to serve students in grades 6-12 who are struggling — about 40% of its students have a disability, and 80% of its high schoolers are overage and under-credited.

“We’ve always felt like the types of students that we’re designed to serve will need us throughout the year,” said Hodge. Kingsman has taken students mid-year, but last academic year, for the first time, it cut off enrollment in early spring. “The students that we were getting had needs that far surpassed what we able to accomodate given our funding.”

Under D.C.’s funding system, charter schools aren’t incentivized to take on students mid-year, though they also don’t lose money if students depart before the year is over. Funding for the D.C. school district is slightly different, in that it includes increases for projected enrollment gains across the district as a whole.

Hodge thinks the system should change so that schools like hers will receive additional funding for new students. But she’s not sure how much this would influence other charter leaders’ decisions to leave empty seats unfilled, in part because of the pressure to raise test scores.

“Many of the students who are transferring mid-year are transferring precisely because they’re struggling,” said Hodge. “Most schools would prefer stability in their schools over additional funds.”

“If I were a school leader and I know that I’ll be evaluated by my PARCC scores in April, I don’t want any new students after October,” she said. “I want all the time I can get with the students I have so I can get my PARCC scores where I need them to be.”