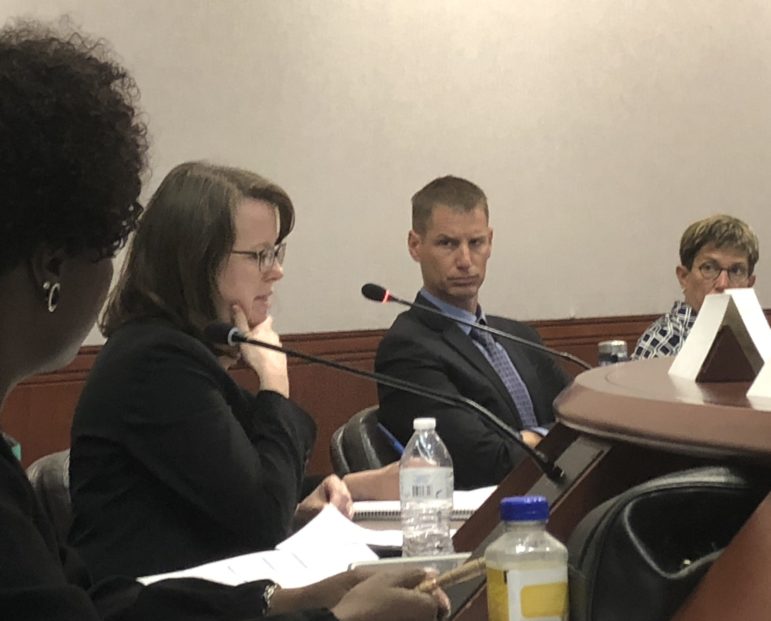 More than a year after the Judicial Branch became responsible for housing and treating delinquent children, officials continue to struggle with finding private vendors to open secure facilities for the state’s most troubled youth.

The Connecticut Juvenile Training School, formerly the state’s only high-security detention facility for boys, closed last year, passing the responsibility for treating at-risk minors from the Department of Children and Families to the Judicial Branch. In the 14 months since the Judicial Branch inherited the responsibility to find housing for the state’s youthful offenders, no new beds have been made available beyond those in the Hartford and Bridgeport juvenile detention centers.

Authorities have reached a deal with just one provider to open an eight-bed secure, community-based program in Hamden. It will begin treating children by August 2020, following significant renovations.

“I’m disappointed in where we are right now,” said Rep. Toni Walker, D-New Haven and co-chair of the Juvenile Justice Policy and Oversight Committee. “I would have liked us to be a lot farther along.”

At a recent JJPOC meeting, Julie Revaz, Court Support Service Division’s director of administration, said that one concern the department has heard is that offering secure beds for troubled youth is the state’s responsibility, not that of private vendors. “That’s a tough challenge to get around, if there’s a fundamental, philosophical belief that this is best done by the state,” she said.

Walker said she received messages from people after the JJPOC meeting saying they wanted to make a bid to open a secure facility, but couldn’t because they hadn’t been approved. “You have to be authorized in order to apply for any of them,” she explained. Walker said she understood that policy weeds out applicants who could not fulfill their contracts, but also said, “We’ve got to look at how people get on the roster to make bids to the Judicial system.”

There are usually between six and 12 children waiting for a bed to become available in the Hartford and Bridgeport juvenile detention centers, said Catherine Foley Geib, the deputy director for Juvenile Residential Services. Each child waits in the facilities’ pretrial units for between 50 and 60 days, on average, though some have waited up to 80 days for a bed.

“The detention centers were not built to hold kids for long term, for months at a time,” said Martha Stone, a member of JJPOC and the executive director of the Center for Children’s Advocacy. Noting that the detention centers are “cramped” facilities that have small recreational areas, Stone said there needs to be more urgency in getting the minors out of there.

“If I felt like the state was doing everything possible, then I wouldn’t be making such strong comments, but I don’t think that they are,” Stone said.

To help those children whose cases have been adjudicated but are left waiting for space in a secure program, Geib said her office developed a “Stage 1 treatment program.” Minors have begun receiving treatment from the pretrial section of the detention center while they wait for a bed to become available in the secure section.

The purpose of such treatment, Geib explained, is to make sure children’s time in the secure program is used as effectively as possible, so they can be released quickly and spend less time in a locked facility.

“We don’t want them to just be waiting on the pretrial side without engaging in that initial treatment,” said Geib.

Stone called such treatment “a Band-Aid approach,” and offered three suggestions to ameliorate the situation: have a different state agency meet with potential out-of-state providers, consider converting state buildings not currently in use to secure facilities, and have conversations about how to get children discharged more quickly from “staff secure programs.” These are operated in facilities that aren’t locked and are often used as a step down for children transitioning from more secure, locked facilities like those in the detention centers.

“Something needs to be done immediately,” Stone said.

Geib said demand for secure care has declined since the CJTS’ closure, and estimated the state needs between 32 and 40 beds. Currently, there are 24.

Several providers have opened “staff secure” programs in Milford, Waterbury and, soon, Hartford. Stone said youngsters in the smaller, less restrictive programs closer to children’s homes are better off than they would have been under the locked care at CJTS, but the children in the detention centers are not.

“Are the kids better off confined in the really small spaces, for months at a time?” Stone asked. “It’s not meeting what we all had envisioned when CJTS was closed.”

During the JJPOC meeting, Abby Anderson, the executive director of CT Juvenile Justice Alliance and a committee member, called for all branches of state government to come together and provide support to Judicial, as Connecticut reimagines how it administers juvenile justice. “Because right now we’re asking a system that was set up to do things in the old way,” she said, “… to help us do things in a way that wasn’t imagined when we came up with the system that we have now.”

Geib stressed that the programs currently offered in the detention centers are not forms of imprisonment. “What we’re providing is secure treatment,” she said. “We really want to discharge children as soon as possible, especially given the space limitations of the detention centers. It’s not somewhere where we like to provide treatment, but it’s where we have to provide it.”