His aunt saw red flags, police got a risk warrant 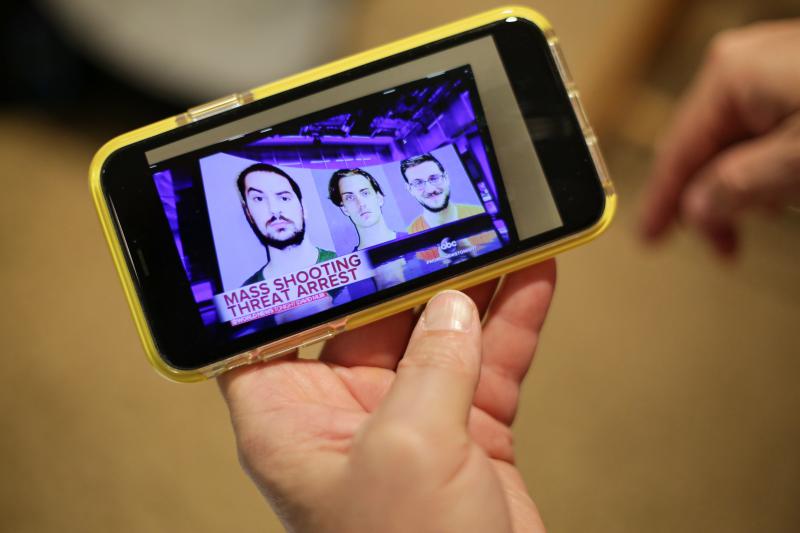 Melissa Potter was standing in her kitchen when the call came in. It was her estranged nephew, Brandon Wagshol, and she was surprised — he’d never called her before.

“When I saw his name on the caller ID, I got worried that maybe something horrible had happened,” Potter said. “Or, you know, maybe something was going on with the family that he needed to tell me about. So I picked up the phone.”

Wagshol didn’t say hello. Instead, he told his aunt that he was building an AR-15-style rifle and that he wanted to use her address so he could ship high-capacity magazines to her home in New Hampshire. But in Connecticut, where he lives, magazines holding more than 10 rounds became illegal to purchase, sell or transfer in 2013.

“I was trying to think of ways to discourage him because I knew this was not a good idea,” she said. “My heart was racing because I knew what he was asking me just sounded very suspicious.”

Her nephew’s call came just days after the mass shootings in Dayton, Ohio and El Paso, Texas. Potter stayed on the phone with him then — the call cut off.

“I was thinking about the mass shootings that have taken place where you see it on the news and read the stories that they have these high-capacity magazines,” she said. “When they intend to kill a lot of people they come in with a lot of ammunition ready to kill.”

She stood at her kitchen counter, shaken. 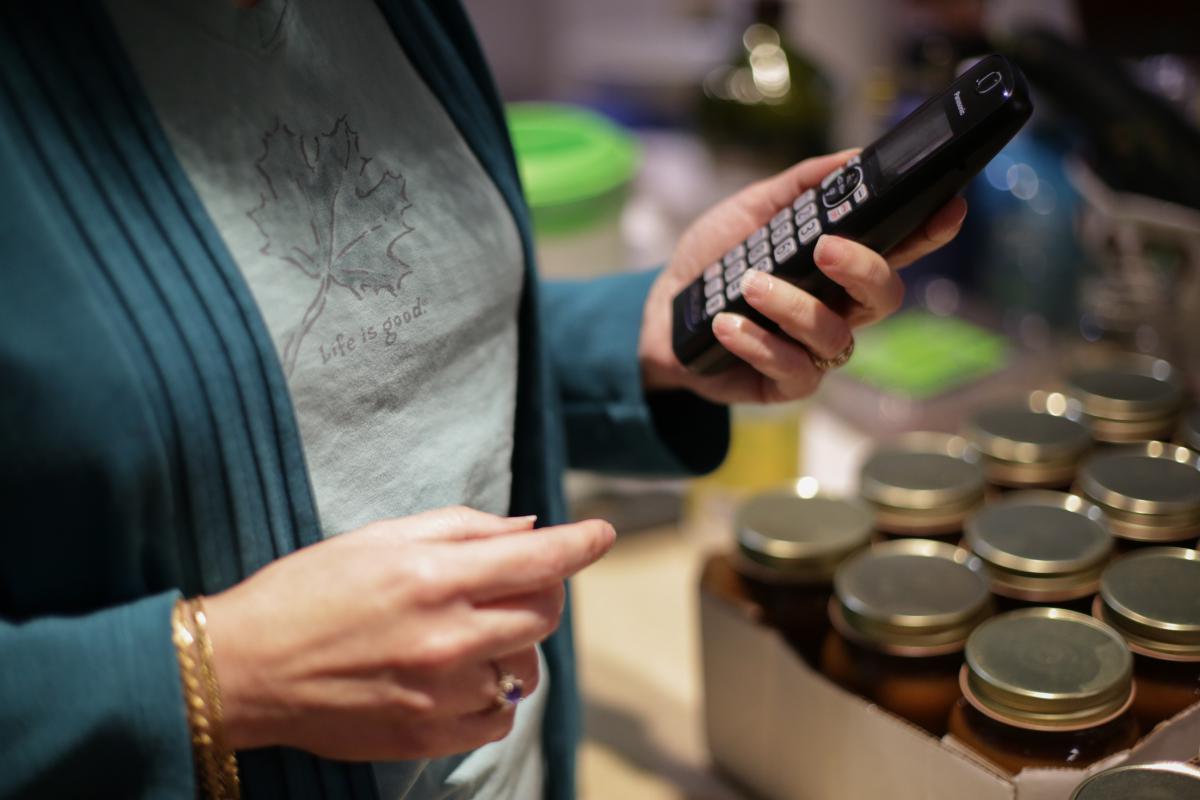 Melissa Potter was standing in her kitchen when her nephew, Brandon Wagshol called.

In the weeks following the shocking mass shootings in Ohio and Texas, the public searched for answers. Some suggested that so-called red flag laws, which allow police to seize firearms from a person deemed to be a risk to themselves or others, could be a valuable tool for police.

Connecticut has had a red flag law on the books since 1999. One of its key tenets: a risk warrant has to be substantiated by evidence and an investigation.

The concerns Melissa Potter felt after that phone call would ultimately lead police to use a risk warrant, which is an element of Connecticut’s red flag law, and to her nephew’s door.

Over the years, Melissa Potter said Wagshol had become the family member known for what she called “bad behavior” that often made the family uncomfortable. Sometimes, the family would try to invite only his mother to gatherings. Eventually, they stopped inviting them altogether — no weddings, no Thanksgivings, no anniversaries, no bar mitzvahs. It wasn’t an easy thing to do, but it was better than being uncomfortable.

After her nephew’s phone call, Potter found herself uncomfortable again, unsure of what to do next. She texted one of her daughters to tell her about it, then called her brother.

“You really want to ‘narc’ on your nephew?” he asked.

Potter felt her sister, Brandon Wagshol’s mother, needed to know. She left a voicemail telling Joanne Kirson everything Wagshol had told her over the phone about building a gun, about the 30-round magazines, about how concerned she was. But she waited about a week before calling the Norwalk Police Department. Then, a few days later at her New Hampshire town’s police station, through bulletproof glass with a little hole in it, Potter told a local officer, “I have a story to tell.”

Top of mind was the phone call. But Potter felt police needed to know about her nephew’s “history of behavior issues.” There were the school suspensions, the physical altercations with his mother, the “scary odd behavior.” The officer said he would follow up with Norwalk police.

Potter had told her wife Lee Ann about Wagshol’s phone call. Lee Ann was concerned enough to submit a tip to the FBI’s National Threat Operations Center and follow it up with a call to confirm it had been received.

“With all of the mass shootings, I mean, it became somewhat clear in my mind—this was not an idle thing,” Lee Ann said. “This was not one of those things to be taken lightly and you don’t want to have the death of a lot of people in this kind of a situation on your hands.”

A few days later when the FBI called the Potters, Melissa told them even more about Wagshol than she had told police. He had been suspended for grabbing a girl’s bottom in second grade. He had talked about hacking into government databases at Thanksgiving. He had dumped trash into his mother’s car after a disagreement. 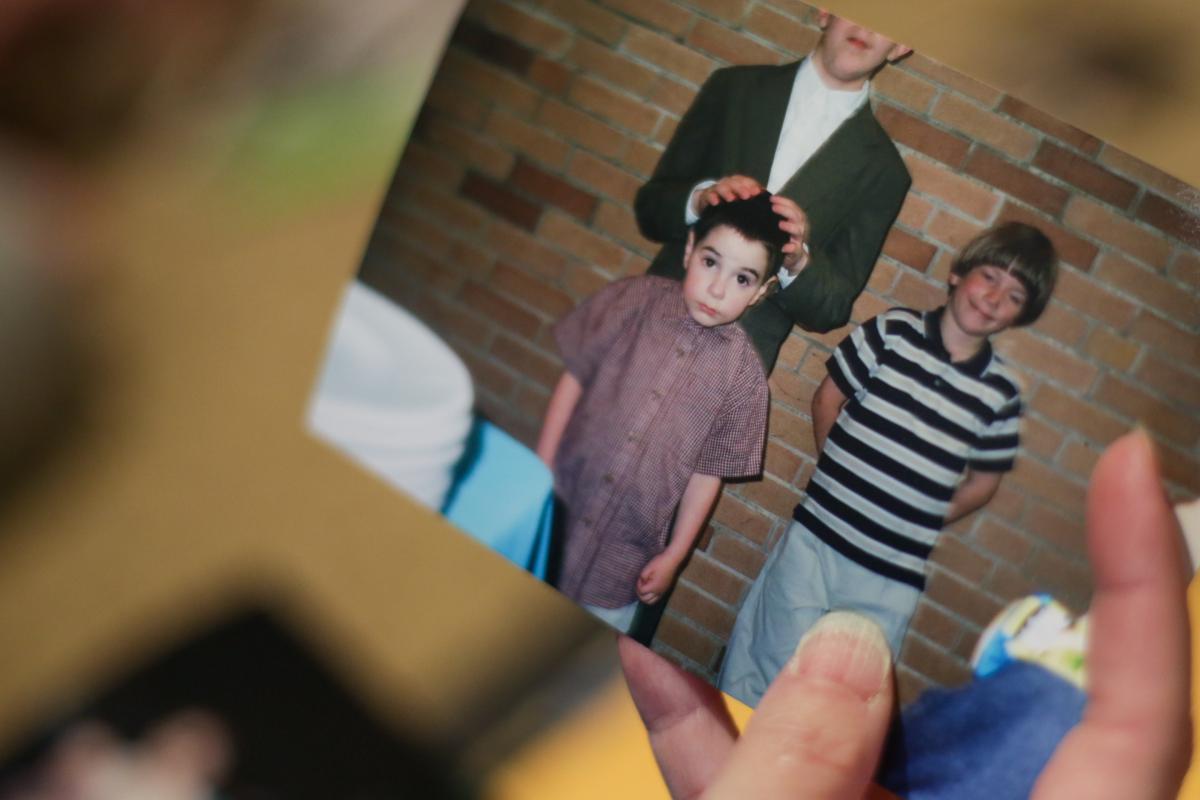 Norwalk police say their investigation of Wagshol revealed much more, with documented incidents dating back to 2008. While in sixth-grade that year, he told a classmate that he could make the mass shooting at Virginia Tech “look like nothing.” There were the firearms catalogues that his mother couldn’t get to stop coming to their house in the months following the Sandy Hook Elementary School mass shooting in 2012.

At one point, Wagshol listed “PLANNING MASS MURDER!!!” as an activity on his Facebook profile and “I’M GENOCIDAL” as an interest of his under “hobbies.” Waghsol’s mother told police he had been expelled from high school after researching the cost of buying a handgun on a school computer. He had been committed to a psychiatric hospital against his will. All of these incidents were documented in a series of Norwalk police records.

This history so concerned police that they applied for and received a risk warrant, which allowed them to search Wagshol’s residence and seize firearms and ammunition. Police told a judge that Wagshol presented an imminent risk of injury to himself or others, based on “well-documented threats of mass shootings, genocide and overall obsession to violence.” His “pursuit to obtain high-capacity magazines for an ‘AR-15’ style rifle presents a clear and looming danger,” police wrote in the application for the risk warrant.

That night, police say they found hundreds of rounds of ammunition, a pistol, a long rifle, a hand grenade and a receipt for body armor in the living room and bedrooms. While executing a search and seizure warrant, police found a titanium vest plate, camouflage clothing and a helmet. And in the car parked in Wagshol’s garage, officers say they found four 30-round magazines.

That discovery lead to Wagshol’s arrest. Lt. Terry Blake of the Norwalk Police Department was there that night and says the tips led to a successful investigation.

Though the guns were legally registered to Wagshol’s father, the police confiscated them under the terms of the risk warrant, because they were easily accessible.

“Wagshol did not commit that crime,” Blake said. “There’s no telling if he would or would not have committed that crime — only he knows that. But ultimately, that information that was gleaned from this was alarming. It does parallel information that’s been found post-event or post-shooting from other incidents around the country.”

After arresting Wagshol, Norwalk police contacted Central Connecticut State University where he was enrolled and living on campus for the Spring 2019 semester. The university decided to ban Wagshol from campus for the time-being and says it has heightened security around campus.

Wagshol has been charged with four counts of illegal purchase of a high- capacity magazine. He has not been charged with anything related to violence or planning a shooting. After more than two weeks in jail, Wagshol was placed on house arrest with a GPS monitor. He plans to plead not guilty to illegal purchase of high-capacity magazines at his next court appearance, according to his attorney.

Melissa and Lee Ann Potter were eating dinner when they saw their nephew’s mugshot appear on TV. They had no idea he had been arrested. Wagshol was pictured with two other men on ABC’s World News Tonight with the caption “Mass Shooting Threat Arrest.”

“It was kind of unnerving, but it was also kind of satisfying that our suspicions, that this phone call that I received and the conversations that we had with the police and the FBI, had come to fruition,” Melissa said.

About a week later, the family gathered for a big anniversary celebration. Potter had invited Wagshol’s mom, Joanne Kirson, hoping she would come and experience a reprieve from the news. Kirson didn’t show.

When the FBI and Norwalk police knocked Kirson’s door a few weeks earlier, she told them she was nervous but not surprised, according to the risk warrant. Kirson had texted with her son about the call to Potter the day before. When she asked why he needed an AR-15-style rifle, he said he “wanted one in the event World War III broke out.” And when she asked about the high-capacity magazines, Wagshol texted back with profanity. When the FBI asked Kirson if she thought her son was capable of committing a “mass shooting or similar horrict act,” she said she couldn’t say “No,” according to the risk warrant.

Ultimately, Melissa Potter says she made the best choice by calling the police. It wasn’t an easy decision, especially because it would likely hurt her sister and their already strained relationship. She says she’s glad to be free of the guilt of staying silent before a possible mass shooting, but not free of shame.

“There’s also a feeling of shame that’s associated with it,” Melissa said. “How could this happen to a member of my own family that could have possibly even thought about killing innocent people? It is a shameful thing. In the Jewish religion, we say it’s a ‘shanda.’ So it’s a shameful thing that you don’t want to share with people.”

Lee Ann Potter says she feels neither guilt nor shame.

“It’s always somebody’s family member,” Lee Ann said. “And if the family members don’t want to speak out for whatever reason, it’s never a good situation that results.”

U.S. Sen. Chris Murphy visited York, the state's only prison for women, to collect information on the Second Chance Pell pilot program, a federal grant that aims to reduce recidivism by expanding access to education for incarcerated people.