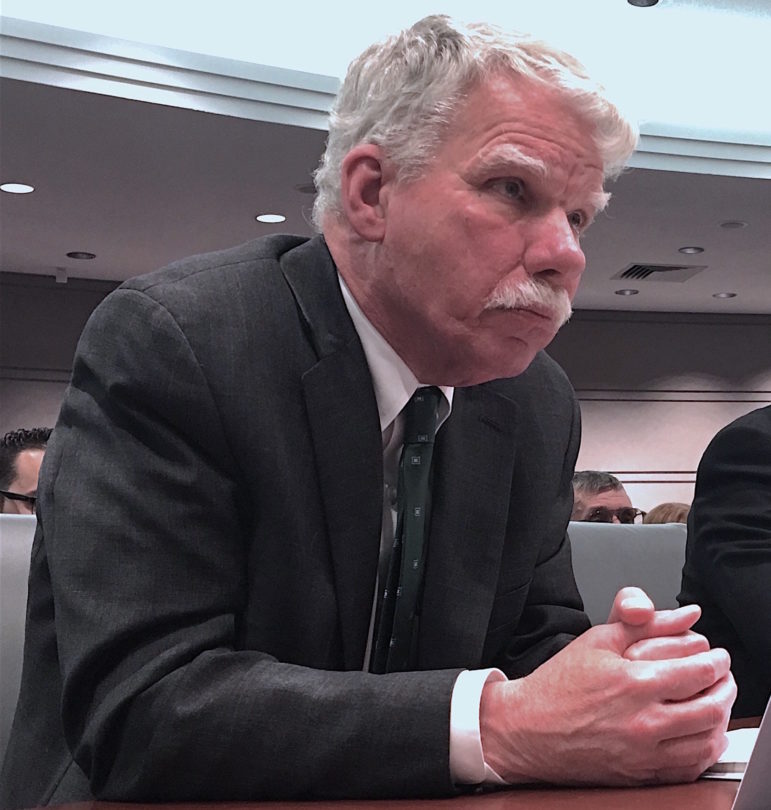 The state’s top prosecutor said four so-far unissued reports on fatal police shootings in the Hartford Judicial District are “untimely.” But in a memo to the state’s Criminal Justice Commission, Chief State’s Attorney Kevin Kane said the delays “may be understandable,” and he doesn’t recommend that Hartford State’s Attorney Gail Hardy be fired.

The cases stretch back as far as 2008. In each, Kane said Hardy reported to relevant parties like families and police that the use of force was “justified.” But he said the reports were never formally completed.

In the memo released last week, Kane said the reason the reports aren’t finished remains unclear. But he noted that Hartford’s district is “one of, if not the busiest in the state” and said it may have been understandable if Hardy put those reports on hold to handle other urgent matters.

“It appears that State’s Attorney Hardy’s decision that the use of force was justified in each case was appropriate, but the process was not officially completed and officers who were cleared of criminal liability, the police departments that employed them and the public for whom we all work deserved a timely report and explanation,” Kane wrote. “State’s Attorney Hardy is working to complete the reports.”

“This memo does nothing more than give several uncompelling excuses for why it’s taken, in some cases over a decade, for these investigations to be completed,” McGuire said.

“State’s Attorney Hardy’s actions show the need for real change to the way prosecutors are supervised,” McGuire said. “Incidents like this show the public and communities that are directly impacted by police violence that the system is not working fairly.”

Kane called Hardy “honest and conscientious” in his report and said he feels strongly that the commission should not fire her. Instead, he recommended the commission meet with Hardy to discuss the delays in a closed session “to consider whether discipline such as a period of suspension or oral or written reprimand are in order,” Kane wrote.

No determination has been released. Kane said that case is being “reviewed actively” and is not untimely.

Kane was originally scheduled to retire on Nov. 1, but he delayed the move at the request of the Criminal Justice Commission, which asked him to investigate Hardy’s handling of the police shooting reports.

This story was first published Nov. 27, 2019,  by Connecticut Public Radio.