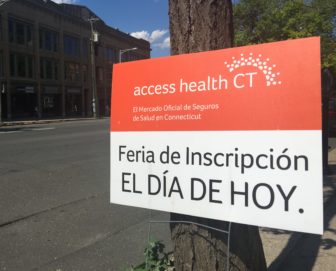 Access Health has extended its enrollment period until Jan. 15 to allow more residents to select coverage.

Access Health CT, the state’s insurance exchange, has extended its enrollment period for 2020 health plans to Jan. 15. The original deadline was on Sunday.

Coverage will begin on Feb. 1 for people who sign up during the extension. Plans will start on Jan. 1 for anyone who registered between Nov. 1 and Dec. 15.

Access Health had enrolled 102,589 residents as of Friday. The majority of those people signed up for health plans in 2019 and re-enrolled; 15,067 of them were new customers, according to exchange figures.

People who signed up for coverage in November and December can change their plan during the extension, but they must pay their January premium bill for the original policy, Access Health officials said. Their new coverage would begin on Feb. 1.

“We know there are customers who are automatically enrolled in a health insurance plan every year who do not notice changes in their out-of-pocket costs or premiums until they use their plan or get their bills,” Access Health CEO James Michel said. “There is a lot to think about when selecting a health insurance plan and we want to make sure our customers are able to pick the best plan for themselves and their families. We hope this extra time gives them the ability to make sure they picked a plan that fits their needs and gives them the best value in 2020.”

People who receive federal subsidies – about half of those on the exchange – will see a decrease in their premiums next year.

Access Health workers are trying new approaches this year to reach the nearly 187,000 Connecticut residents who are still uninsured.

Using tools that analyze census tracts, exchange workers identified neighborhoods within cities where a majority of the uninsured people live. In October, they began canvassing homes in those areas – knocking on doors to chat with people about the range of health plans, state subsidies and other available services. Thousands of homes in Hartford, Bridgeport, Norwalk and Fairfield were expected to be visited.

Kathleen Tallarita, a spokeswoman for Access Health, has said it’s too soon to determine whether the effort has inspired more uninsured people to seek coverage.