Best of 2019: A millennial’s view on staying in Connecticut 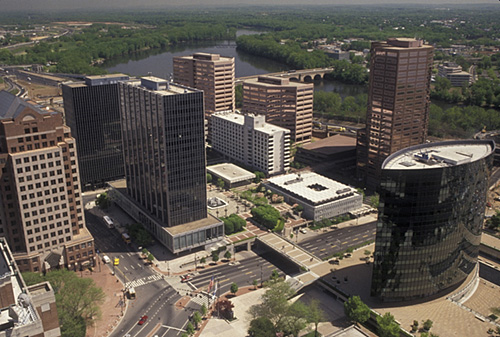 This Viewpoint was originally published in CT Mirror on October 28, 2019.

On an otherwise uneventful Wednesday evening, I was about to leave one of my favorite Hartford happy hours when I overheard an exciting statement from a fellow millennial sitting next to me. “I was going to leave Connecticut until I got involved in state politics and then I decided to stick around,” she said to her friend.

If you’ve been reading the recent opinion pieces around the state, you will have noticed the dyspeptic arguments against living here. It’s been a seemingly endless flow of discontent and I’m tired of rolling my eyes so often. So in spite of the obvious risk of being called naive and reductive, I’d like to offer one millennial’s thoughts on staying in Connecticut.

I was elated to hear a fellow local millennial who wants to stay in Connecticut as a result of involvement. This is not the first time I’ve heard this kind of talk from my own generation. I live in downtown Hartford and the young people here are consistently enthusiastic about seeing Hartford flourish. We want to live somewhere unique and personal. We want to make Connecticut cities our own.

Here are some statistics in case you’ve been busy preparing a lackluster Dear John letter for when you leave the state with clenched fists. In April of this year, Bloomberg reported that 75 percent of recent movers to the New Haven-Milford area are millennials. Admittedly, there is an overall outbound trend when it comes to Connecticut movers, but they are largely part of the older generations — people from 45 to 65 and older. One study shows that millennials equal roughly 40 percent of movers coming into Connecticut.

Presently, millennials constitute well over one third of the nation’s workforce and our values and lifestyles are already changing the way companies think about workplace culture and benefits. On the whole, we’re also more educated and more ethnically and racially diverse than the generations before us. We have a wonderful advantage to bring about the change we want to see in Connecticut if we just get involved. But we also need to be prudent enough not to take our cues from the naysayers within the Baby Boomer generation.

The cynic in me says New Englanders tend to be an inherently grumpy, dissatisfied group. Misery loves company. On the other hand, the realist would argue that the complainers do have certain rational points to discuss but would rather flee than take part in the sometimes long, arduous political process of engendering change. While I think our state can learn from the criticism from members of the Connecticut Disgruntlement Committee, those critics should also be willing to step up and get involved.

The folks who incessantly bemoan Connecticut but choose to do nothing constructive in their communities abdicate their civic duties by falling into the uninspiring tide of antipathy.

The perfunctory but effective citizen does not exist. You can make a difference by writing a letter to your representative, attending a town meeting, organizing an event, peacefully protesting at the capitol, calling your senator or having meaningful dialogue with your neighbors.

While you’re at it, get out to a Yard Goats or Athletic game, volunteer, take a stroll around the state’s many parks and historical sites, attend some of the best festivals and fairs in New England, stir your interest in the arts at nationally-recognized theaters statewide, satiate your palate in the many top-notch Connecticut restaurants, breweries and vineyards.

The folks who incessantly bemoan Connecticut but choose to do nothing constructive in their communities abdicate their civic duties by falling into the uninspiring tide of antipathy.

Beyond all these great things in which to get involved, it’s time to accept that the talents, skills, ideas and ambition of the citizenry is what makes a state thrive. The people —diverse and multitalented— make the place. Our collective community involvement, pride in our cities, and, ultimately, our state count for a lot more than we care to acknowledge. Civic engagement connects us with people, challenges us to listen to one another, encourages us to speak with our politicians and to participate in local events.

Complaining about bygones and what ifs (although I do wish the Whalers would make a glorious Hartford comeback one day) doesn’t move our state forward. We, especially the millennials of Connecticut, need to create the state we want to live in through civic engagement. Vote, run for office, rally together, innovate, show up and speak out even when you don’t feel like it, hold elected officials accountable.

Millennials have an increasingly direct, tangible responsibility in designing this state’s future, both politically and culturally. If we decide to stick around, as my fellow millennial said, then we have taken the first step in our civic engagement —recognizing our dynamic and growing foothold in every sphere of Connecticut society. Let’s not take it for granted.

2 thoughts on “Best of 2019: A millennial’s view on staying in Connecticut”