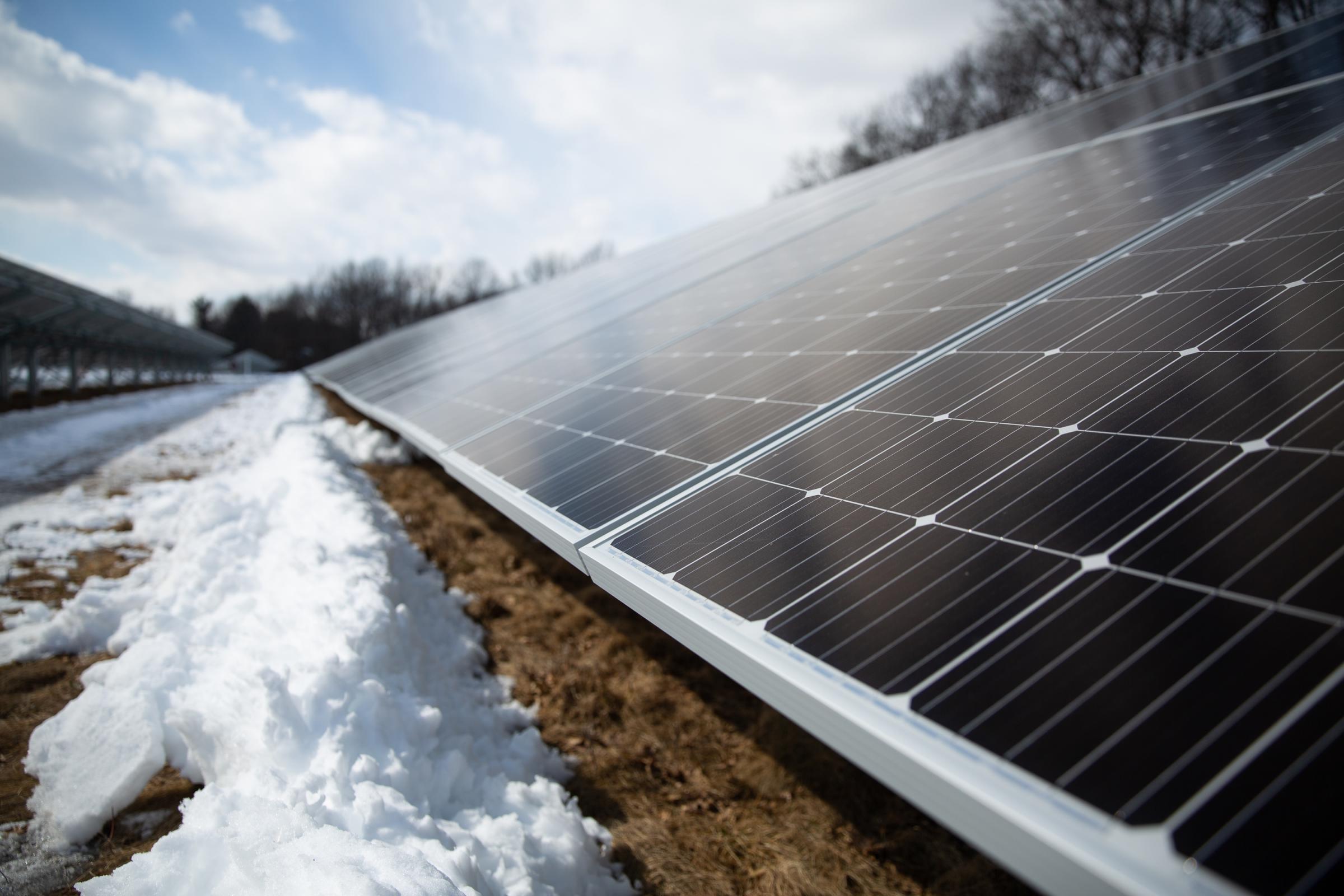 Panels at the state’s only shared solar array in Bloomfield, pictured last year.

If you rent or can’t put solar panels on your roof but you want to support solar energy, you can subscribe to what’s called “shared solar” and get a credit to lower your electric bill. But regulators in Connecticut say the state’s two biggest electric utilities are dragging their feet on developing rules for the program.

The state has only one shared solar array online at the moment. Lawmakers want the program to expand, with plans to open the shared solar market to more developers next year.

But in a letter earlier this month, the Public Utilities Regulatory Authority, or PURA, said utilities United Illuminating and Eversource are holding that up.

Charles Rothenberger, an attorney with the advocacy group Connecticut Fund for the Environment/Save the Sound, said timelines matter.

“We want people to know that Connecticut is open for business for these sorts of projects, so they can think about us as a market that they want to participate in,” Rothenberger said.

PURA’s letter said recent paperwork from UI and Eversource failed to adequately comply with state timelines for developing rules around the program. And if the utilities don’t put in a “good faith effort” to do that by a new deadline of March 17, the agency said both utilities will face daily fines.

“I think the letter is encouraging,” Rothenberger said, “as it really underscores PURA’s interest in having this program up and running in a timely fashion.”

In separate statements, UI and Eversource say they plan to refile plans with state officials by the new deadline.