New Haven searching for a fix to its broken recycling program 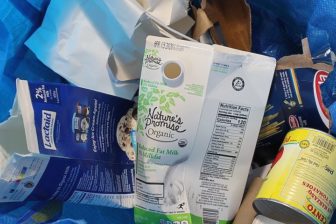 Recycling is broken — and New Haven is struggling to find solutions to how to fix it.

“When you look at something on paper and it looks really attractive, the truth is it’s much more complicated,” Barbour said.

EAC Chair Laura Cahn said she asked Barbour and New Haven Public Works Director Jeffrey Pescosolido to the council’s monthly meeting at City Hall because so many people have asked her questions about recycling to which she did not have the answers.

Plus, Cahn knew that the state Department of Energy and Environmental Protection (DEEP) had commissioned a study on one potential solution to New Haven’s recycling woes and she had never heard its outcome.

New Haveners manage to put about 17 percent of their waste in recycling bins for the city to take away. This is far below Connecticut’s goal of diverting 60 percent of its waste from landfills by 2024.

Around a decade ago, the recycling rate in New Haven was much lower, at 9.5 percent. New Haven managed to turn that trend around by moving to single-stream recycling and upgrading its facilities. Barbour said that officials thought that number would keep going up. But the rate flattened after hitting 15 percent.

Then a major setback came in 2017 when China announced it would no longer import as much recycling from other countries as it had in the past. 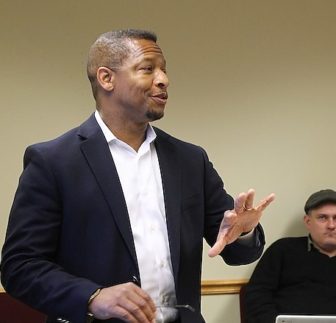 +“Ninety percent of our stuff was going over to China. They were taking all of our plastics, cardboard, paper, you name it. Anything that was coming out of your container here was going over there,” Barbour said.

However, much of this recycling was contaminated. Cardboard had been left in the rain and ruined, or people threw in items that could not be recycled, like shoes or rubber gloves.

“We were in essence shipping them our garbage,” Barbour explained.

When China stopped taking much U.S. recycling, that upended recycling centers across the country. With a small number of companies interested in buying the material, some centers have decided to close.

“We have somewhat of a crisis in Connecticut. It’s not only statewide; it’s national,” Barbour said.

Taxpayers in New Haven will feel that crisis in their wallets as the city makes less and less of its money back, Barbour said.

“We’re hoping that somewhere along the line the market turns again,” he said.

He recalled a similar moment in 2007 where recycling centers could not find anyone to buy the materials. “But I don’t think we can sit back and afford to do absolutely nothing,” he said.

Much of Barbour’s presentation has been told before in other ways. Cahn sought to focus on a study by ZeroWaste, Inc. on a potential solution: “Save Money And Reduce Trash” or SMART.

Under that idea, New Haveners would buy an official trash bag (or bin or sticker) for the city to collect. Rather than paying for the entire city’s trash processing in taxes, residents would pay for the amount they individually waste. The idea is to encourage everyone to think more about what is recyclable or pay a penalty for failing to do so.

City Engineer Giovanni Zinn said he has been watching versions of this idea for years.

“There’s no question that nationally, the diversion rate goes up. There’s no way to get over 50 or 60 percent diversion without something like this,” Zinn said.

Zinn had a major caveat though. He said SMART works like a regressive tax. Whereas landlords and homeowners pay property taxes, renters pay the trash bag fee themselves. For some families, that is just one bill too many.

Barbour agreed, “There are folks who are struggling to put food on the table. Adding the cost of a waste bag is not something I think the city should do,” he said.

Environmental activist Aaron Goode told the room that New Haven’s trash gets burned in Bridgeport, causing respiratory problems and contributing to greenhouse gas emissions.“That’s a regressive tax too. We should never lose sight of that,” he said. 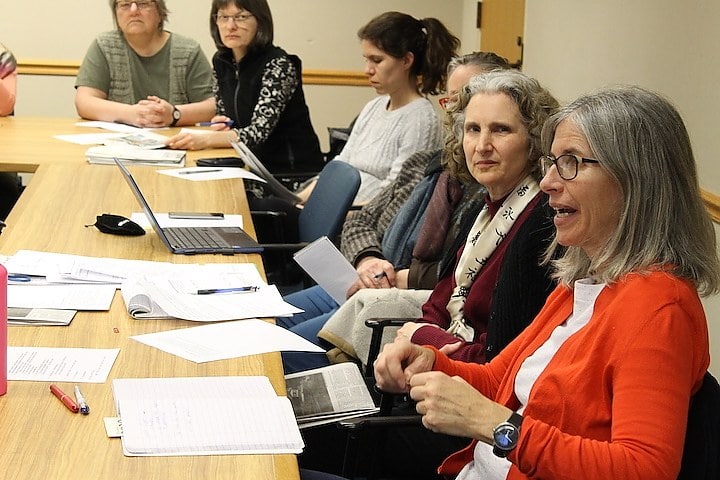 The city could resume re-segregating recycling materials. Glass in particular breaks up between city houses and recycling centers and embeds itself in other materials. This cheapens the quality of other materials and makes them harder to sell.

This would be a major logistical challenge, Barbour said. The city would need to figure out new trucks routes, and neighborhoods would need to make space again for more bins.

“I’m hesitant to put that genie back,” he said.

The only major change Barbour supported was requiring companies that manufacture materials to take them back when consumers are done with them. This already happens with some products, like mattresses.

What Barbour primarily proposed was for all New Haveners to learn how to use the current system better.

“My dream vision would be everyone recycling the correct way, all your bottles, the tin cans going to the right place,” Barbour said.

The recycling authority explains what to recycle and how on its website (empty milk containers and screw the cap back on) and links to RecycleCT where people can search for specific items and how to recycle them.

After hearing Barbour’s input, Cahn said that the advisory council should focus on an educational campaign. Meeting attendees threw out ideas, such as making a banner like the one International Arts & Ideas Festival uses and continuing previous New Haven sticker campaigns. (The stickers are still housed in the New Haven Department of Public Works.)

Public Works is also pitching the city on the same program Hamden has started, to collect clothes and other textiles in a pink bag. These materials cannot be recycled in the single-stream process. However, companies are interested in repurposing them.

One attendee mentioned that she was shocked when she moved from California at the level of recycling on the east coast.

Zinn said the attendee was right and that he has seen the recycling rates from other states at national conferences.

“It was amazing to the west of the Mississippi. Berkeley had a 90 percent diversion rate,” he said. The high rates spanned rich and poor neighborhoods and different geographies.

“There’s something culturally different about the northeast that we haven’t unlocked.”