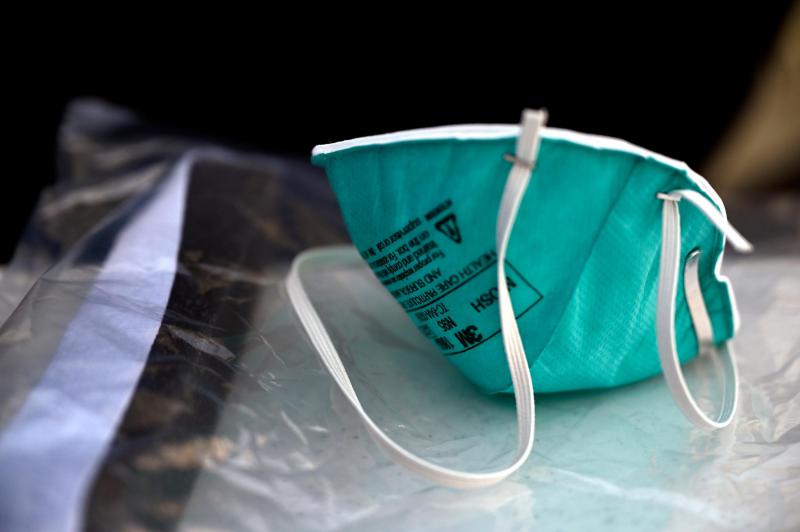 Hartford Health Care officials say they need 12,000 to 15,000 masks a day for the medical personnel in their system.

Connecticut will be forced to cut back on testing for COVID-19 because of shortages of protective equipment like medical masks, gloves and gowns despite hospital efforts to conserve or reuse some key equipment, officials said Thursday.

Gov. Ned Lamont said continuing full-scale testing outside hospitals would use up critical personal protective equipment (PPE) needed by nurses and doctors caring for coronavirus patients and others in the hospital wards.

“We really need those nurses in the hospitals taking care of patients,” Lamont said at his regular afternoon briefing on the crisis.

Nurses across the state are growing increasingly worried because of the shortages and some of the steps several hospitals are taking to conserve or reuse equipment, according to Anne Hulick, a spokesperson for the Connecticut Nurses Association.

“It’s having a huge impact on nurses across all health-care settings,” Hulick warned Thursday. “There’s a huge concern about not enough masks, not enough gloves… I think they’re scared.”

“Some nurses are wearing home-made cloth masks,” Hulick said, adding that such improvised protection “may help some… but there’s no research to support that.”

“This puts people on the front lines at tremendous risk,” Hulick said. She added that the shortages are impacting not just hospitals but also nursing homes, medical clinics, doctors’ offices and first responders.

Hulick said a major concern, even at facilities that currently have enough protective equipment, is what will happen if the predicted surge in COVID-19 cases hits. Connecticut experts say they expect the number of coronavirus cases to double every three to five days and that the health-care crisis may not reach its peak for several weeks.

Hartford Health Care officials say they need 12,000 to 15,000 masks a day for the medical personnel in their system.

“The lack of a federal government coordinated response has left states really in the lurch.”

U.S. Sens. Richard Blumenthal and Chris Murphy, both Connecticut Democrats, warned that the intense efforts by individual states and hospitals to buy PPEs is creating chaos and driving up prices for things like hospital masks and gloves. They repeated their calls for the federal government to take over the medical supply chain and for President Trump to order industries to produce more of these critical medical products. 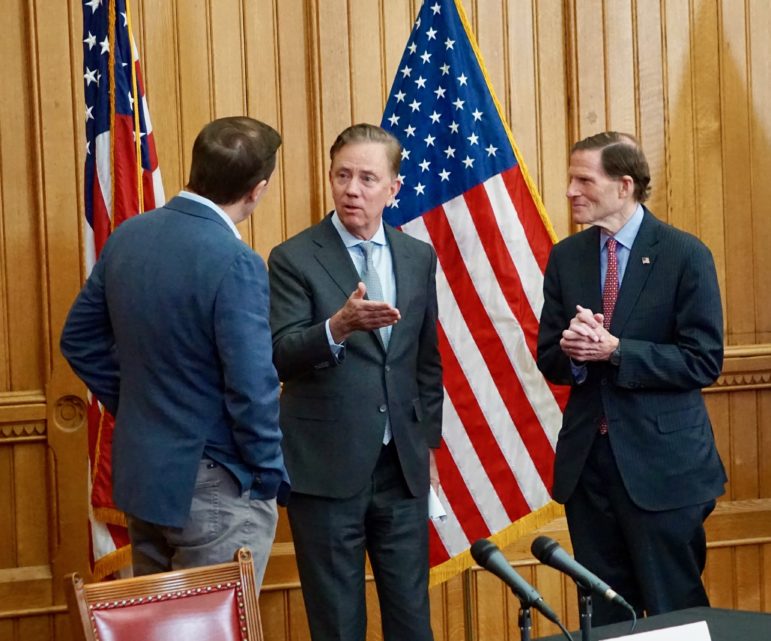 “What is occurring today is an absolute disaster,” Murphy said at Lamont’s media briefing.

“PPE and [coronavirus] tests are going to the highest bidder,” Blumenthal said, rather than going to hospitals and regions with the greatest need.

“We’ve got 50 states tripping over each other,” Lamont said in echoing the need for a much stronger federal effort to get the supplies needed to battle the COVID-19 pandemic.

Hulick agreed, saying that “the lack of a federal government coordinated response has left states really in the lurch.”

Middlesex Health in Middletown currently has a shortage of swabs needed for COVID-19 tests and the swabs are being rationed for use on the hospital’s sickest patients, according to spokeswoman Amanda Falcone.

John Cappiello, a spokesman for Bridgeport Hospital, said that facility is now “reprocessing some personal protective equipment in strict compliance with CDC guidelines.” 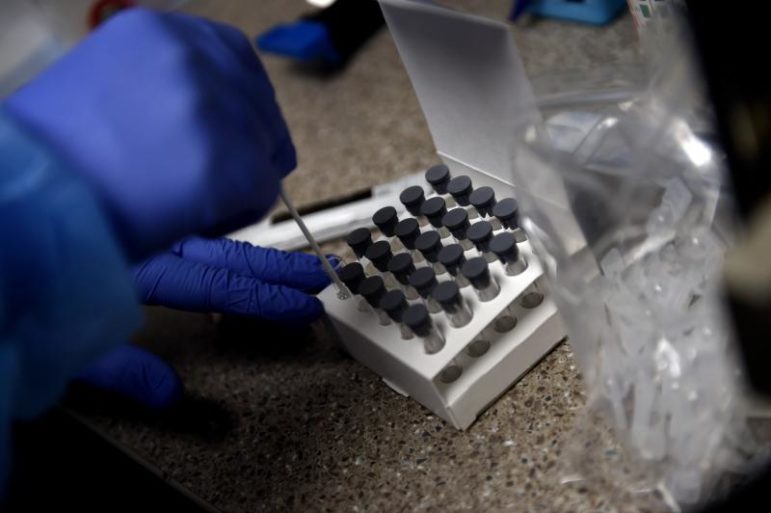 COVID-19 testing at the Urgent Care Center of Connecticut in Bloomfield.

“We are managing to meet our patient care needs so far,” Cappiello said.

But Hulick said nurses around the state are also worried because there “have been conflicting recommendations from the CDC about protective equipment.”

“The problem is there has not been a lot of clarity from the CDC,” Hulick said of reusing protective equipment or employing home-made masks.

Several Connecticut hospital officials said Thursday they currently have enough supplies of masks and gloves for nurses, doctors and other medical workers, and are conserving supplies by using telemedicine so medical personnel don’t have to see all potential patients in person.

Stamford Health spokeswoman Andie Jodko said Thursday the hospital in that city has “the PPE and pharmaceuticals we need to keep our staff safe and to care for our patients, but because this is a fluid situation, we do have concerns.”

“Because of the rapid spread of COVID-19, we are using PPE at a higher rate than normal,” Jodko said. Among the measures the Stamford hospital is taking to conserve protective equipment is “reusing certain types of PPE and encouraging reuse when it is deemed safe safe and clinically appropriate” by experts.

Josh Geballe, Lamont’s chief operating officer for the state and the person heading up Connecticut efforts to get more medical supplies in this crisis, said many of the state’s hospitals “are already getting dangerously short” of key protective equipment, test kits and ventilators.

Geballe said this state has now ordered $14.9 million worth of special equipment, protective clothing, masks and gloves. He said the state got its first delivery on those orders Thursday – a shipment of coveralls – and that four other shipments of key supplies like 500 cases of gloves and 3,000 thermometers are on the way.

But Geballe said there is “a global shortage of PPE, ventilators, sanitizers.”

“States are competing with each other,” Geballe said, adding that individual hospitals in Connecticut are also scrambling on their own to secure critical supplies.

Geballe said Connecticut has now “received some small supplies” from the strategic national reserve of medical equipment. He said this state has multiple big equipment requests pending with the federal national reserve.

Another source of medical equipment is coming from donations from now-closed schools across Connecticut and from dental offices, Geballe said.

The Department of Correction has started having inmates manufacture cotton fabric facemasks “for use in situations where N95 respirators or surgical masks are not available,” officials said in a statement Thursday.

Manufacturing of the masks in five prison workshops began on Monday and more than 3,300 masks were produced in the first two days, according to corrections officials.

“These masks are intended for use in emergency situations when no other option is available,” officials said.