A plea for science 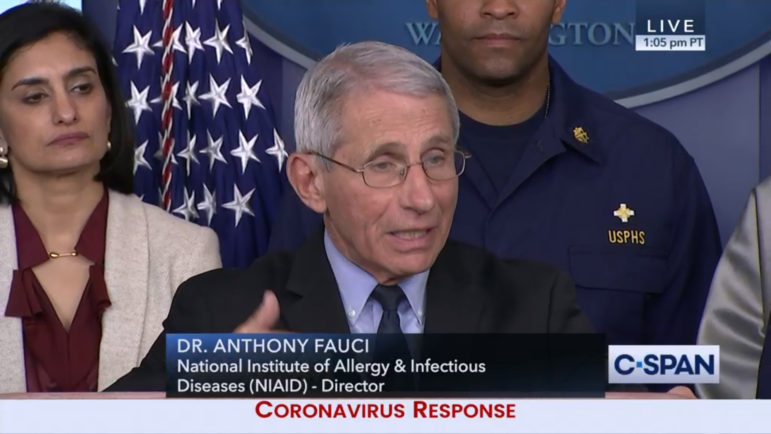 As a retired physician and eye surgeon, one of my most difficult tasks was telling my patients who no longer had adequate vision that they could no longer drive. True, this was not a life or death decision, however to many of them it might well have been. Their initial response to me was almost uniformly, “But doctor, I don’t need to drive a lot. I promise to only drive to church on Sundays.”.

“AND THAT IS EXACTLY THE POINT!” I would respond with true empathy for their situation. “But with your limited vision, do you really want to be driving to church where the streets and parking lots are often crowded with families and people of all ages crossing the streets in front of you?”. Although not happy with my answer, this line of discussion made sense to them and then we went forward with discussions of alternatives. This was utilizing science to explain and deal with a very emotional situation.

There is talk now by the administration of this country in their daily briefings and tweets that the United States should abandon a shelter-in-place policy for a return to normal daily life and a business-friendly directed policy. The president continues to tell our citizens that he wants to see all of the church pews filled for Easter. His daily briefings continue to marginalize rational voices like Dr. Anthony Fauci, and has co-opted Dr. Deborah Brix to twist his message to actually speak mistruth to the public.

We have already all witnessed an initial denial of the seriousness of this highly contagious virus causing consequential delays in preparedness, and a continued lack of national leadership in preparing the various regions of our country to deal with the exponential rise in the number of ill citizens that is coming rapidly.

I urge every person in this country to carefully and thoughtfully listen to the science.

The time is now, not next month or even next week! We need honest scientific analysis and reporting, and then to heed the advice. Unfortunately, this will not come from Mr. Trump and his team. If there can’t be an independent advisory panel of viral specialists and epidemiologists nationally, then I urge every governor, senator, representative, mayor, and town leader to seek sound scientific medical advice and act appropriately. I further urge our news outlets to continue to spread the truth about this dire situation, and not cower to Trump’s frequent and false declarations of “Fake News.”

As an example, already over 160 health workers in Boston have tested positive for COVID -19. The prime minister of Great Britain has tested positive. Yet each day we are bombarded by pictures of Trump and his associates standing shoulder to shoulder and totally ignoring obvious guidelines for avoiding spread of this extremely contagious virus.

If we lose our front-line defense, we will all lose. This is a plea from a private citizen who cares not only about my health and the health of my immediate family, but also the health of all of the citizens of this country. Don’t be led down the path of rosy promises of a great future by false hopes of a man who is more interested in his private agenda then the lives of our fellow citizens.

I urge all of us to continue to shelter in home until we are told it is safe by the doctors and scientists who really know the truth about the severity of this virus and have no political agenda whether republican or democrat.

For your own sakes – Stay Safe. If you agree with this message please pass it on to as many people as possible by whatever means possible.

One thought on “A plea for science”