Speaking up about COVID-19 — the risks and your rights 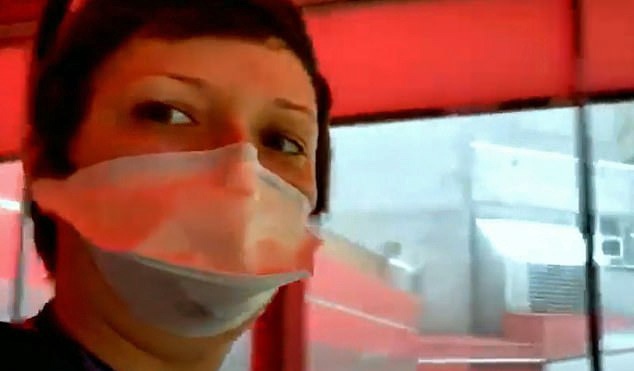 Dr. Colleen Smith speaking out about the medical needs of her hospital in Queens, N.Y.

In a recent social media video, an emergency room doctor from a Queens, N.Y., hospital, Dr. Colleen Smith, said, “I don’t really care if I get in trouble for speaking to the media.  I want people to know that this is bad, people are dying. We don’t have the tools that we need in the emergency department and in the hospital to take care of them.”

The “tools” she referred to included personal protective equipment (PPE) such as N95 masks, face shields, medical gowns and gloves.  Healthcare workers throughout the country have pleaded that they desperately need more PPE.  With Connecticut having the fourth highest number of COVID-19 diagnosis per capita, the shortage is particularly acute.

They have been forced to risk their own lives — and the lives of their families — for the sake of their patients.  For example, in Boston, more than 160 hospital workers already have tested positive for COVID-19.  In Ohio, 20% of the individuals diagnosed with the coronavirus are healthcare workers.  And, in addition to facing the health risk, it is becoming apparent they also face career risk if they speak out about the lack of needed gear.

In addition to facing the health risk, it is becoming apparent [healthcare providers] also face career risk if they speak out about the lack of needed gear.

A Chicago nurse filed a whistleblower claim alleging she was fired for warning colleagues that the masks they were provided by the hospital were inadequate.  An emergency room doctor in Washington state who publicly pled for PPE on social media and through the news media was fired.  Multiple complaints have been filed by the Washington State Nurses Association.  In addition to complaints about the lack of PPE and being threatened with termination for refusing assignments due to safety reasons, the Association claims that nurses were threatened with disciplinary action if they spoke to the media.

If an employee in Connecticut is terminated or disciplined for speaking out about the lack of PPE or COVID-19 exposure, she may have a claim under Connecticut’s “free speech” statute if she can prove that she was exercising her rights under the Constitution.  The employee’s speech must relate to a matter of public policy.  Concerns about inadequate PPE or exposure to COVID-19 likely would qualify.  The employee also would need to show that exercise of her free speech rights did not interfere with her work performance or her normal relationship with her employer.

If a healthcare worker is terminated because she raised concerns about inadequate PPE or COVID-19 exposure, she may have a wrongful discharge claim.

In a 1997 case an airline pilot was terminated after refusing to fly to Bahrain based on what he believed were threats to his health and safety.  The Connecticut Supreme Court held that there was a “clear and defined public policy requiring an employer who conducts business in Connecticut to provide a reasonably safe work place to its employees.”

The only relevant inquiry, according to the court, is whether “the employee is discharged for refusing to work under conditions that pose a substantial risk of death, disease or serious physical harm and that are not contemplated within the scope of the employee’s duties.”  Based on that decision, healthcare workers fired for complaining about having to work without adequate PPE may have a claim for wrongful discharge.

The manner in which an employee communicates a complaint about the lack of PPE will play an important role in the level of legal protections.  For example, many employers have policies restricting workplace-related social media posts.  However, exercising such free speech rights might be protected under the National Labor Relations Act.

Employees who resign generally are not entitled to unemployment benefits.  However, an employee who resigned for “good cause attributed to the employer” might be eligible.  The employee would need to show that she left the job for reasons that would compel a reasonable person to leave — with no reasonable alternative.

As well, an employee who refuses to work may be protected under the Labor Management Relations Act, which protects a worker from being replaced if she stops working “because of abnormally dangerous conditions.”

Healthcare workers should be justifiably praised in their battle against COVID 19.  They simply need the proper tools to fight the battle.

When firefighters go into a blazing building, they also face tremendous risk.  However, they do so wearing proper protective gear.  They are not handed buckets of water and told to do their best — and not complain.  Hopefully Connecticut’s employment laws will provide legal tools needed by our health care workers who have not been provided with all the medical tools they need.  And the heroes on the front lines like Dr. Smith – who just tested positive for COVID-19 — can focus on health rather than potential penalties for speaking the truth.

Gary Phelan is an attorney with the Stratford-based law firm Mitchell & Sheahan, P.C.